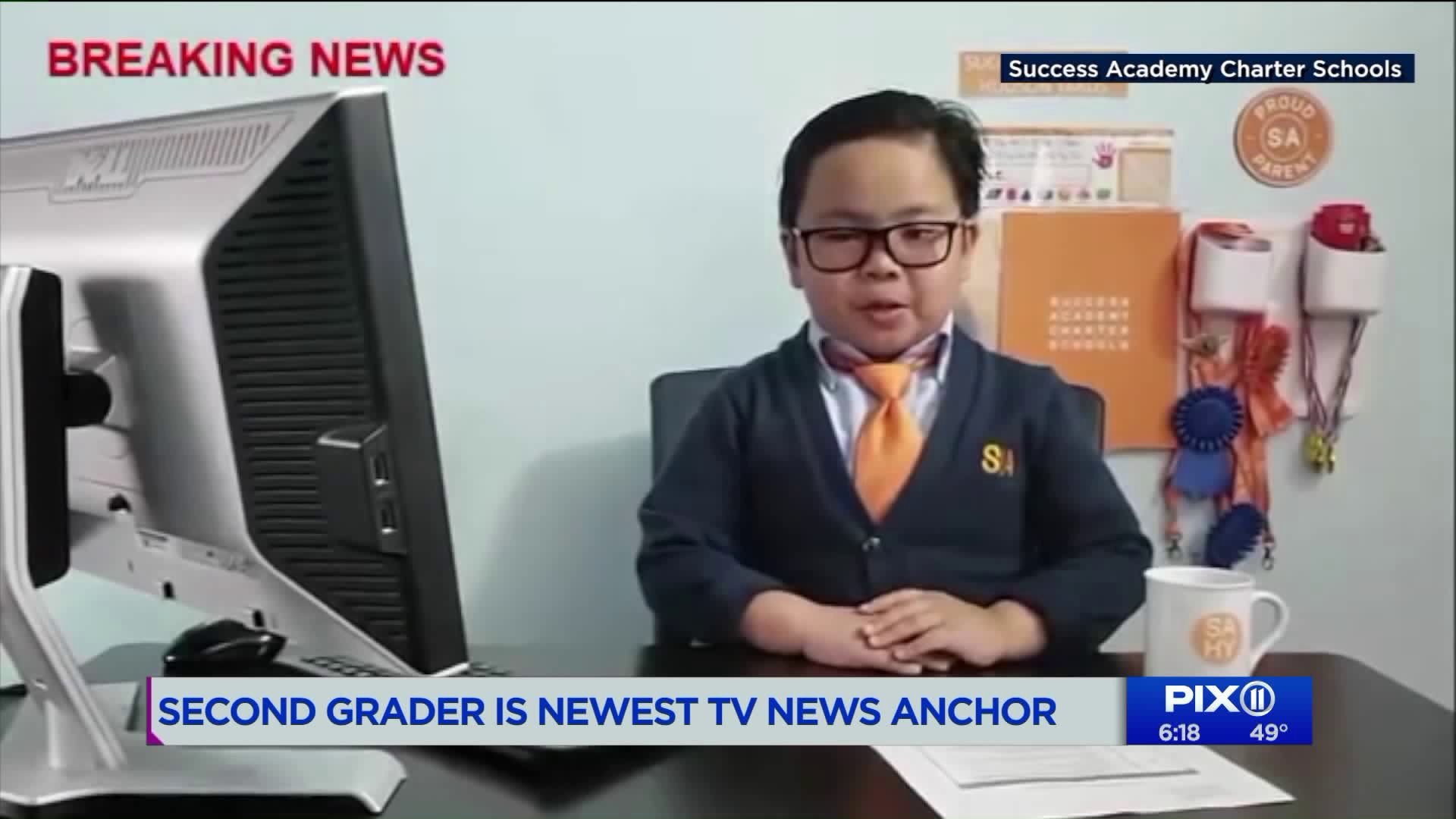 He took on the role of a TV reprter for a class assignment and wowed his classmates. Now he`s looking to take it even further.

NEW YORK CITY - Meet Jericho Jose, a second grader who loves to cook, enjoys math and as it turns out, has a knack for TV news.

It was a video project where Jericho took on the role of a TV reporter for a class assignment on the Northern Cardinal that wowed classmates and faculty at Success Academy Hudson Yards. It also caught the eyes of the team at WPIX.

“It’s great to see a scholar and a family work together and take an idea and really turn it into something really cool and really unique,” said teacher Brianna Levy.

Meanwhile, a very modest Jericho gave credit where it was due.

“It was all my family’s idea and because of that we were able to make something so fantastic,” he said.

After seven days of shooting and getting the lines just right, Jericho said it was all worth it - especially after getting his own feature on WPIX.