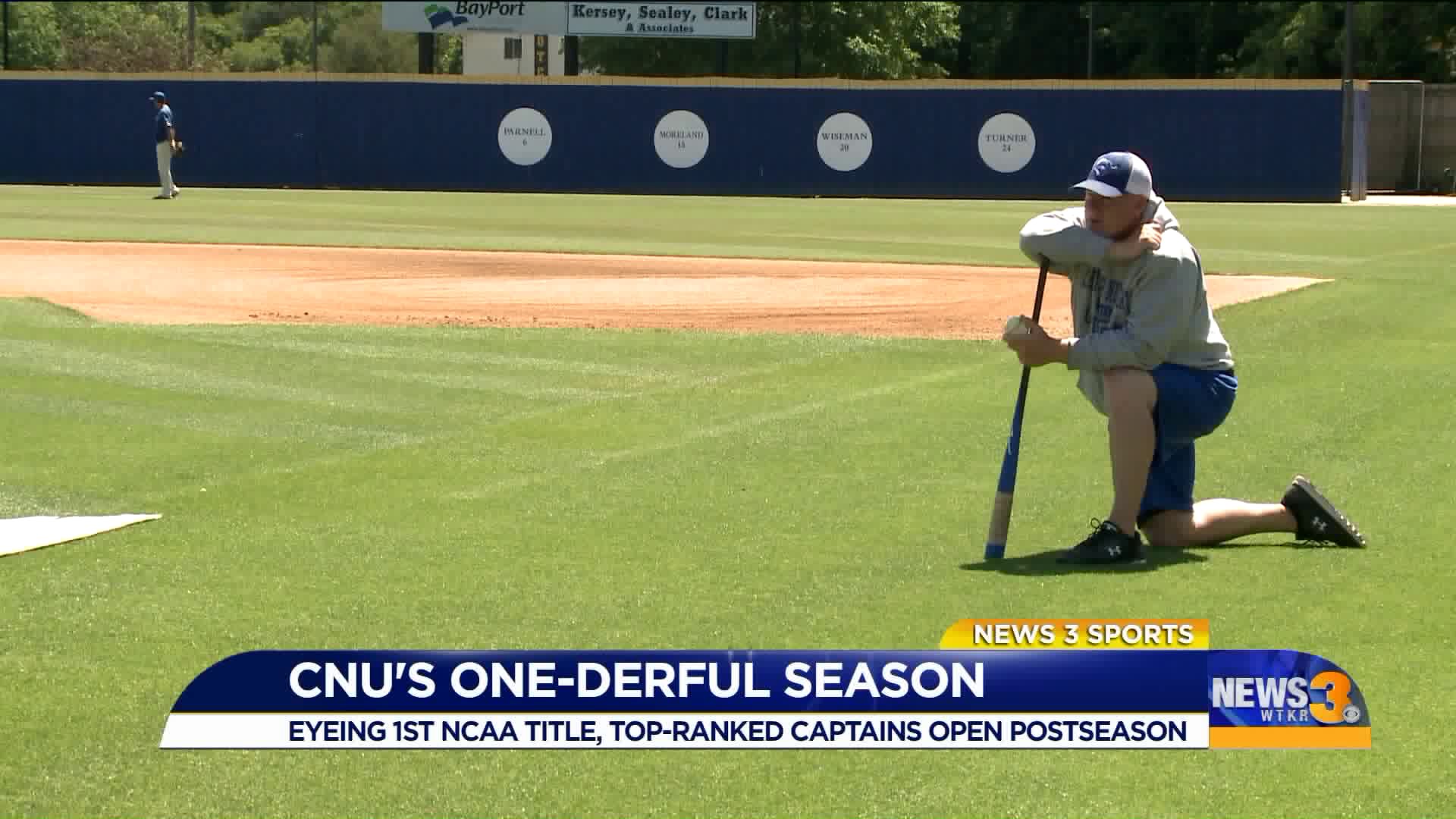 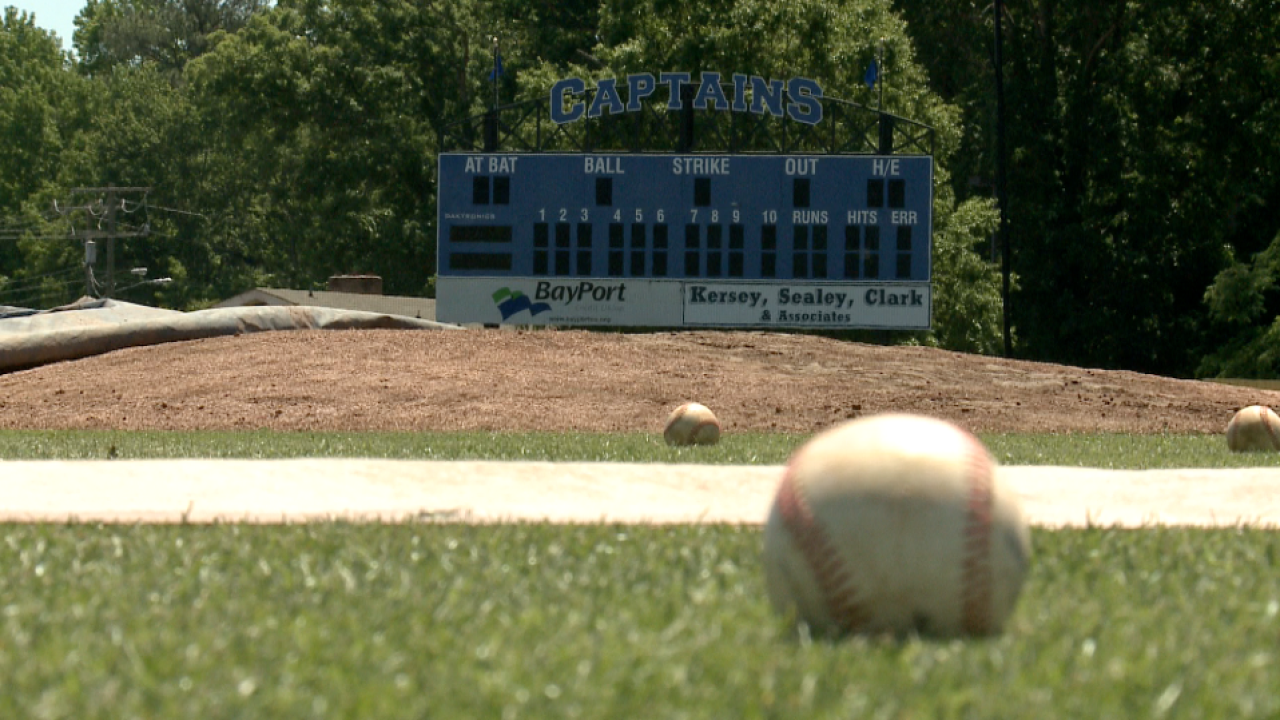 NEWPORT NEWS, Va. - In Newport News, the Christopher Newport University baseball team wins the Capital Athletic Conference title last weekend. With the victory, CNU advances to the NCAA postseason for the 10th time in program history. However, as we featured on News 3, a perfect 10 is not the number that will make this 2019 season flawless for the Captains.

It might be known as the loneliest number, but number one keeps quality company at Christopher Newport University.

"We take a lot of pride in that," infielder Nick Baham explained. "We want to make sure we keep that the rest of the season."

"It's pretty cool to see us number one," added CNU outfielder Jordan Mason. "We just know we have to come out and play like it this weekend."

The Captains baseball team, 35-and-7 on the year, starts the postseason this weekend ranked number one in the nation in NCAA Division III. Local products Jordan Mason and Nick Baham are two of the Captains' 12 seniors. Like their team, these two find themselves at number one - only it's not the rankings, but the stat sheet.

"The offensive numbers are just absolutely ridiculous," admitted head coach John Harvell. "I think I credit a lot of that to experience - you can't teach experience."

Mason, a Western Branch High School product, and Baham, a Smithfield alumnus, are banging out so many number one hits - they'd make Madonna jealous. Yes, rewriting the record book is en vogue.

Mason has more career hits, 227, than any other player who's ever worn the CNU uniform.

"Hitting is definitely not easy," Mason said smiling. "It's probably the hardest thing to do in all of sports: hitting a baseball."

Baham's 19 home runs this year are not only the most in any season in Captains history - the total leads the nation.

"It's something I've always wanted to," Baham admitted. "Leave my mark in the record book or the media guide - so finally got that out of the way, so I can now focus on winning games."

Baham is the hit king. Mason is the home run king. But there's another crown at which these kings are taking swings.

"We talk about that every single year - going back to the World Series," Baham said. "That's what this school expects from us - it's where we want to be."

Despite three trips to the NCAA Division III College World Series, no team in Christopher Newport University has ever won an NCAA national title.

"The ultimate goal is definitely to get to the World Series and hopefully win it," Mason revealed.

"I don't want them coming here feeling like we're just going to compete for a conference tournament," explained Harvell. "We want to win it all."

For this bunch, it's time to make that number one not so lonely.

CNU hosts Misericordia University in a best of five NCAA Regional this weekend in Newport News. The teams will play two games Friday beginning at Noon.