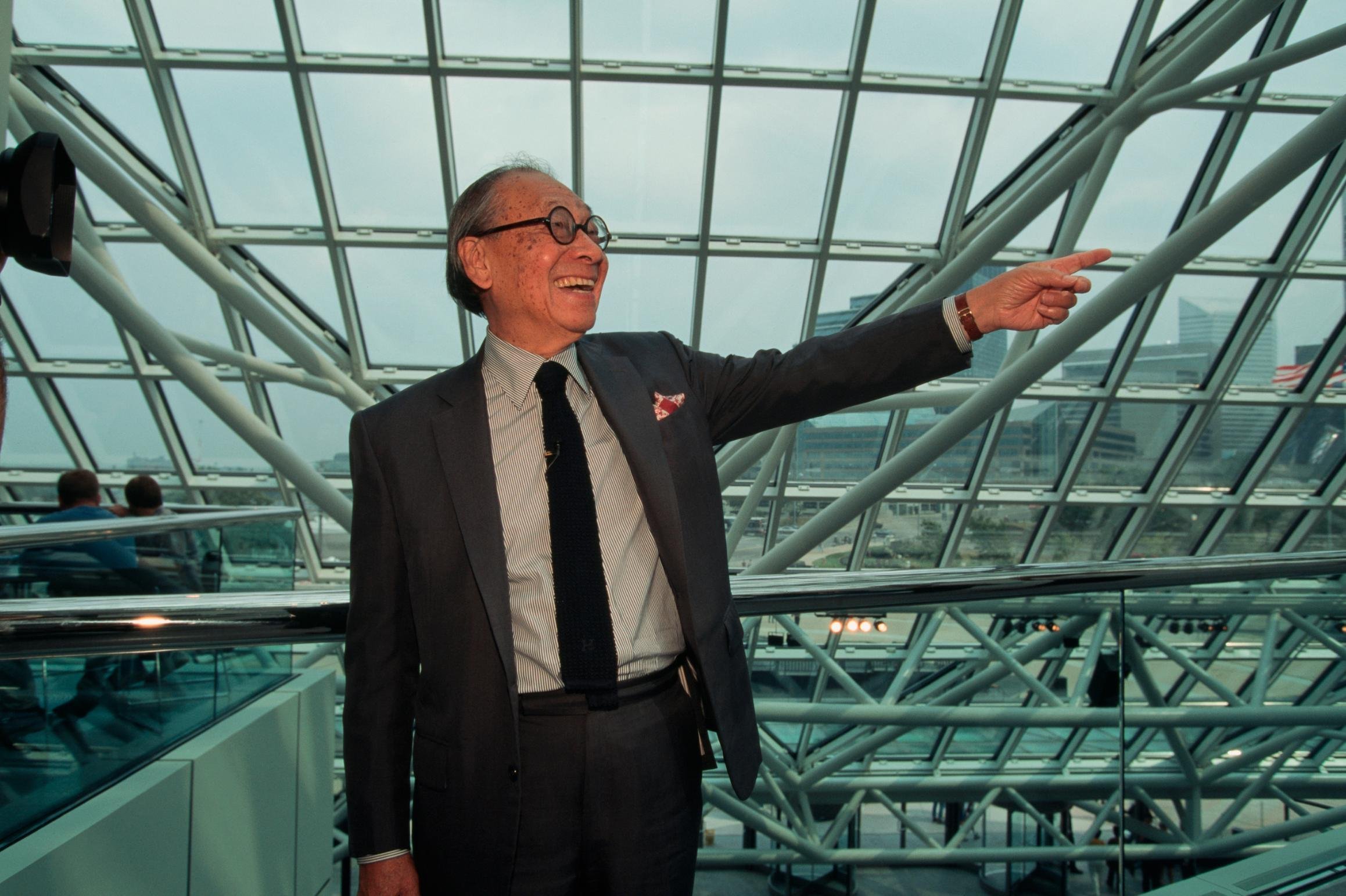 I.M. Pei, who was revered as one of the last great modernist architects, has died, Pei Cobb Freed & Partners confirmed. He was 102 years old.

Although he worked mostly in the United States, Pei will always be remembered for a European project: His redevelopment of the Louvre Museum in Paris in the 1980s.

He gave us the glass and metal pyramid in the main courtyard, along with three smaller pyramids and a vast subterranean addition to the museum entrance.

Pei was the first foreign architect to work on the Louvre in its long history, and initially his designs were fiercely opposed. But in the end, the French — and everyone else — were won over.

At its opening in 1989, the New York Times declared the pyramid “a technological tour de force: it is exquisitely detailed, light and nearly transparent.”

“The pyramid does not so much alter the Louvre as hover gently beside it, coexisting as if it came from another dimension,” wrote architecture critic Paul Goldberger.

As a young man, Pei counted himself grateful to have learned from some of the great modernists: Walter Gropius, Marcel Breuer, Alvar Aalto and Le Corbusier. (He favored owlish, round-framed glasses much like Le Corbusier’s.)

Winning the fifth Pritzker Architecture Prize in 1983, he was cited as giving the 20th century “some of its most beautiful interior spaces and exterior forms … His versatility and skill in the use of materials approach the level of poetry.”

Ieoh Ming Pei was born in China in 1917 into an affluent family. His father was a banker. His artistic mother — a calligrapher and flautist — had the greater influence on him.

Despite not speaking English, Pei chose higher education in the United States and took a boat from China to San Francisco in 1935.

After studying architecture at the Massachusetts Institute of Technology and Harvard, Pei set up his own architectural practice in New York in 1955.

Winning the commission to design the John F. Kennedy Presidential Library & Museum in 1964 established him as a name. Awarded just a year after Kennedy’s assassination, this was the most resonant and coveted of commissions.

Jackie Kennedy made an emotional, personal choice in picking him over the likes of Louis Kahn and Mies van der Rohe.

His East Building of the National Gallery of Art in Washington in 1978 altered people’s perceptions of a museum. The site was an odd trapezoid shape. Pei’s solution was to cut it in two. The resulting building was dramatic, light and elegant — one of the first crowd-pleasing cathedrals of modern art.

“Some people say I’m obsessed with geometry,” Pei said in a 2009 documentary. “Maybe I am, but that’s what I believe: I think architecture is … geometry in solid forms.”

His subsequent major commissions included the Morton H. Meyerson Symphony Center in Dallas (1989), the Bank of China Tower in Hong Kong (1990) and the Museum of Islamic Art in Qatar (2008) .

In person, I.M. Pei was dapper, good-humored, charming and unusually modest. His working process was evolutionary, but innovation was never a conscious goal.

“Stylistic originality is not my purpose,” he said. “I want to find the originality in the time, the place and the problem.”