Selena Gomez says social media has been ‘terrible’ for her generation 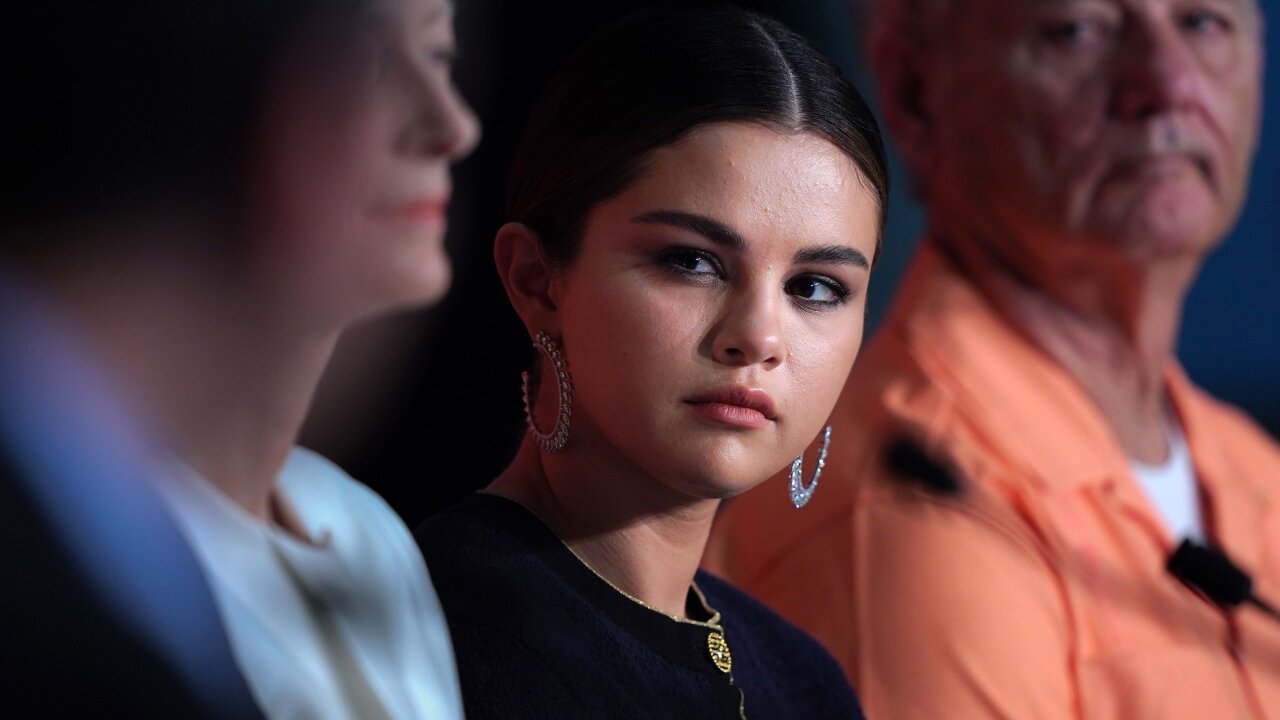 Selena Gomez is voicing her concern about the “terrible” effect that social media has had on her generation, and says she advocates taking breaks from the platforms.

Selena Gomez is voicing her concern about the “terrible” effect that social media has had on her generation, and says she advocates taking breaks from the platforms.

Gomez, who, with more than 150 million followers, is the most followed person on Instagram after soccer star Cristiano Ronaldo and pop singer Ariana Grande, said during a press conference at the Cannes Film Festival that she gets “scared” when she looks at the exposure of young girls and boys on those platforms.

CANNES, FRANCE – MAY 15: Tilda Swinton, Selena Gomez and Bill Murray attend the press conference for “The Dead Don’t Die” during the 72nd annual Cannes Film Festival on May 15, 2019 in Cannes, France. (Photo by John Phillips/Getty Images)

“They’re not aware of the news or anything going on,” she said. “It’s selfish — I don’t wanna say selfish because it feels rude — but it’s dangerous for sure.”

“I think our world is going through a lot, obviously. But for my generation, specifically, social media has been terrible,” she said.

Asked what more she could do to improve the social media environment, given her large following, Gomez said it is “impossible” at this point to make it safe. She also said she tries to be conscious when posting on Instagram, to avoid putting unnecessary pressure on her fans.

“I’m very grateful I have the platform in any way, I can still share things I’m passionate about,” she said. “I don’t do a lot of pointless pictures. I like to be intentional with it.”

“I see these young girls, I’ll meet them and they’re just devastated dealing with bullying and not being able to have their own voice.”

Yesterday at the @hollywoodreporter Empowerment in Entertainment event, I had the honor to meet some of the brightest students who might never have imagined a career in Hollywood as they were given the opportunity to go to college and work with mentors in the industry. Thank you to the most courageous, brave, intellectual, strong, beautiful spirit that is Oprah for caring so much about empowering all walks of life but more importantly for being the action and not just standing behind the word. You DO it. Thank you for continually inspiring us to be kinder, greater and stretching all the boundaries for the better. “From everyone to whom much has been given, much will be required.”

Gomez also called on people to take breaks in social media use: “It can be great in moments, but I would just be careful and allow yourself some time limits when you should use it and when not.”

The actress has previously spoken out about the importance of taking social media breaks. Speaking with Heben Nigatu on an episode of Coach’s podcast, “Dream It Real,” she said: “It is not that healthy to be on [social media] all the time. I noticed with me, I got kind of depressed looking at these people who look beautiful and amazing, and it would just get me down a lot. Taking breaks is really important. Just know that most of it isn’t real. And I hate to say that, I don’t mean to be rude, but it’s very unrealistic in a lot of ways.”

Last year, Gomez was body-shamed and trolled for posting a bikini picture to her Instagram account after a kidney transplant. She responded by posting about body-positivity.

“I chose to take care of myself because I want to, not to prove anything to anyone,” she said in response.