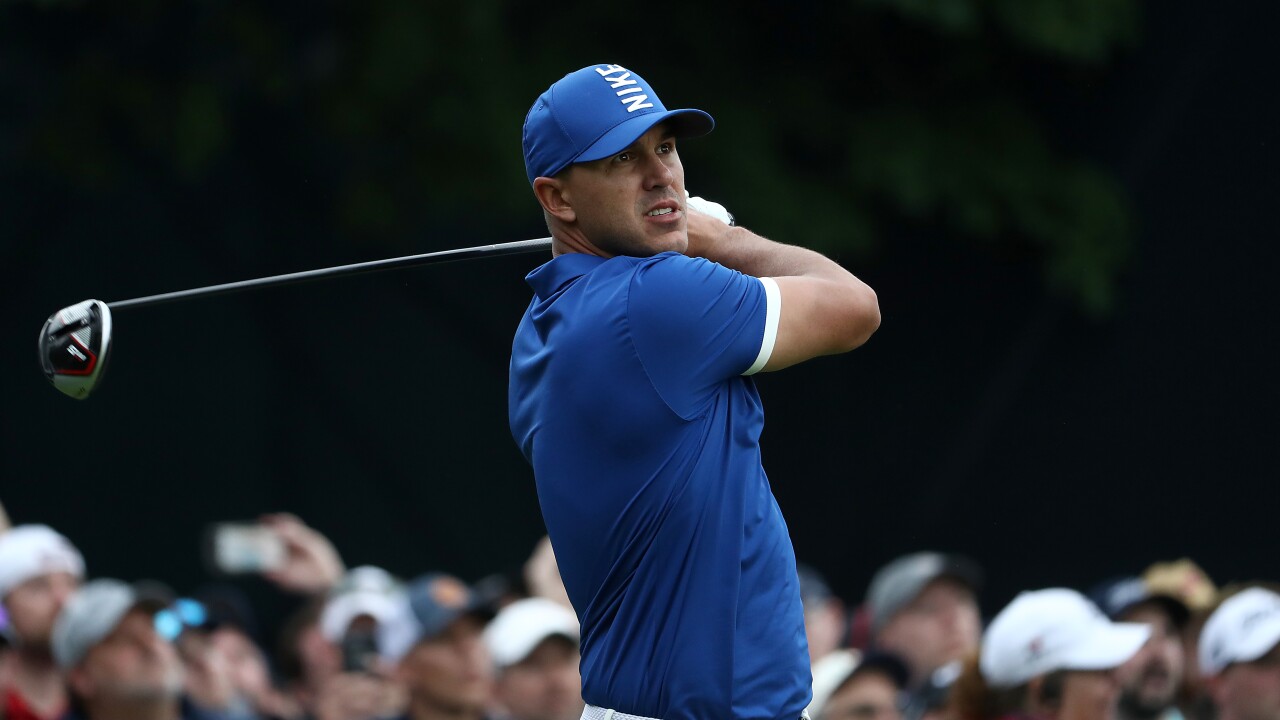 BETHPAGE, NY (CNN) – Bulletproof, immovable, and playing a different game to the rest, Brooks Koepka is doing a better impression of Tiger Woods than Tiger Woods.

The 29-year-old shot a course-record 63 on day one and added a 65 Friday to stretch his lead to seven shots at 12 under to stamp his authority on the 101st US PGA Championship at Bethpage.

Despite the Black course’s fearsome reputation, Koepka’s 36-hole score of 128 is a major championship record, his halfway lead is the largest in PGA Championship history, and he bettered the Masters champion by 17 shots as Woods missed the cut.

Even then, Keopka insists he was “battling” his swing a bit.

“Today’s a new day, doesn’t matter what you did yesterday,” the defending champion, who has won three of his last seven majors, told Sky Sports.

“I’m very pleased. It’s a tough golf course, you’ve really got to battle and I’m proud of the way I hung in there.

“It’s something I’ve battled my entire life so it should be an easy fix.”

READ: Woods struggles as Koepka coasts clear at US PGA

While Woods’ 15th major title had many misty-eyed for his domineering heyday, Koepka is showing why he is now the most imperious player in major golf with an explosive marriage of power, finesse and ice-cool emotions. Koepka, who was tied second at Augusta, credits his ability to stay on an even keel as one of his best attributes.

“It’s massive,” he added. “I don’t think people realize how difficult it is and how you have to let things roll off your back, laugh about it and move on. It tests your patience, for sure.”

The Floridian was bogey-free through 27 holes on Long Island, and despite two bogeys coming home Friday he kicked on to leave the field trailing in his muscular wake.

Brooks Koepka of the United States tees off. (Photo by Stuart Franklin/Getty Images)

A distant sight in Koepka’s rearview mirror was a rejuvenated Jordan Spieth at the front of the chasing pack with a four-under 66 to show signs of a rosier future after enduring a slump of late. Spieth needs just the US PGA to become only the sixth player to clinch the career Grand Slam of all four major titles and a first win since the 2017 Open.

Alongside Spieth on five under was 2013 Masters champion Adam Scott, whose blistering surge to six under for the day after 14 holes put him in with a shout of beating the major record of 62 before he faltered towards the end to card 64.

And what of Woods himself? Overshadowed in performance — if not fan adoration and volume level — by playing partner Koepka, he looked out-of-sorts compared with that magical Masters triumph on his last outing.

The 43-year-old, who only played nine holes in practice, hit only three fairways off the tee Friday, and was unable to build any kind of momentum despite constant urgings from the boisterous New York crowd.

Needing a birdie up the last to make the cut at four over, his approach was wayward and he was unable to chip in from the fringe, adding a 73 to his opening 72 to finish five over to miss the cut by one.

‘ I need to start feeling better’

Tiger Woods of the United States lines up a putt. (Photo by Stuart Franklin/Getty Images)

The world No.6 could have gone back to the top of the rankings for the first time since May 2014 had he won and other permutations worked in his favor, but he said illness and fatigue after the high of the Masters were contributory factors.

“It’s just the way it goes,” Woods told reporters. “You know, just don’t feel well and just not able to do it. Resting would be better, so I would have energy to play. You know, unfortunately I just didn’t — made too many mistakes and just didn’t do the little things I need to do.

“I’ve enjoyed being the Masters champion again, and the PGA was a quick turnaround, and unfortunately I just didn’t play well.”

Woods admitted that after his catalogue of back injuries, culminating in spinal fusion surgery in 2017, there will be “days and weeks when it’s not going to work.”

“There’s no reason why I can’t get up to speed again and crank it back up,” he said.

“I’ve got to start feeling a little bit better first before that happens.

“I just wasn’t moving the way I needed to. That’s the way it goes.”

Should he go on to win, Koepka’s superiority would be somewhat reminiscent of Woods’ stretch from 2000-2002 when he won six of nine majors, starting with the US Open by a record 15 shots having led by six at halfway at Pebble Beach — incidentally the venue for this year’ US Open in June.

“What Brooksy did, he’s driving it 330 yards in the middle of the fairway,” added Woods. “He’s got 9-irons when most of us are hitting 5-irons, 4-irons, and he’s putting well. That adds up to a pretty substantial lead, and if he keeps doing what he’s doing, there’s no reason why he can’t build on this lead.”

Koepka has been vocal in the past about not receiving enough recognition, but he admits he uses any perceived slights as fuel.

Rocket fuel, it would seem, as he becomes increasingly box-office viewing.

“I’m just going to keep doing what I’m doing, put the pedal down and try to build a bigger lead,” said Koepka.