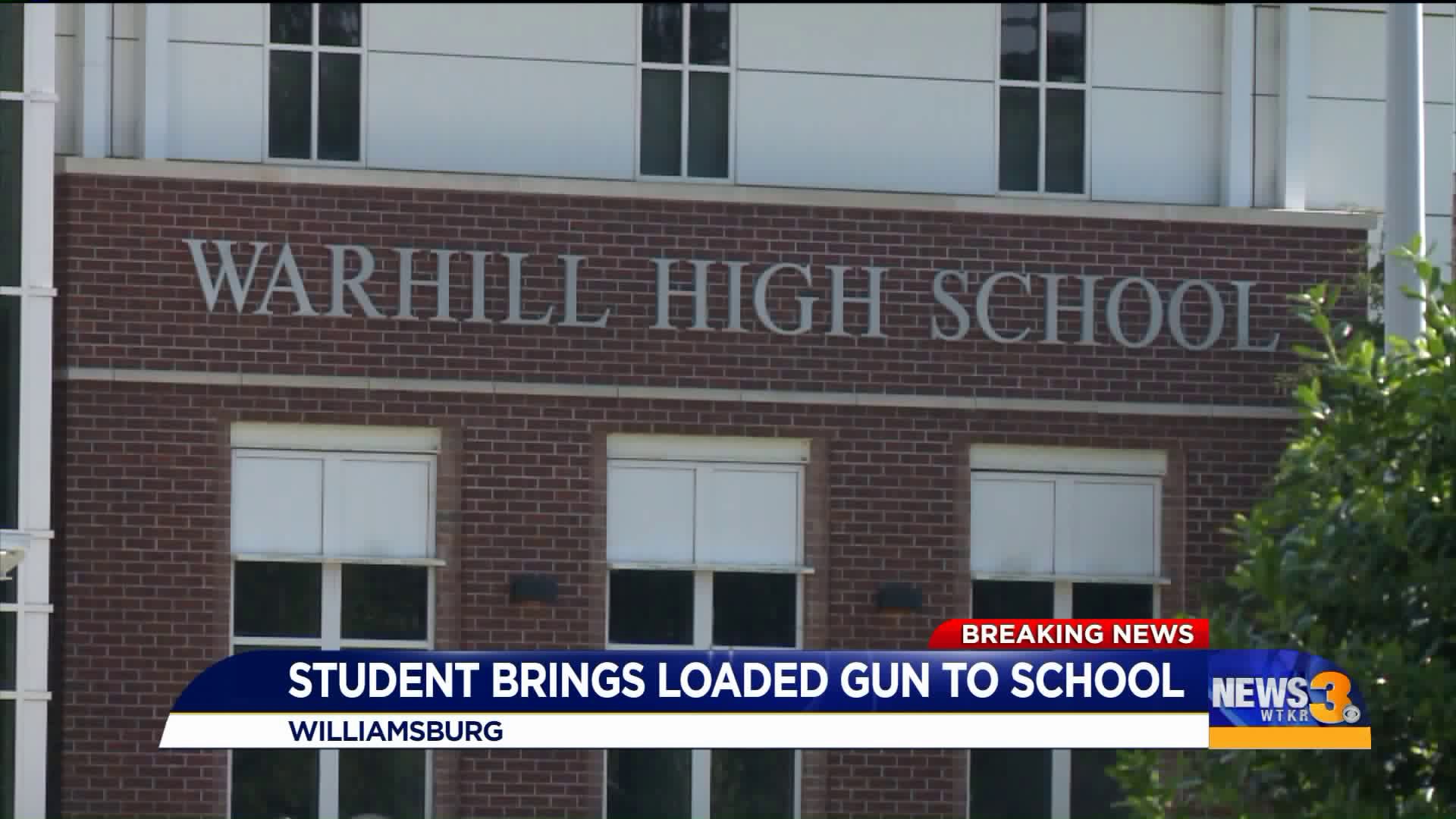 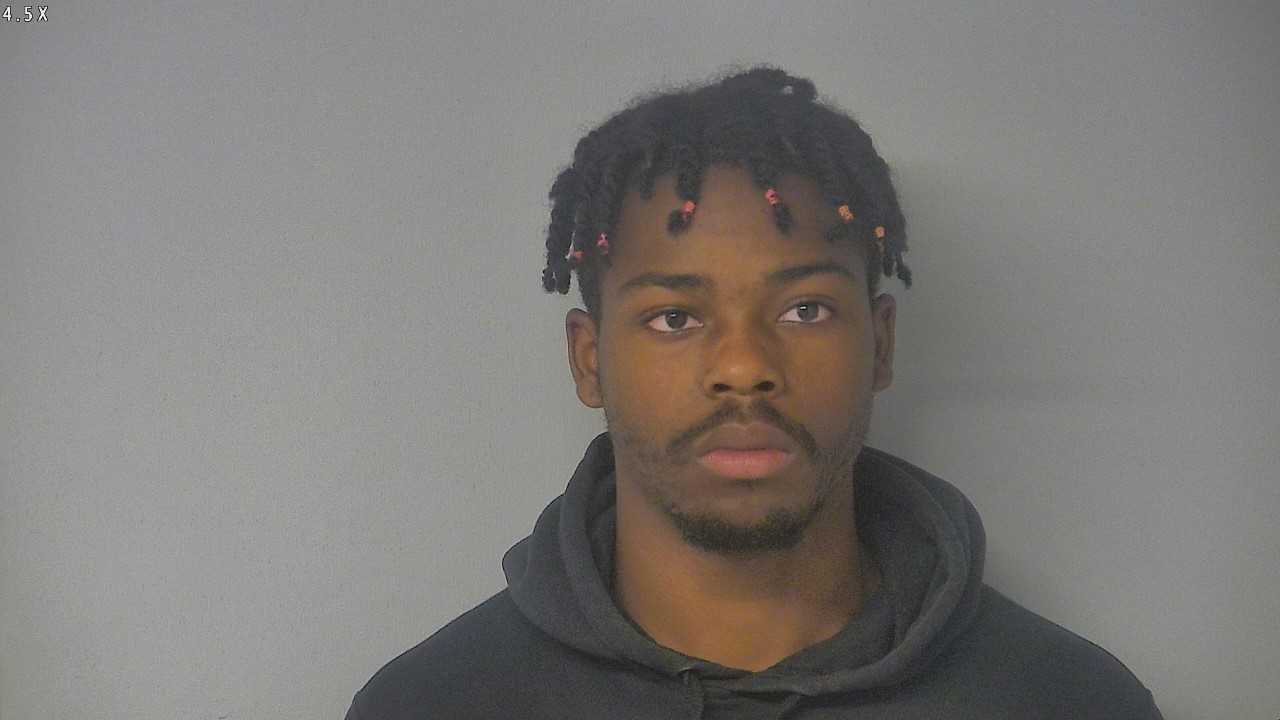 According to Deputy Chief Steve Rubino, officers responded to the school at 11:40 a.m. after a student told a school security officer that 19-year-old Da'Quan Thomas Ky'Le Williams was believed to be in possession of a handgun.

Williams, a senior at Warhill High School, was taken into custody and was removed from school grounds. He was charged with felony possession of a firearm on school property and felony second offense carrying a concealed weapon.

A spokesperson with Williamsburg-James City County Schools told News 3 that in addition to police charges, appropriate disciplinary action is being taken at the school. While school officials cannot discuss individual student discipline matters, "in general, in accordance with the Code of Conduct, there is a range of consequences for having a weapon on school grounds, up to and including expulsion."

The spokesperson said because the weapon was secured, the school was not placed on lockdown. As soon as the situation was resolved, the school's principal notified parents and staff with the following message:

Good afternoon, parents. This is Dr. Carroll, principal of Warhill High School. I am calling you today with an important message about school safety. Early this afternoon, a 19-year-old student was arrested for having a gun on school property. He now faces criminal charges and disciplinary action here at the school. Because staff and a school resource officer handled this matter quickly, most students were not aware of the incident and instruction continued without interruption. As you discuss this with your children tonight, please review with them the role they play in keeping our school safe. Specifically, if they ever see something suspicious, please encourage them to find an administrator or staff member and report their concerns. In short, if they see something, say something. Thank you for your help and understanding, and, as always, thank you for your continued support of Warhill High School.

Williams is being held at the Virginia Peninsula Regional Jail without bond.