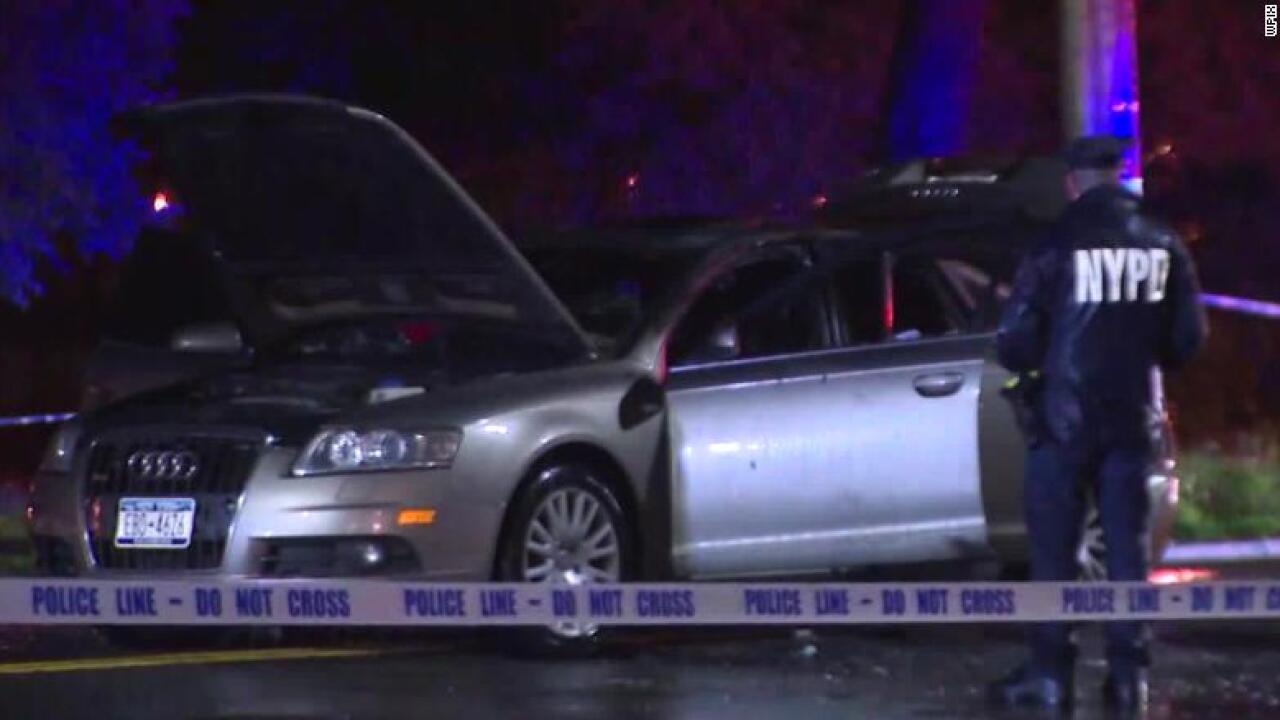 The father of a 3-year-old girl killed in a car fire in New York is facing murder and arson charges in his daughter’s death, police said.

The girl, Zoey Pereira, was alive when firefighters rescued her, but she died from her injuries at Jamaica Hospital in Queens.

Pereira was found a short distance away from the scene and was taken into custody. He suffered burns to 70% of his body and was unable to immediately made any statements due to his injuries, a law enforcement source had said.

He had been in serious but stable condition, police said.

It’s unclear whether the father was inside the car at some point. Also unclear was the condition of the girl prior to the blaze. The New York City medical examiner will determine the official cause of death, police said.

Large, heavy chains were used to secure the doors inside the car during the fire, according to the source.

At least one propane tank and two gasoline cans were found in the trunk of the car, two sources said.

The father and the child’s mother were in the midst of a custody battle, according to one source, and both had filed domestic incident reports against the other.