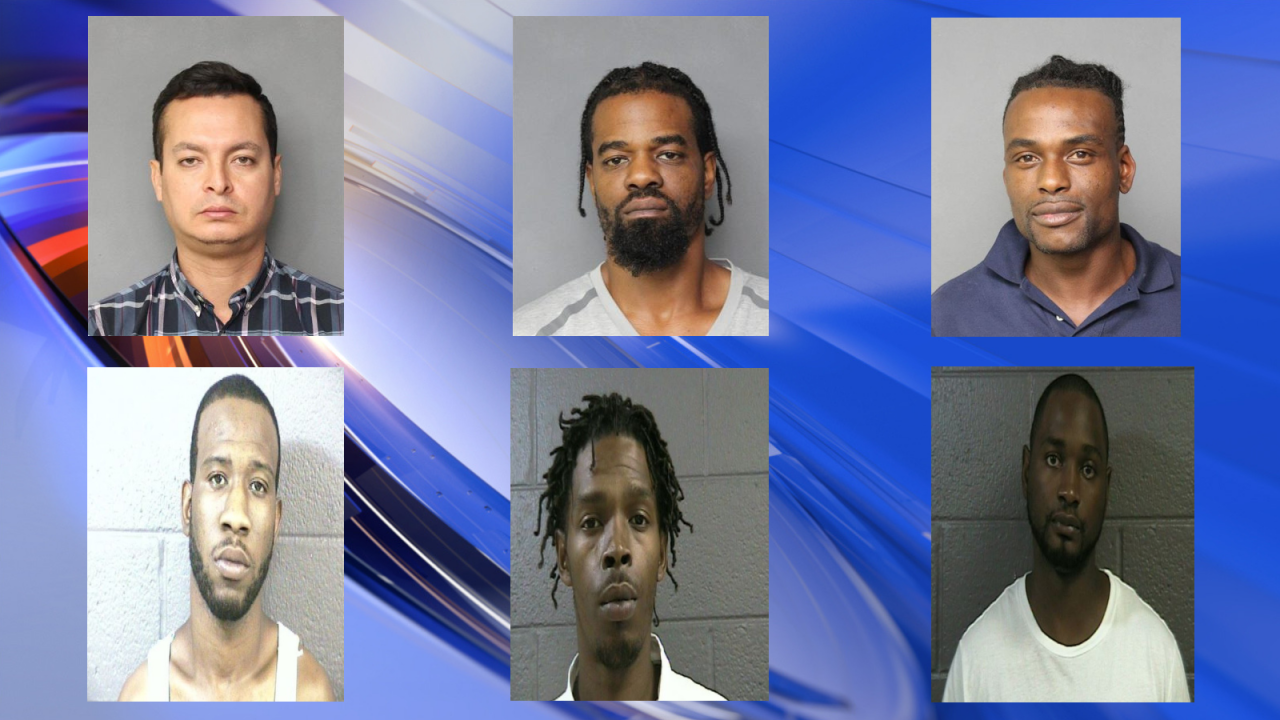 NORFOLK, Va. – A man convicted of participating in a $19 million drug trafficking conspiracy was sentenced to 10 years behind bars and five years of supervised release.

Kerry Jay Darden of Norfolk, previously a fugitive, was arrested in Texas after around 150 law enforcement officers from Norfolk Police, FBI, DEA and the U.S Marshals participated in Operation Goodfellas.

Darden, along with five other men, was accused of distributing large quantities of heroin, cocaine, crack cocaine and marijuana in the Hampton Roads area, according to allegations in the indictment.

According to officials, “the cocaine was being trucked to Virginia and off-loaded at a public storage facility in Virginia Beach in 10 and 20-kilo loads. In June 2018, (co-conspirator Brandon Jaami) Williams was arrested with 13 kilograms of cocaine (with a street value over $500,000) when he tried to transfer the cocaine from an apartment in the luxury ICON apartments in downtown Norfolk to another luxury apartment on Granby Street.”

A conservative estimate of amount of narcotics related to this drug trafficking organization is responsible for distributing:

Charges of conspiracy to launder money, money laundering, interstate travel in aid of racketeering and use of a communication facility in furtherance of drug trafficking were dismissed.