Redskins quarterbacks get acquainted with the ‘Skins syllabus at OTA’s 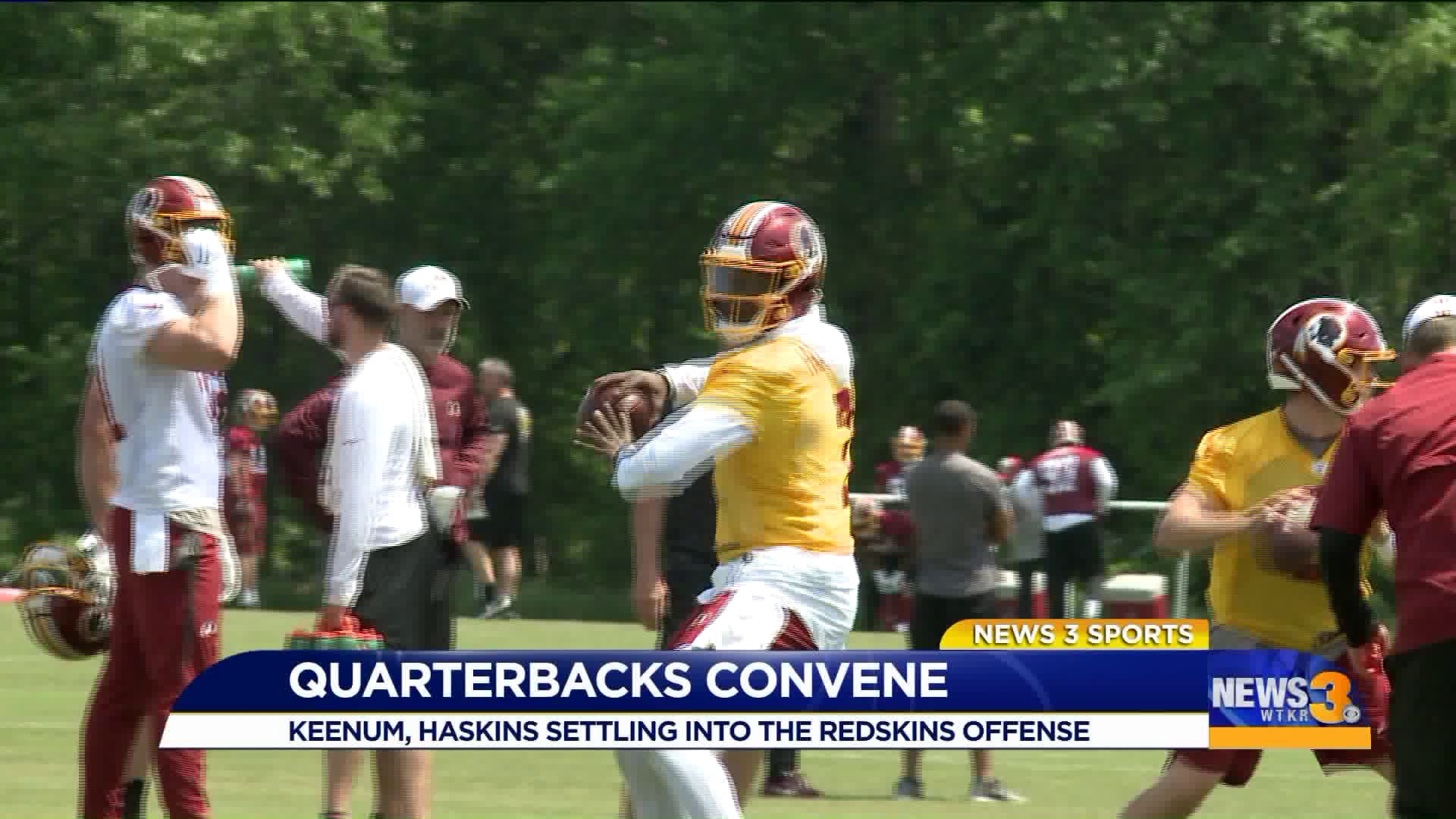 LOUDOUN COUNTY, Va. - The Redskins hit the trail for their 2019 campaign on Monday as the team convened for it's first of three organized team activities sessions this offseason.

It was the first time 2019 first-round draft pick Dwayne Haskins and trade pickup Case Keenum hit the field together.

Don't expect a decision on a week one starter anytime soon. With two new quarterbacks in his system, Jay Gruden will be letting them absorb the curriculum before the final test.

"They have to learn the system first," Gruden said.

"This is going to be a process, this is just the very beginning. We're installing plays for the first time for the group. We started a couple of weeks ago, but now we're actually being able to practice them against a defense for the first time which is another step."

Keenum, traded from the Broncos to Washington this offseason, embraces quarterback competition. "Whether I'm playing ping-pong, golf, football, I'm competing," Keenum said. "I'm competing against the defense, in the quarterback room we're always competing. Competition makes you better, and thats what the spring is about."

"In the offseason I pride myself with working with the best quarterbacks, and I happen to have one [Keenum] on my team. Not only is he a great quarterback but he's someone that wants to help me and that means a lot to me."