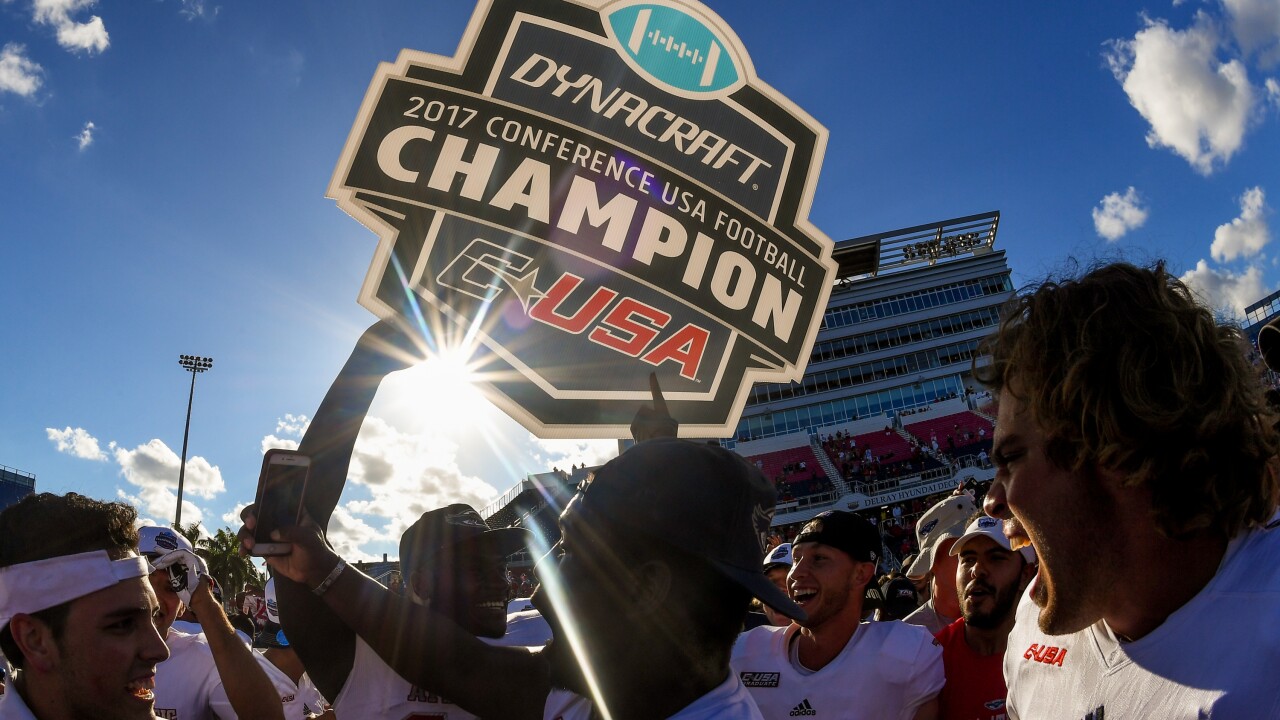 DALLAS & NEW YORK – Conference USA Commissioner Judy MacLeod and the NFL announced a new four-year contract for a 10-game package of C-USA football games to be broadcast on NFL Network. The partnership will begin in the 2019 football season with one game each week on Saturday afternoon. ​

“While exploring new media options for football, NFL Network stood out as an excellent opportunity for national exposure,” said MacLeod. “We look forward to showcasing our conference through their tremendous platform and reach.”

“We are excited to showcase the next generation of NFL athletes to our fans on a weekly basis,” said Hans Schroeder, Chief Operating Officer of NFL Media. “Our fans crave live football, and partnering with Conference USA – a conference which boasts several Hall of Fame players – provides us with an excellent opportunity to do so.”

The full NFL Network slate of games will be released with the rest of the 2019 C-USA Football multimedia schedule at a later date. C-USA football games on NFL Network will also be available through the NFL app and via Watch NFL Network on smartphones, tablets, PCs and connected TV devices for subscribers of participating NFL Network providers.

C-USA shares a rich history with the NFL, with some of the game’s greatest players coming from the conference. Pro Football Hall of Famers who played their college football at C-USA schools include Brett Favre (Southern Miss), Randy Moss (Marshall), Terry Bradshaw (Louisiana Tech), “Mean” Joe Greene (North Texas), and others. Additionally, 16 players from C-USA have been selected in the NFL Draft over the last two years, including Marcus Davenport from UTSA selected No. 14 overall by the New Orleans Saints in the 2018 NFL Draft. In total, there were 83 C-USA players on NFL rosters at the end of the 2018 season.