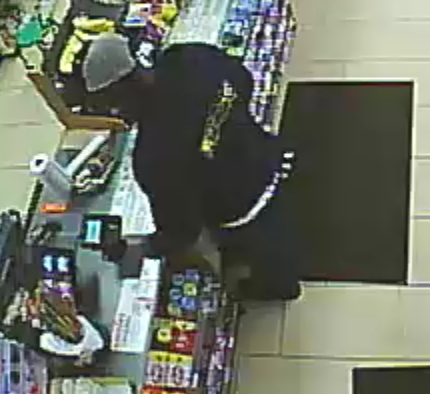 Around 12:30 a.m., police communications got a 911 call about assistance needed at a 7-Eleven at 3500 Victory Boulevard, for an armed robbery.

After an investigation detectives said the suspect entered the business, indicated that he had a handgun and demanded money from the clerk. The clerk complied with the suspect’s demands.

No one inside the business was injured and the suspect fled the scene, police said.

The suspect is described as a black male between in his late 30s or early 40s who is approximately 6’0” to 6’1” tall and weighing 210-220 pounds. He had facial hair and acne type scars on his face. He was last seen wearing a gray and black baseball cap, white t-shirt, blue hoodie with yellow writing on it, blue jeans, and black boots.