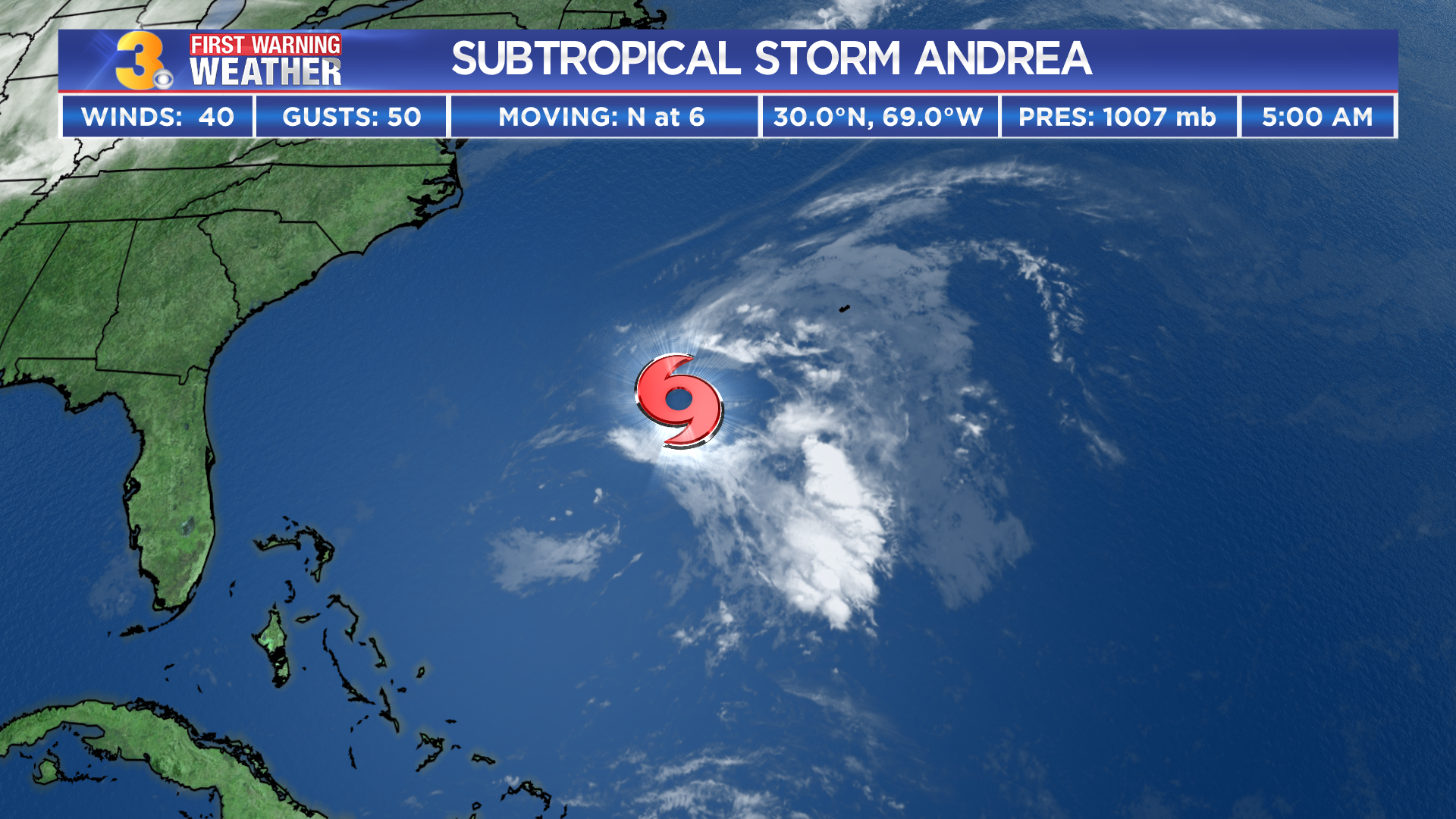 Subtropical Storm Andrea has weakened to a post-tropical cyclone.

It was the first named storm of the 2019 Atlantic Hurricane season, which officially starts on June 1.

At 5 p.m., the center of Andrea was located near latitude 30.8 North, longitude 68.3 West. It is moving toward the east-northeast near 8 mph, and is expected to turn toward the east.

Maximum sustained winds are near 35 mph with higher gusts. The system is expected to dissipate by Wednesday morning.

The 2019 Atlantic Hurricane season will run through November 30.

There were 15 named storms as part of the 2018 Atlantic Hurricane season, according to NOAA. Two of them were considered major, which is a Category 3, 4 or 5 hurricane.

Subtropical Storm Andrea as of 5 p.m. AST Tuesday, May 21