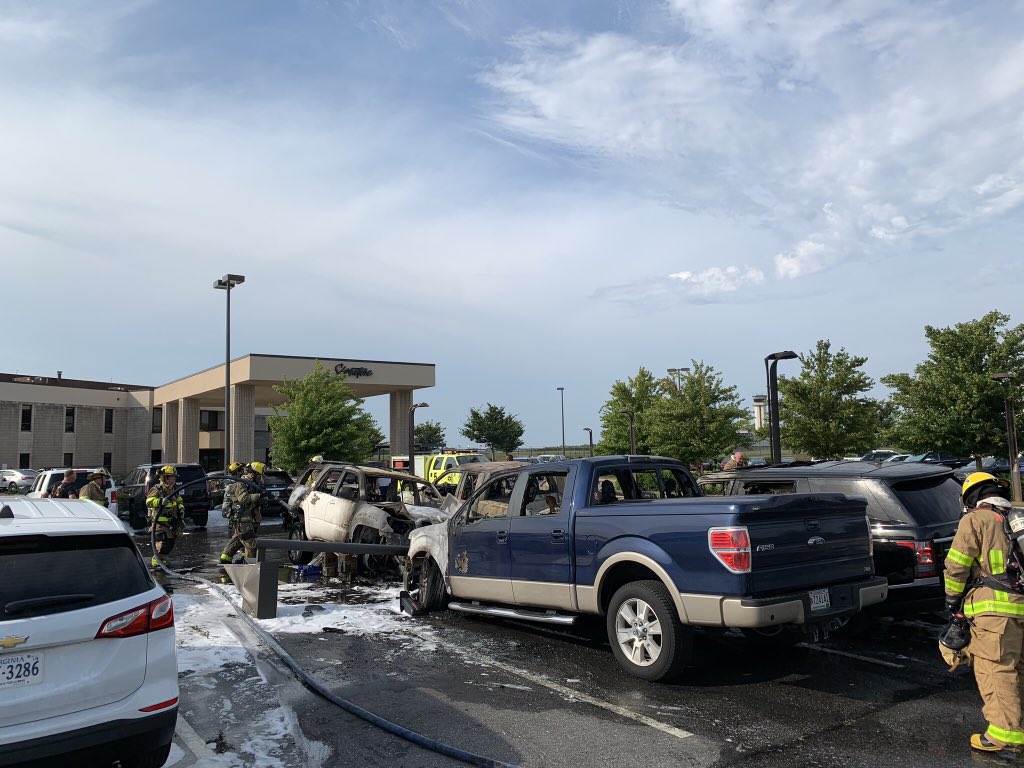 According to the department, the call came in at 3:40 p.m. for the fire, which happened at the corner of Burton Station Road and Miller Store Road. Firefighters worked alongside airport crews to extinguish the blaze, using foam to suppress the flames.

No injuries were reported, but multiple cars were damaged, some severely.

The fire is now under control. Its cause remains under investigation.