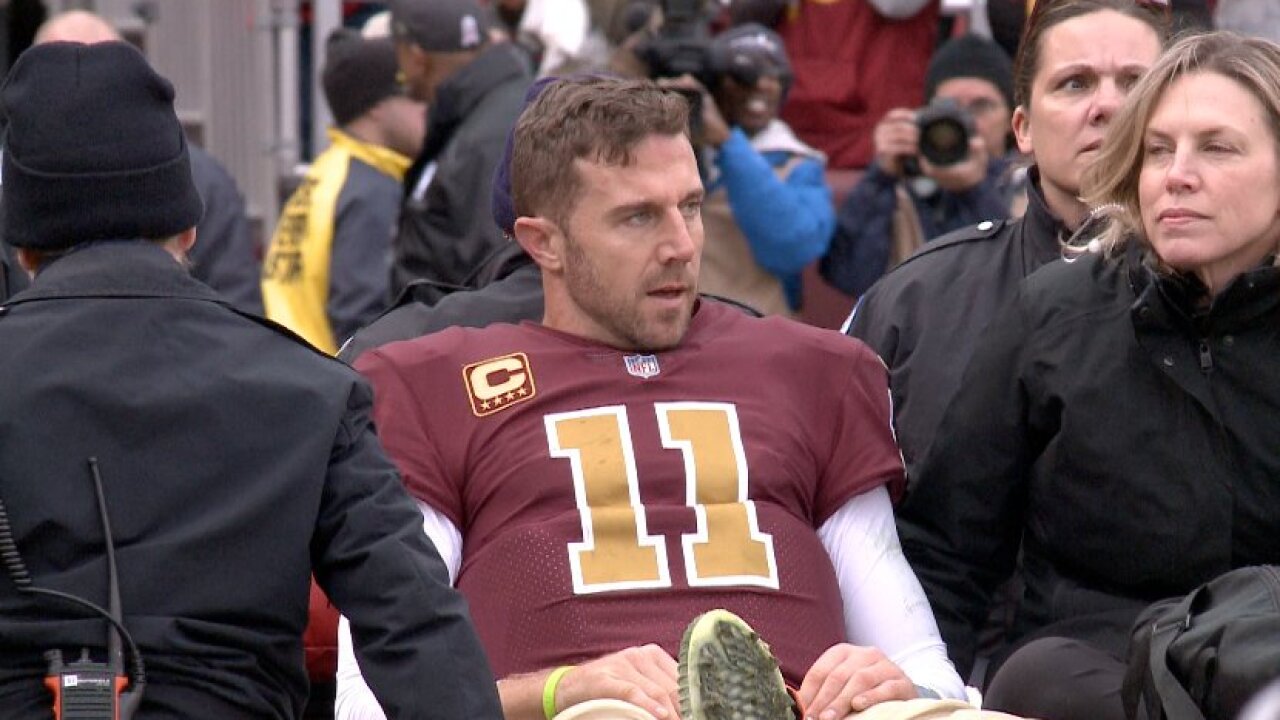 QB Alex Smith being carted off.

Alex Smith being carted off.
(Photo by: Joe Robbins/Getty Images)

LOUDOUN COUNTY, Va. – A quarterback on the field was a highlight for the Redskins Thursday, but it wasn’t one of the QBs competing for the starting job.

Thursday, as the Redskins continued Organized Team Activities (OTAs), on its Twitter account, the team posted photos of injured QB Alex Smith attending the workout. Smith suffered a compound fracture of his right leg on November 18th against the Texans – meaning the bone broke through his skin. However, Smith did not make a public appearance until late January – when he was spotted at a Washington Wizards game wearing an external fixator on his injured leg.

The photos tweeted by the Redskins were taken and/or cropped so as to not show Smith’s lower leg.

During his coverage of Super Bowl LIII in Atlanta, News 3 Sports Director Adam Winkler visited with Doctor David Chao, who served as an NFL team doctor for 17 years and still works as a sports injury analyst for the Los Angeles Times, San Diego Union-Tribune and SiriusXM.

“Seeing where he is now – he’s probably multiple surgeries away,” Dr. Chao told News 3 in Atlanta. “It’s going to be very very difficult to return to play. He should be able to live a normal life which is good.”

Smith, 35 years-old, is expected to miss – at a minimum – the entire 2019 season. The Redskins used one of their two first round selections in the 2019 NFL Draft, No. 15 overall, to select Ohio State quarterback Dwayne Haskins.