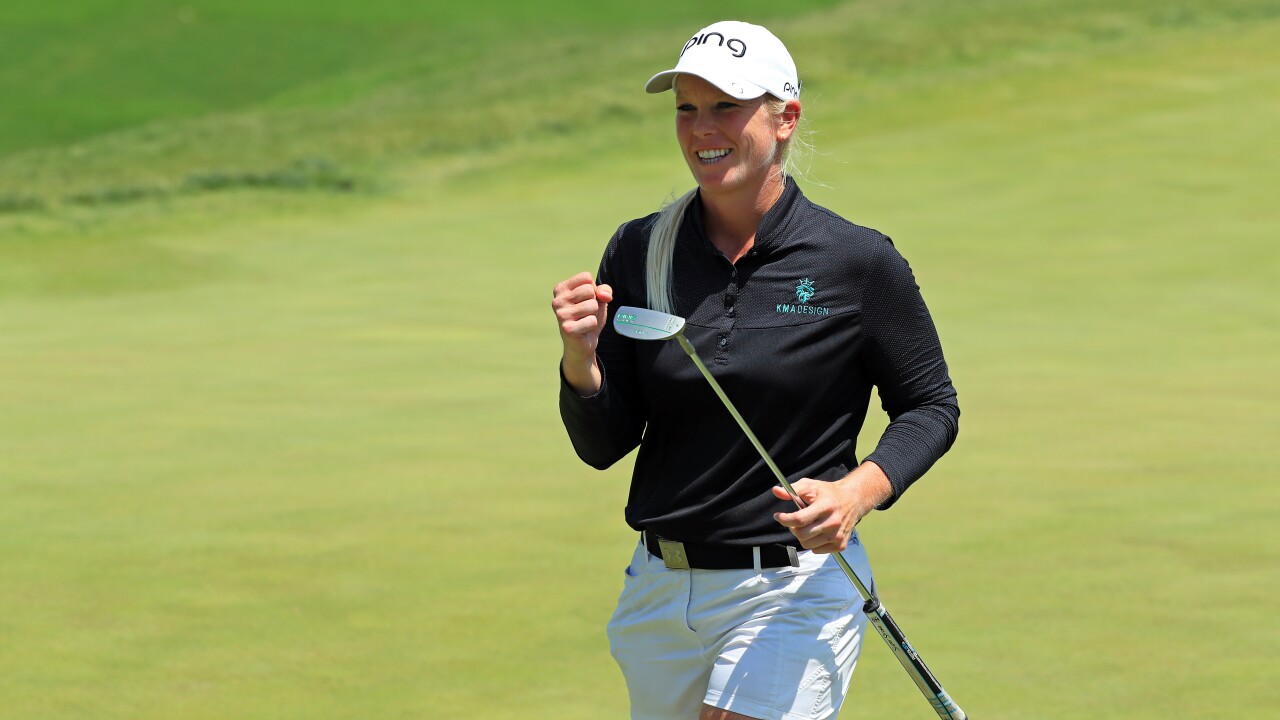 Jacqui Concolino during the second round of the Pure Silk Championship. (Photo by Hunter Martin/Getty Images)

Jennifer Song during the second round of the Pure Silk Championship. (Photo by Hunter Martin/Getty Images)

WILLIAMSBURG, Va. (LPGA Media) – Jacqui Concolino, Jennifer Song and Bronte Law closed their second rounds at -9 to lead at the Pure Silk Championship presented by Visit Williamsburg. The trio are co-leading after the second round for the first time in their LPGA Tour careers.

Law had a string of three birdies in a row on the back nine on Friday to stay atop the leaderboard. “I just told myself, ‘You got to stay in this. There is still plenty of birdie opportunities coming up. You’ve got to hit those drives down the middle so you can create some chances,’” said Law. “Hit some good drives towards the end there. The putt on 17 was nice because I hadn’t really holed anything of length all day.”

Bronte Law during the second round of the Pure Silk Championship. (Photo by Hunter Martin/Getty Images)

Song was satisfied overall with the way she played. “I managed to make great scrambles here and there and just made a couple birdies coming in. Very happy about my round,” said Song.

Concolino was happy she was able to continue her momentum after a solid first round. “The more rounds you can put together in succession, the more it builds. Hopefully keep it going for the weekend,” said Concolino.

2018 Pure Silk Championship winner Ariya Jutanugarn is T31 heading into the weekend at 3-under par.