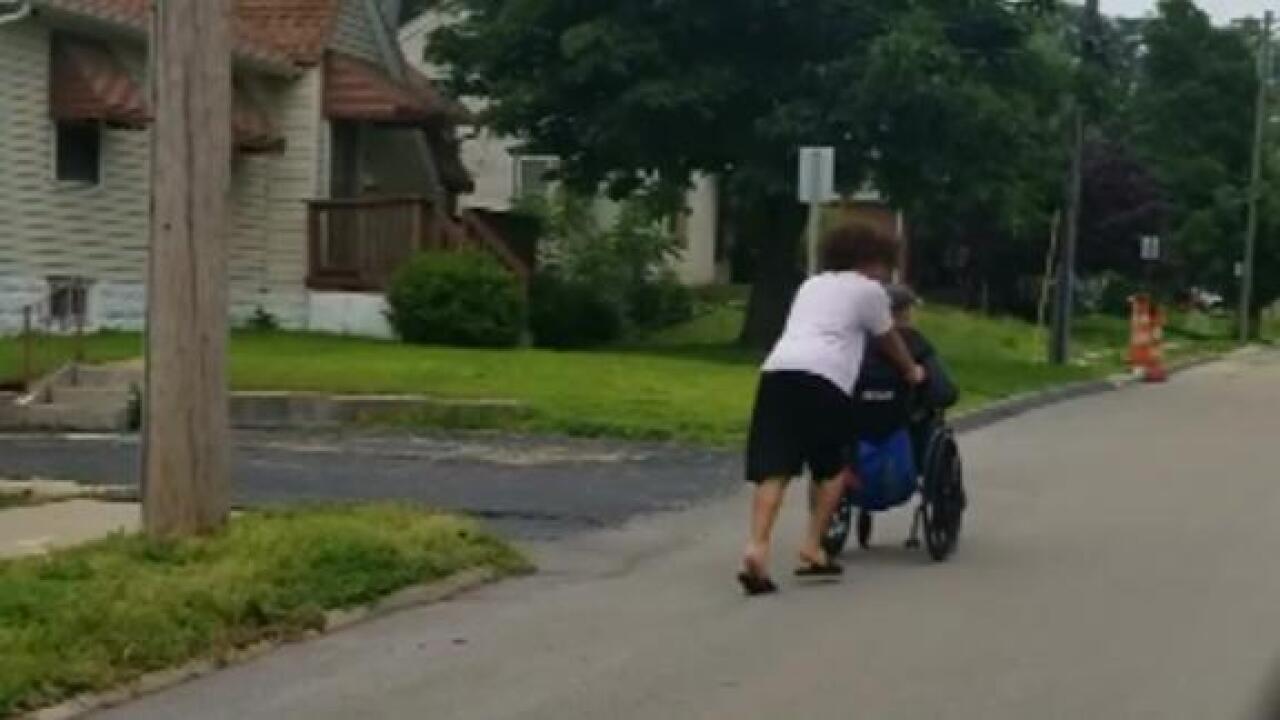 Gregory Beck was on his way to his St. Louis home in his wheelchair when tornado sirens sounded.

Beck lost both of his legs last year and is legally blind, according to CNN affiliate KMOV4. It would normally take him 25 minutes to get back home from the supermarket, and he would need to stop as many as 10 times to rest.

“Everyone kept telling me the storm is coming and you need to hurry up and get home,” Beck told the station.

While other drivers honked and yelled at Beck as he tried to cross the street Tuesday and make it up the hill, 16-year-old Seth Phillips and his mother, Amber Gilleylen, stopped their car so Seth could push him the rest of the way home.

“Just the greatest people and very concerned about other people, which America needs to start doing more of,” Beck said.

Gilleylen said she recorded the act of kindness to share with her mother and posted it on Facebook. She said she hopes other teens will see that it is cool to stop and help others.

And though she is proud, Gilleylen said this kind of behavior is nothing new for her son.

“His only complaint was ‘it makes me sad that people would rather fly by and honk at a disabled person rather than to lend a hand,” Gilleylen told the station.

“We need to be caring for each other and helping each other out,” Seth said.