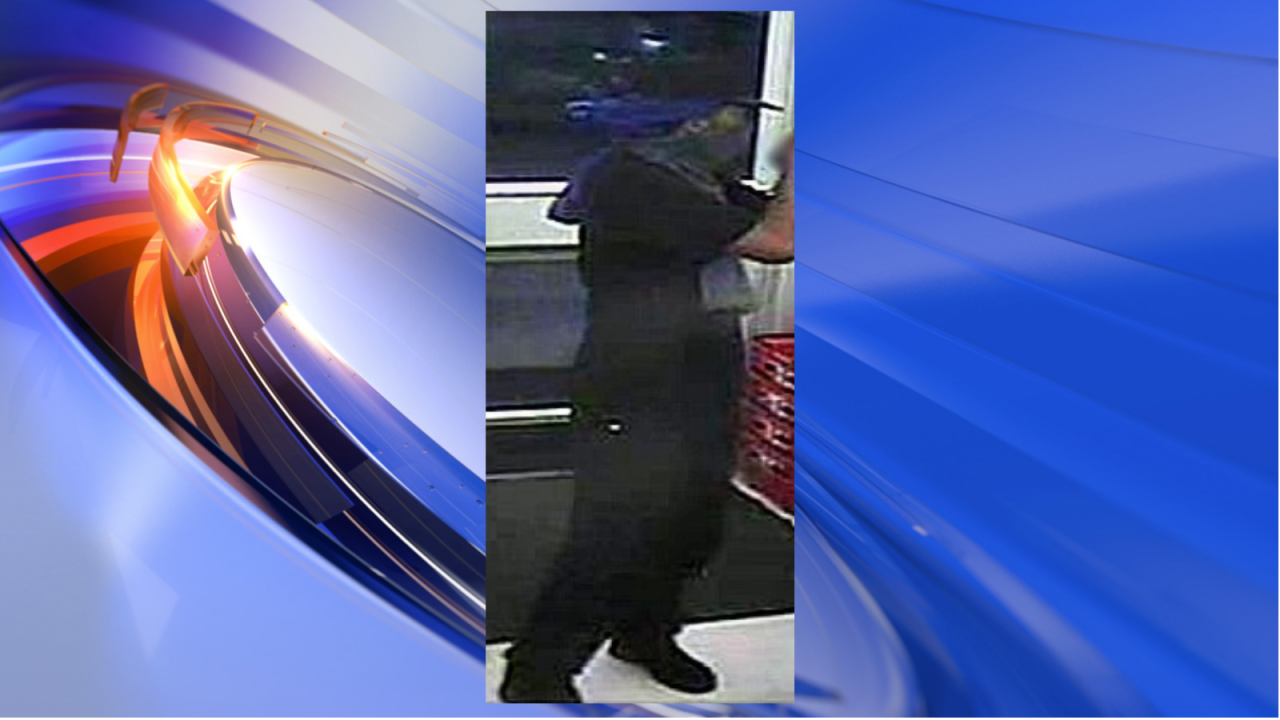 The call in reference to a business robbery at the 7-Eleven in the 1500 block of Old Buckroe Road came in around 2:30 a.m.

An investigation revealed that the man entered the store with a gun and demanded money. After getting an undisclosed amount of money and beer, he fled the store.

Police say when he left the store, he approached another man in the parking lot, pulled out his gun and demanded the victim’s property. After he got the victim’s wallet, he fled the area on foot towards Atlantic Avenue.

The suspect is described as a black man of medium skin tone who is between 5’10”-6′ tall and of slender build. He was last seen wearing a dark-colored ball cap with a blue bandanna underneath, a grey t-shirt over the bottom half of his face, a black t-shirt, black pants and black shoes.