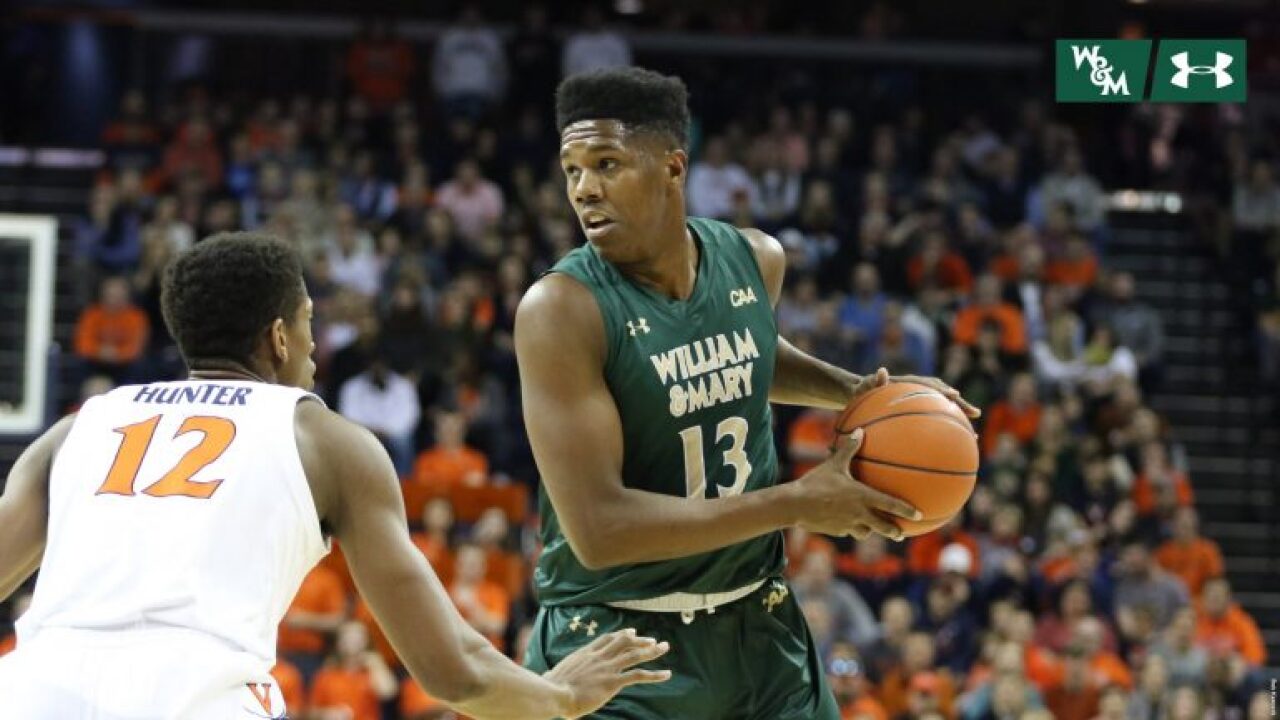 WILLIAMSBURG, Va. (Tribe Athletics) – William & Mary center Nathan Knight announced on Wednesday that he has withdrawn his name from the 2019 NBA Draft and will return for his senior season.

“After testing the waters and immense discussion with my family using the feedback I have received thus far from multiple NBA organizations, I have decided to withdraw my name from the 2019 NBA Draft and continue my final season at William & Mary,” Knight said. “I would like to thank all the NBA organizations who gave me the opportunity to explore the next level and all the people who have helped me along the way. I am excited to begin my senior campaign and complete my business degree.”

Over the last month, Knight worked out for several NBA teams including the Atlanta Hawks, Utah Jazz, Boston Celtics, Sacramento Kings and the Charlotte Hornets.

“We are ecstatic to have Nathan return for his senior season,” head coach Dane Fischer said. “He is one of the top big men in college basketball and a tremendous leader in our program. Nathan gained valuable experience and knowledge about his game throughout the process, and he has a bright future ahead of him both here and beyond. I appreciate Nathan’s honest and professional approach during the draft process. He loves William & Mary, and we can’t wait to get to work with him more.”

Last season, Knight established himself as one of the top big men in college basketball. He was named one of five national finalists for the 2019 Kareem Abdul-Jabbar Center of the Year Award presented by the Naismith Memorial Basketball Hall of Fame and is the only returning finalists this season Knight was named a Lou Henson Mid-Major All-American for the second-straight season and took home NABC All-District 10 and All-CAA First Team honors as well.

Knight turned in a historic campaign in 2018-19, averaging 21 points, 8.6 rebounds, 3.5 assists and 2.3 blocked shots per game. He is the first college basketball player since Tim Duncan at Wake Forest in 1996-97 to average 20 points, eight rebounds, three assists and two blocked shots per game. Knight’s scoring average is the highest for a Tribe player since 1968 and his 651 points rank fourth in program history.

He set a program record with three-straight 30-point games in February. He tallied a career-high 39 points to go with 14 rebounds at Hofstra on Feb. 9 before following up with 35 points and 13 rebounds at Elon on Feb. 16 and 30 points in a victory over Charleston on Feb. 21. He also recorded 12 double-doubles, which is the most for a W&M player since 1987-88.