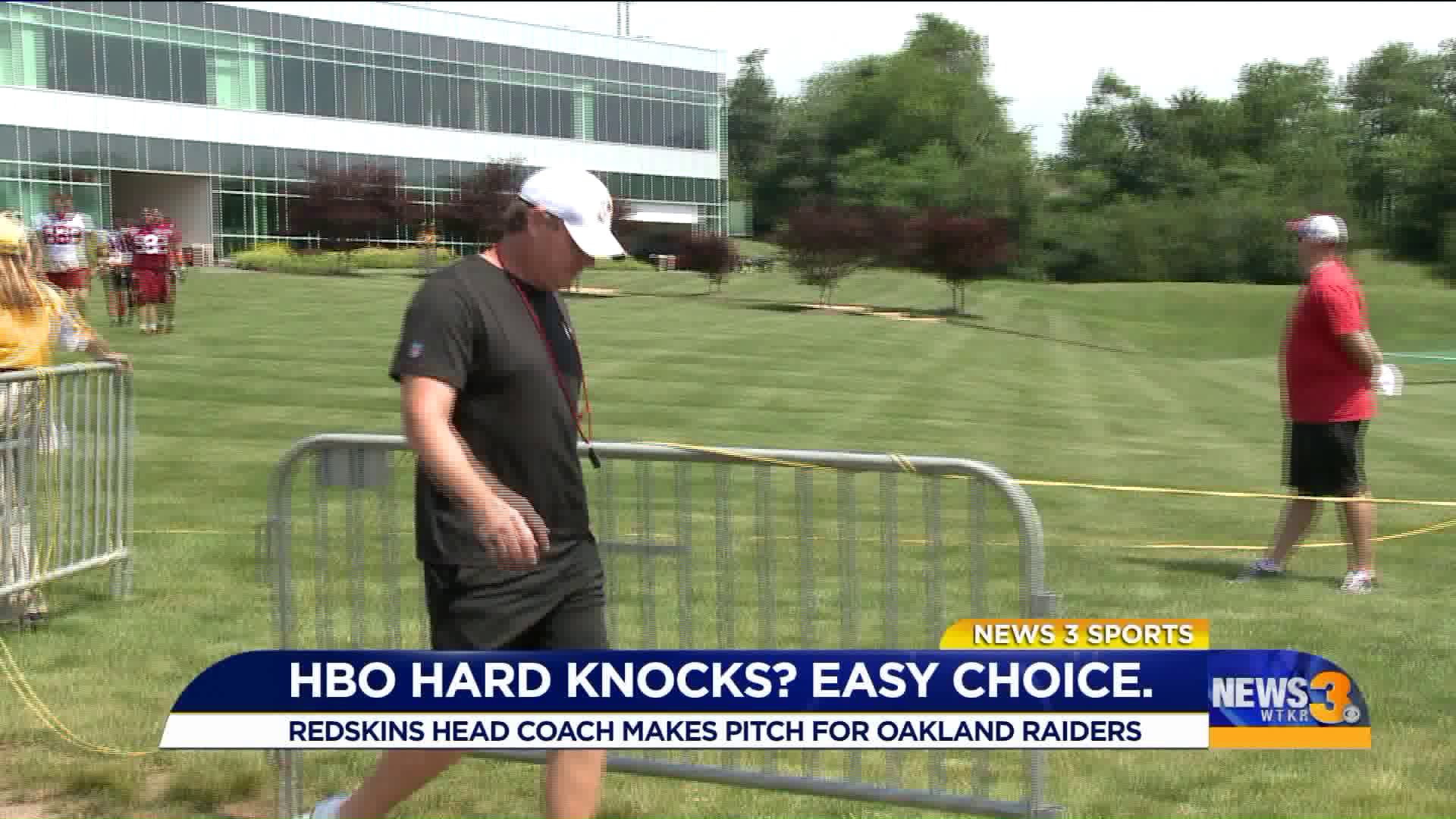 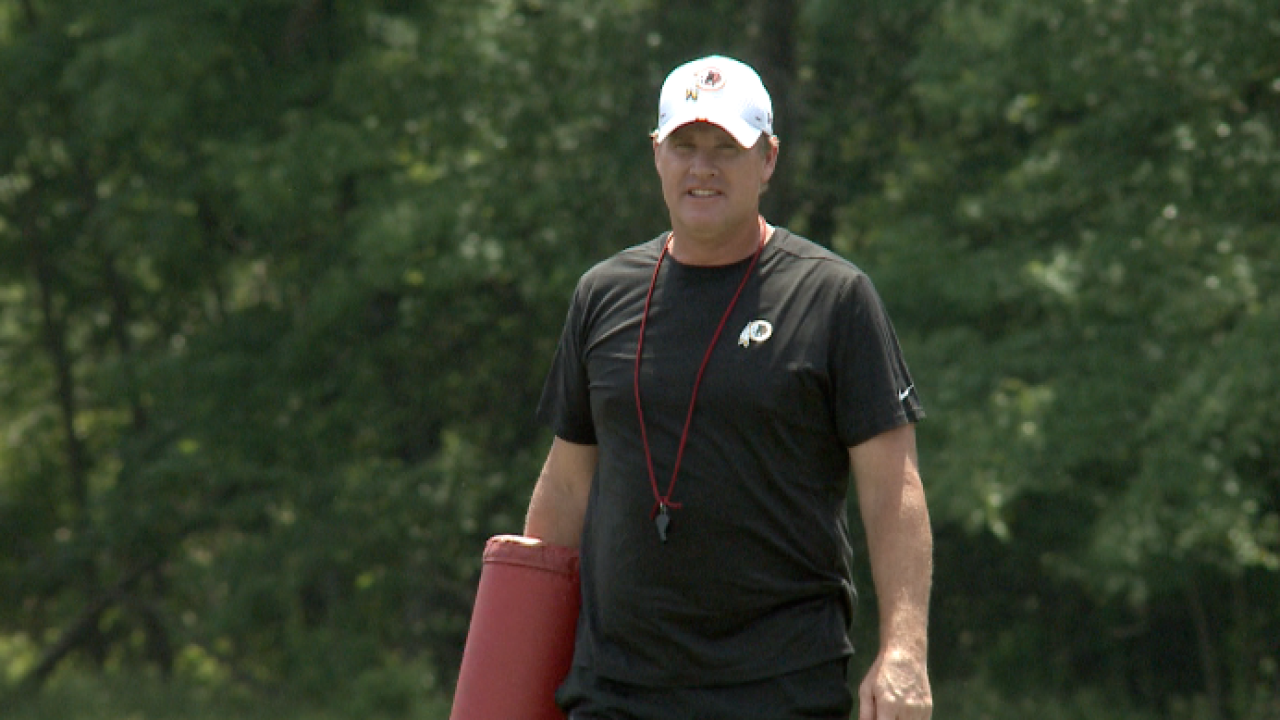 LOUDOUN COUNTY, Va. - We could be days, if not hours, away from learning if the Washington Redskins, the betting favorite, are selected to appear on HBO's Hard Knocks documentary series during Training Camp.

When asked about his team being one of the finalists to be selected for the unfiltered, all-access show following Wednesday's Organized Team Activity (OTA), Washington head coach Jay Gruden made one final plea to the HBO executives: choose his brother's team, the Oakland Raiders.

"If they were smart I think they’d go to Oakland. (Laughter) I mean, seriously, what an entertainment value that would be – Antonio Brown, Jon Gruden, [Defensive Coordinator] Paul Guenther, Vontaze Burfict, [Richie] Incognito – I mean, you guys have got to be crazy not to go to Oakland," Gruden said smiling. "They can do us next year maybe. [Reporter: ‘not if you make the playoffs’] Well, if we don’t make the playoffs I probably won’t be here anyways. (Laughter) They can come here and do it all they want."

Per NFL policy, teams cannot decline an invitation to be on Hard Knocks if they did not reach the NFL Playoffs the prior season and did not change head coaches since the previous offseason. The Redskins, having not advanced to the postseason since the 2015 story, are entering their sixth season under Gruden.

A Hard Knocks announcement is due soon and a reminder of the five teams that are ineligible to say no:
* 49ers
* Giants
* Lions
* Raiders
* Redskins