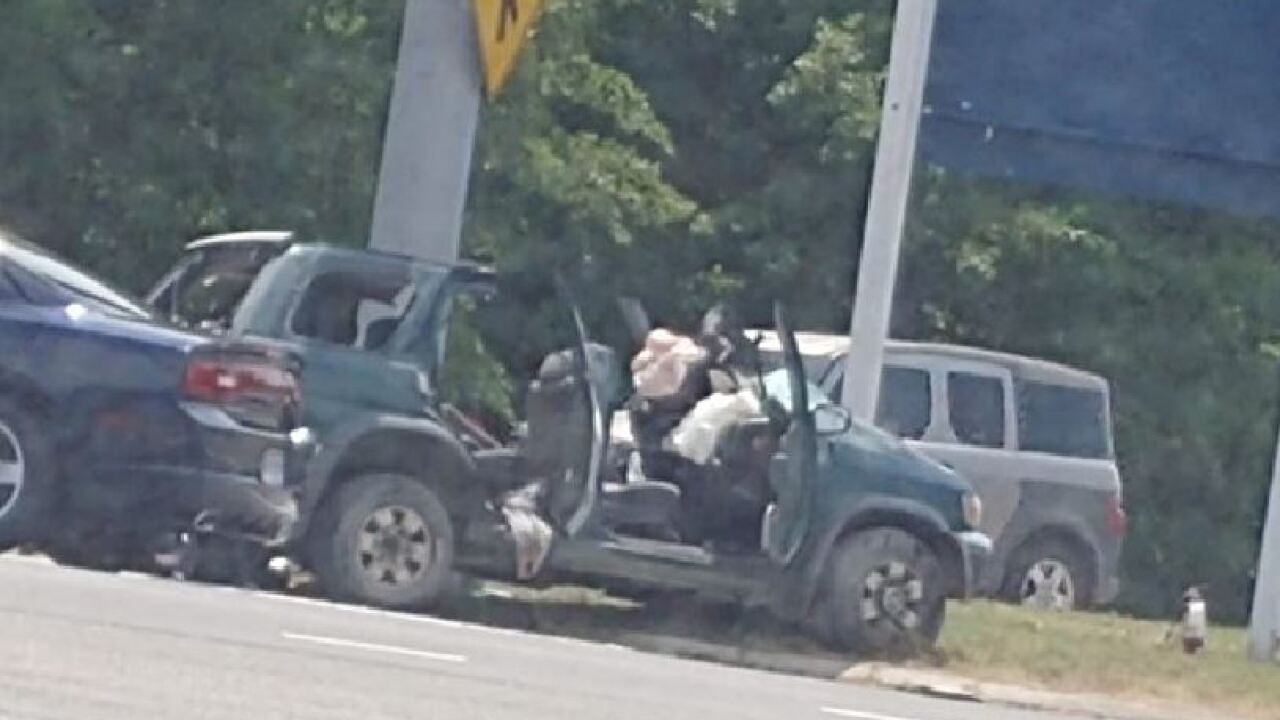 JAMES CITY Co., Va. – Virginia State Police are investigating after an attempted traffic stop lead to all lanes being closed for a period of time on Route 199 Wednesday.

A James City County Investigator attempted to stop a Nissan Pathfinder around 12:30 p.m. due to an ongoing narcotics investigation.

The vehicle slowed due to stopped traffic at a red light at the intersection of John Tyler Highway.

At that time, the suspect vehicle attempted to go around traffic and struck a Honda Odyssey in the intersection and then struck a light pole. The vehicle then caught fire, according to officials.

The driver of an Odyssey involved in the crash was transported to Sentara Williamsburg Regional Medical Center with non-life threatening injuries.

The suspect was flown by helicopter to Sentara Norfolk General Hospital with serious but non-life threatening injuries.

The narcotics investigation is ongoing and Virginia State Police are investigating the crash.

Around 3:30 p.m., the roadway reopened to traffic.