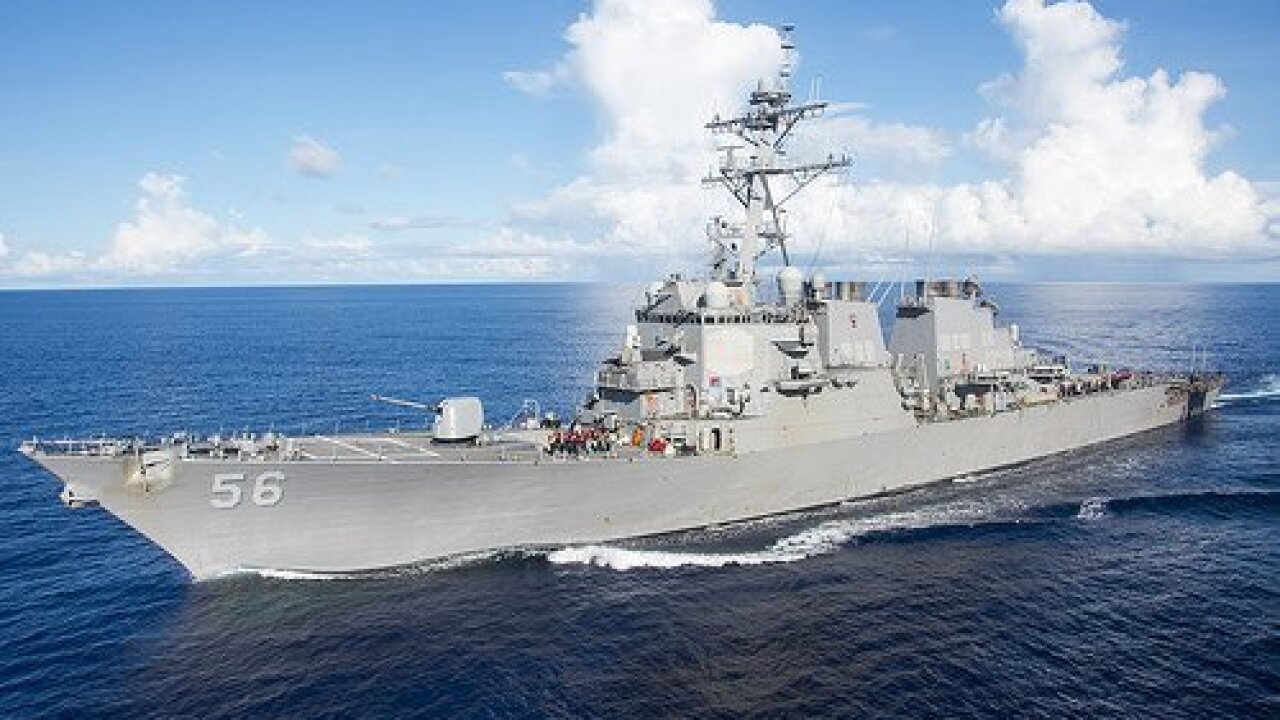 “There were emails between lower-level officers, but once leadership heard about it, they said knock it off,” a senior Navy official tells CNN. The White House Military Office provides military support for White House functions, including food service, presidential transportation, medical support and emergency medical services and hospitality services.

The Wall Street Journal first reported Wednesday the conversations about moving the ship, which was first named for the late US senator’s father and grandfather. Trump spoke to troops at a Memorial Day event aboard the USS Wasp in Yokosuka, Japan.

Trump said he had not been made aware of any plans concerning the ship, tweeting Wednesday night: “I was not informed about anything having to do with the Navy Ship USS John S. McCain during my recent visit to Japan. Nevertheless, @FLOTUS and I loved being with our great Military Men and Women – what a spectacular job they do!”

Trump and McCain, who was the 2008 Republican presidential nominee, were frequently at odds before and during Trump’s presidency, up to McCain’s death. In 2015, Trump attacked McCain — who had been a prisoner of war in Vietnam — as “not a war hero” and again criticized the senator from Arizona after he died of brain cancer last August.

The Journal reported Wednesday that a tarp was put in place to cover the ship’s name since it could not be moved due to repairs. Three Navy officials pushed back on this claim and told CNN there was no tarp covering the ship’s name when Trump was there.

“We didn’t do anything to obstruct the name of the ship. The Wall Street Journal piece refers to a photo of a tarp covering the ship, that photo was taken Friday, May 24, the tarp was removed the following day,” a third US Navy official told CNN.

The official said they had not seen the emails in question, but was adamant nothing had been done to obscure the ship.

Doss told CNN that he could confirm “that the picture of the Tarp is from Friday and it was taken down on Saturday. Paint barge was also removed ahead of the visit.” And Joe Buccino, a spokesman for acting Secretary of Defense Patrick Shanahan, told CNN that the secretary “was not aware of the directive to move the USS John S McCain nor was he aware of the concern precipitating the directive.”

Officials pushed back on the Journal’s reporting that a barge had been moved so as to obscure the name of the ship. One official said “the barge had been there regularly. At one angle, you might not have seen the ship’s name, but the name was visible at all times.”

The US Navy’s chief of information, Rear Adm. Charlie Brown, also tweeted Wednesday night that the name had been visible.

“The name of USS John S. McCain was not obscured during the POTUS visit to Yokosuka on Memorial Day,” Brown said in a tweet. “The Navy is proud of that ship, its crew, its namesake and its heritage.”

Officials also told CNN sailors from both the USS McCain and the USS Stethem had all been given four-day Memorial Day weekend passes. Not everyone was invited to participate in the reception on the USS Wasp with Trump because there wasn’t enough room.

Despite the President’s tweet that he “was not informed about anything having to do with the Navy Ship USS John S. McCain,” McCain’s daughter Meghan McCain reacted on Twitter Wednesday to the Journal’s reporting, calling Trump “a child who will always be deeply threatened by the greatness of my dads incredible life.”

I was not informed about anything having to do with the Navy Ship USS John S. McCain during my recent visit to Japan. Nevertheless, @FLOTUS and I loved being with our great Military Men and Women – what a spectacular job they do!