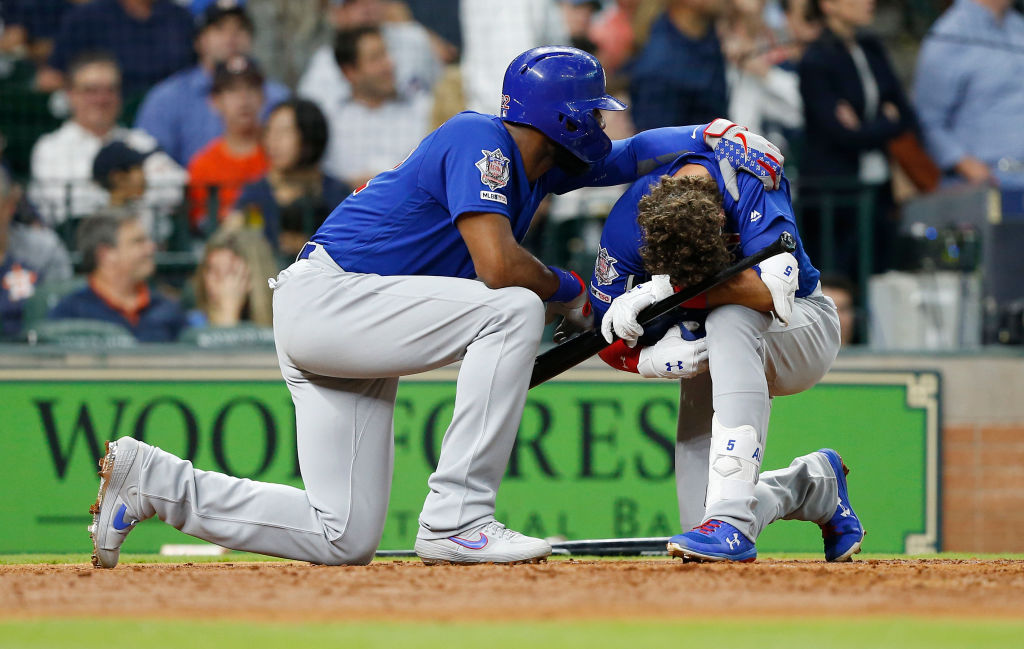 HOUSTON, Texas – The score of the game meant less to many who were a part of the Chicago Cubs and Houston Astros game Wednesday after a young fan was struck by a foul ball in the fourth inning.

According to a tweet from the Astros, and CBS Sports, the child was taken to an area hospital in Houston after being hit by the foul ball Cubs center fielder Albert Almora set up the third baseline. Almora was visibly shaken once he realized what had happened to the young fan.

The Astros have released the following statement:

“The young fan that was struck by a foul ball during tonight’s game was taken to the hospital. We are not able to disclose any further details at this time. The Astros send our thoughts and prayers to the entire family.”

The Astros released the following statement. Our thoughts are with the entire family. pic.twitter.com/f1VGVP1kiu

While the child being hit was not broadcasted, a variety of responses on the faces of players and fans alike showed how horrific the situation was.

SportsTalk 790 in Houston reports that the child is “awake, responsive” and the hospital trip is for “precautionary” reasons.

All 30 teams in Major League Baseball have extended protective netting that goes down both the first and third baseline of ballparks, so the ball either went through the netting, somehow, or the fan was sitting in an area outside the protective netting.

Almora reportedly was still visibly shaken during and after the game following the incident.