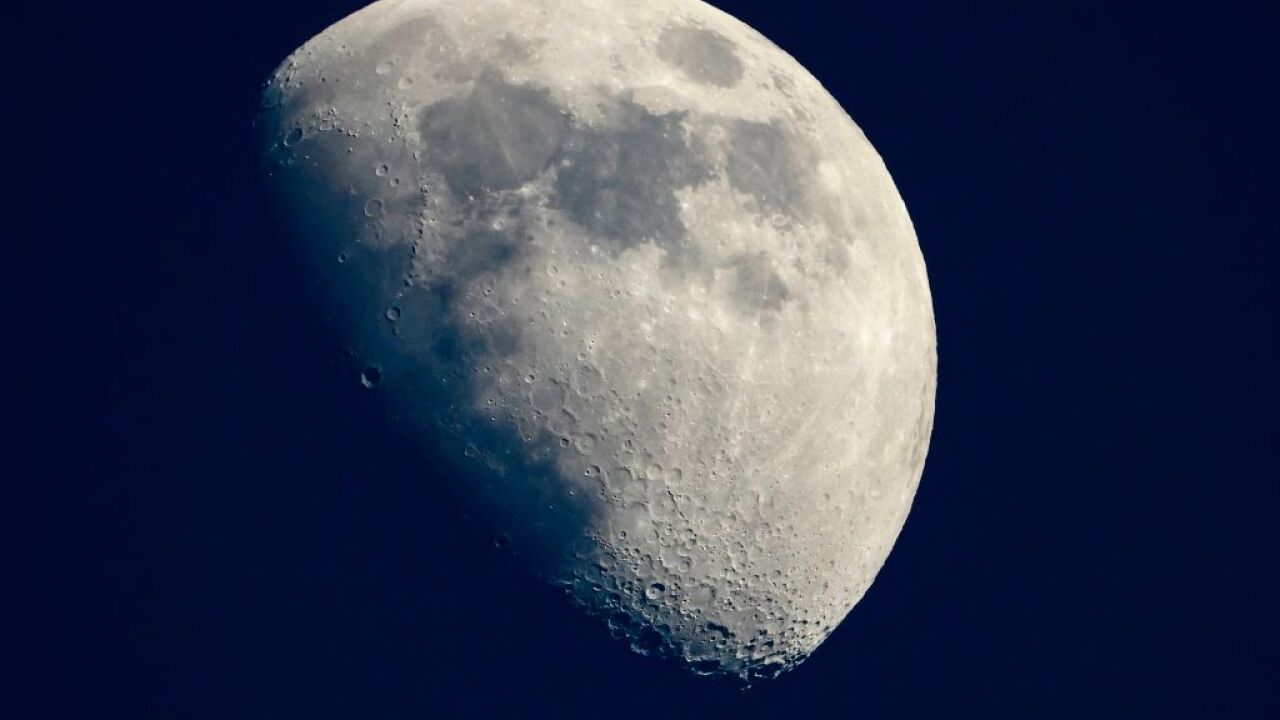 TOPSHOT – A photo taken on May 13, 2019 shows a view of the moon in Cannes, southern France. – The Moon is steadily shrinking, causing wrinkling on its surface and quakes, according to an analysis of imagery captured by NASA’s Lunar Reconnaissance Orbiter (LRO) published Monday May 13, 2019. (Photo by Laurent EMMANUEL / AFP) (Photo credit should read LAURENT EMMANUEL/AFP/Getty Images)

WASHINGTON – NASA announced Friday that the companies Astrobotic, Intuitive Machine and Orbit Beyond will help the agency in its next major step for lunar surface exploration plans.

The three companies will provide the first commercial Moon landing services that will deliver science and technology payloads as part of the agency’s Commercial Lunar Payload Services (CLPS), according to NASA.

“These missions will acquire new science measurements and enable important technology demonstrations, whose data will inform the development of future landers and other exploration systems needed for astronauts to return to the Moon by 2024,” added NASA in its release.

Officials said they hope to launch to the surface of the moon in July of 2021.