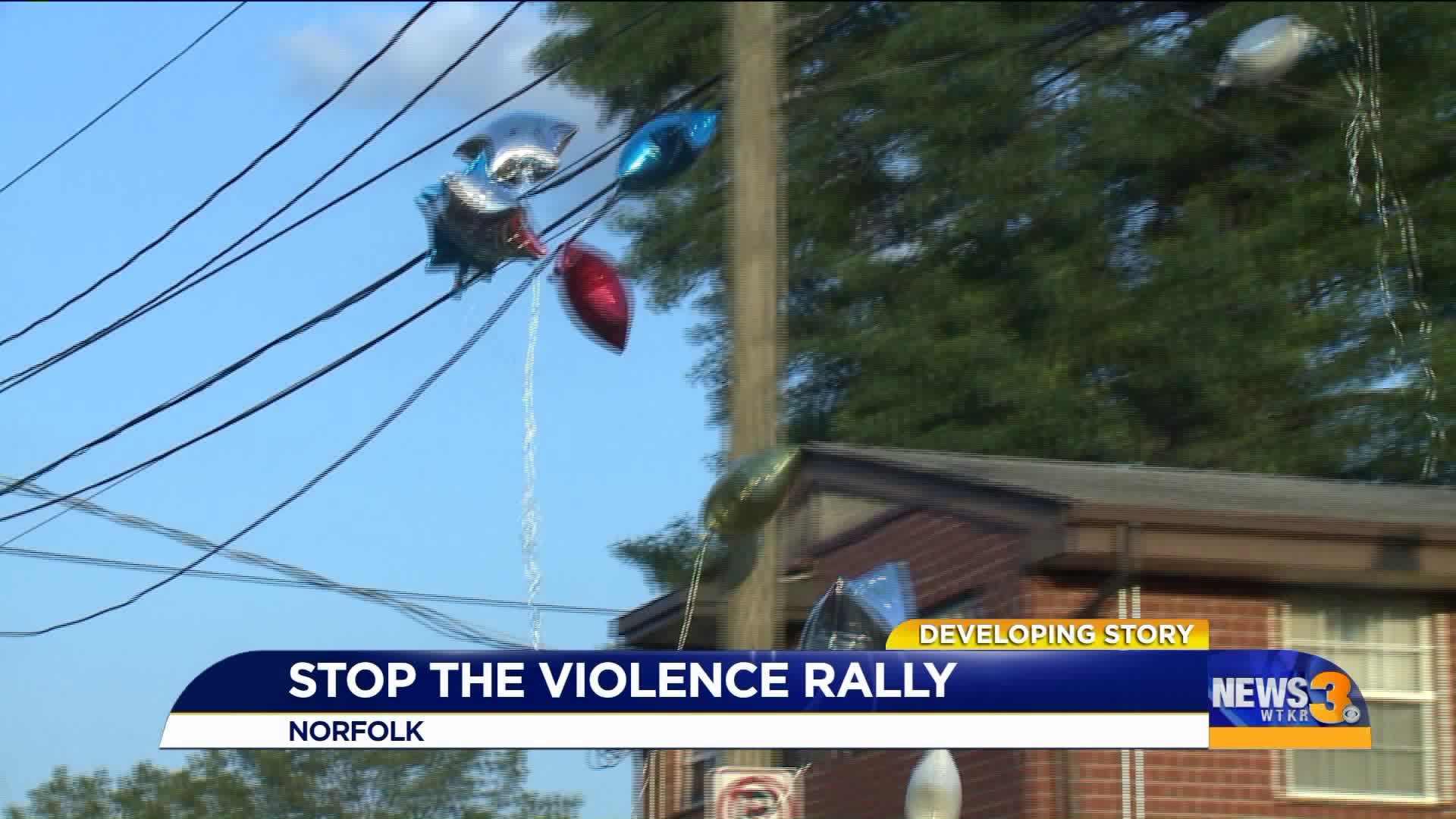 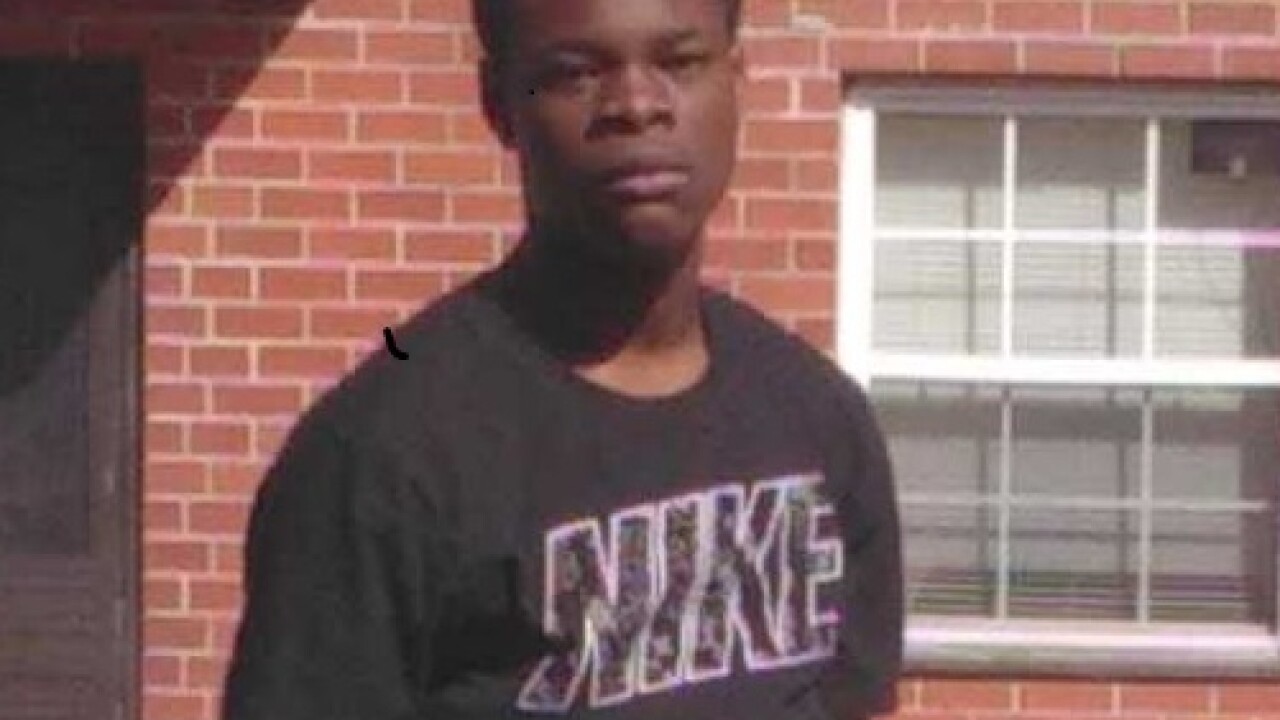 NORFOLK, Va. - Members of the community circled around the park in the Young Terrace neighborhood Monday to remember one of their own.

When units arrived, they found Godfrey dead at the scene. His mother Felicia Hayes says her son "was a joyful child, always helpful and a peacemaker."

“I’m just sick and tired of the senseless violence. You know,these young kids - it’s almost as if they have no hope," he said.

As a result of the investigation, 18-year-old Tayvon K. Black has been charged with second degree murder and use of a firearm.

Black is currently being held in the Norfolk City Jail with no bond.

Community leader Bilal Muhammad says the community most come together before it gets worse.

“[We're] trying to bring the community together so we can fight the situation, so it will not get out of hand," said Muhammad.

Norfolk detectives have not released any other details surrounding this investigation.

Over the last month, four teens have been shot, and two of them died as a result of their injuries.

The statement reads as follows:

Over the past few weeks our communities in Norfolk have experienced a series of tragic events involving our most vulnerable and impressionable citizens. Headlines such as “Teen Dies from Shooting” and “Shooting near Elementary School” have no less captured the reality that our youth are resulting to violence against one another to settle neighborhood “beefs” or simply being disrespected. As petty as this sounds, I have found that this is a motivating factor in whether someone lives or dies. Now our youth aren’t dying from fist fights, they’re dying from gun fights.

Last year, I examined over 700 firearms recovered as a result of criminal investigations in the City of Norfolk. One common denominator when researching the gun was that it was legally purchased before getting into the hands of the shooter. In most cases, the person who purchased the firearm and the person who used it in a crime had no ties to one another. So how are these guns getting into the hands of our youth? Simply put, irresponsible gun owners. As you know, our youth cannot legally purchase a handgun so they’re getting them from homes, unlocked vehicles, and other illegal means. Properly securing your firearm reduces the chances a juvenile will use a gun to make a split-second decision that changes everyone’s life. Gun violence is not all about politics, and I will not invest energy in speculation about future gun legislation. What is more compelling, is what WE as a community can do in the present to affect gun violence.

As a community, we need to rally around our youth and provide them with opportunities to prosper. You can help change the direction of a juvenile’s life by being Available, Valuable, and Visible to them. Odds are you don’t have to look far to find someone in need of guidance.  I urge communities that have witnessed the unmitigated killings of youth on their streets to have brave and courageous conversations with each other about gun violence, gun safety, illegal gun purchase, and the loss of young African-American males, who are identified repeatedly as suspects and victims. Let’s look within our own communities to assist our male youth with guidance, employment, and the self confidence that doesn’t roll through the barrel of a gun, but through your time and intentional commitment to change a life-threatening dynamic. Job applications in the hands of our youth for Summer employment, instead of guns, is a goal we should all work toward.

The City of Norfolk encourages our “community members” to find ways to positively impact our youth through outreach, engagement, and employment activities. To that end, I encourage ways we can partner in our efforts to reduce gun violence.

I would be remised if I didn’t share my sadness in the wake of another juvenile’s tragic death. As a police department, we will continue with the efforts that have shown to produce a reduction in crime. Having said that, even one act of violence is one too many.

Nevertheless, my responsibility as Chief of Police is to use the women and men of the Norfolk Police Department to make your community safer by holding those accountable for the crimes they commit. Therefore, I will continue to target known offenders in those areas throughout the city that have been impacted by violent crime. My methods will be deployed strategically as to not impact the lives of our law-abiding citizens, but it will leave an indelible mark on those who use violence against our citizens.

Right now, Hayes's main priority is raising the funds to bury her youngest child. A family member started a GoFundMe page to help with the funeral expenses. If you would like to donate, click here.