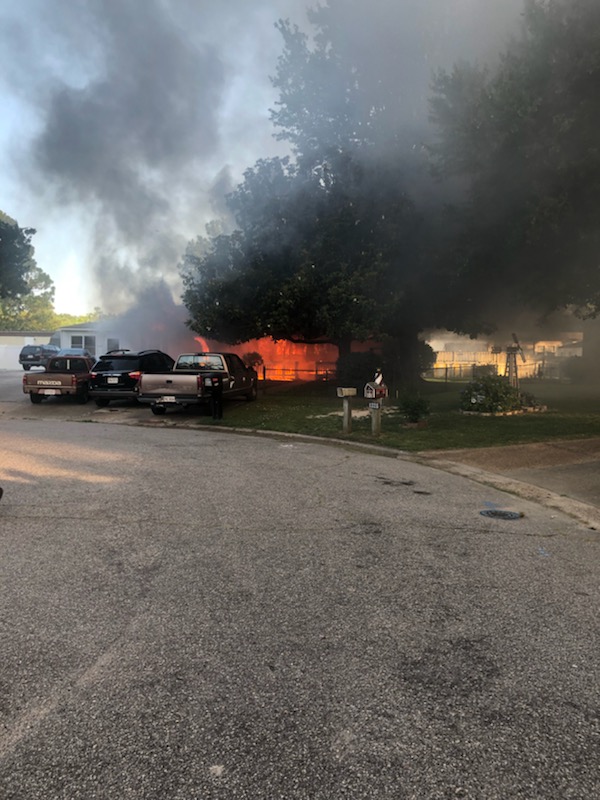 VIRGINIA BEACH, Va. – A home is a complete loss after a fire in the 1300 block of Canary Drive Tuesday evening.

The call came in at 6:44 p.m. The caller said the back of the one-story, single-family house was on fire and said they were trying to put the fire out with hoses.

All occupants and pets were out of the home before firefighters arrived. Authorities say the homeowner was not sure what caused the fire and that he reported seeing smoke in his daughter’s bedroom first.

At 6:52 p.m., the first units arrived on scene to find heavy fire showing from the side of the home. It was marked as a working fire.

Firefighters were rotated out of the home during overhaul, keeping the number of people inside to a minimum due to an unstable floor.

After quickly getting the fire under control, crews were able to adequately overhaul to extinguish the fire while preserving the scene until investigators arrived to conduct their investigation.

Five adults and three children have been displaced as a result of the fire.

The Red Cross is assisting the family with lodging arrangements. Support 8 provided burn out kits to all family members so they would have the basic necessities covered.

Authorities say the home has been placarded.

One firefighter reported a minor leg injury, and no civilians were hurt.