NORFOLK, Va. - Five people have been forced out of their home after a house fire in the 9600 block of Capeview Avenue last week.

Clean-up started Tuesday in the garage. All that remains is rubble and debris.

The call came in at 3:54 p.m. last Tuesday. Firefighters with Norfolk Fire-Rescue arrived on scene at 4:07 p.m.

Heavy fire on the outside of the home spread to the roof of the multi-family building, authorities say.

Navy Sailor Arbresha "Bree" Haxhaj lives in the townhome with her mother, son and three other roommates. She got the call about the fire when she was at work, and the first thing that came to mind was her 11-month-old child.

"I was just like, 'Where is my baby?'" Haxhaj says. Her son was at home with her mother and her two other roommates during the time of the fire.

Firefighters say the incident began as a car fire and quickly advanced to the building.

While no injuries were reported, the four adults, child and a dog have been displaced.

The community created a GoFundMe page to help with the financial burden. The rooms on the second and third floor are destroyed.

Authorities said another fire was reported within an hour of this incident. 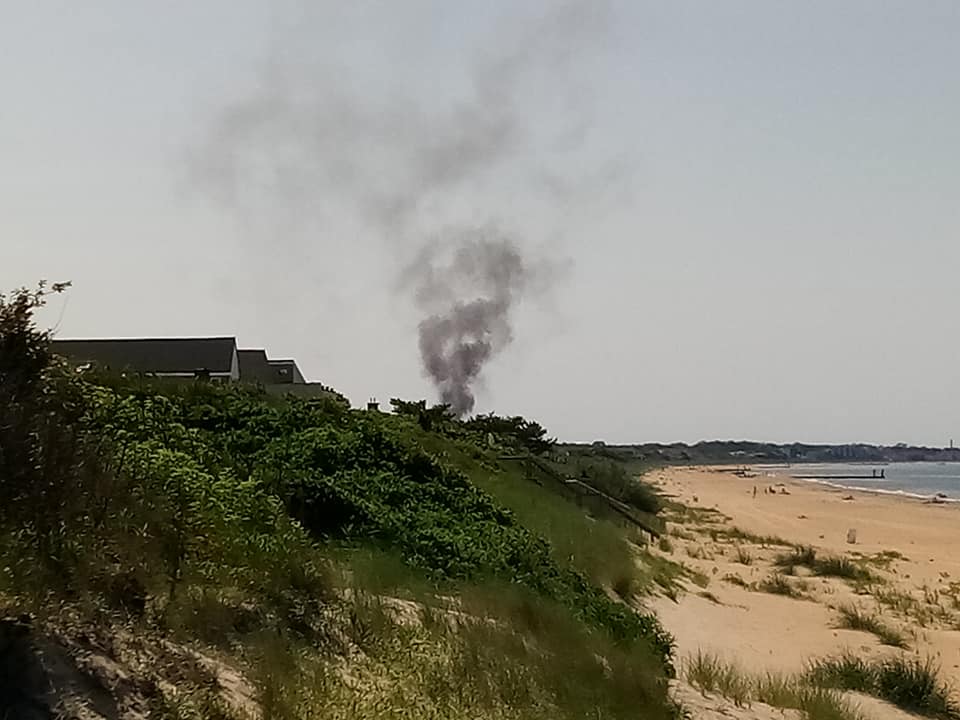