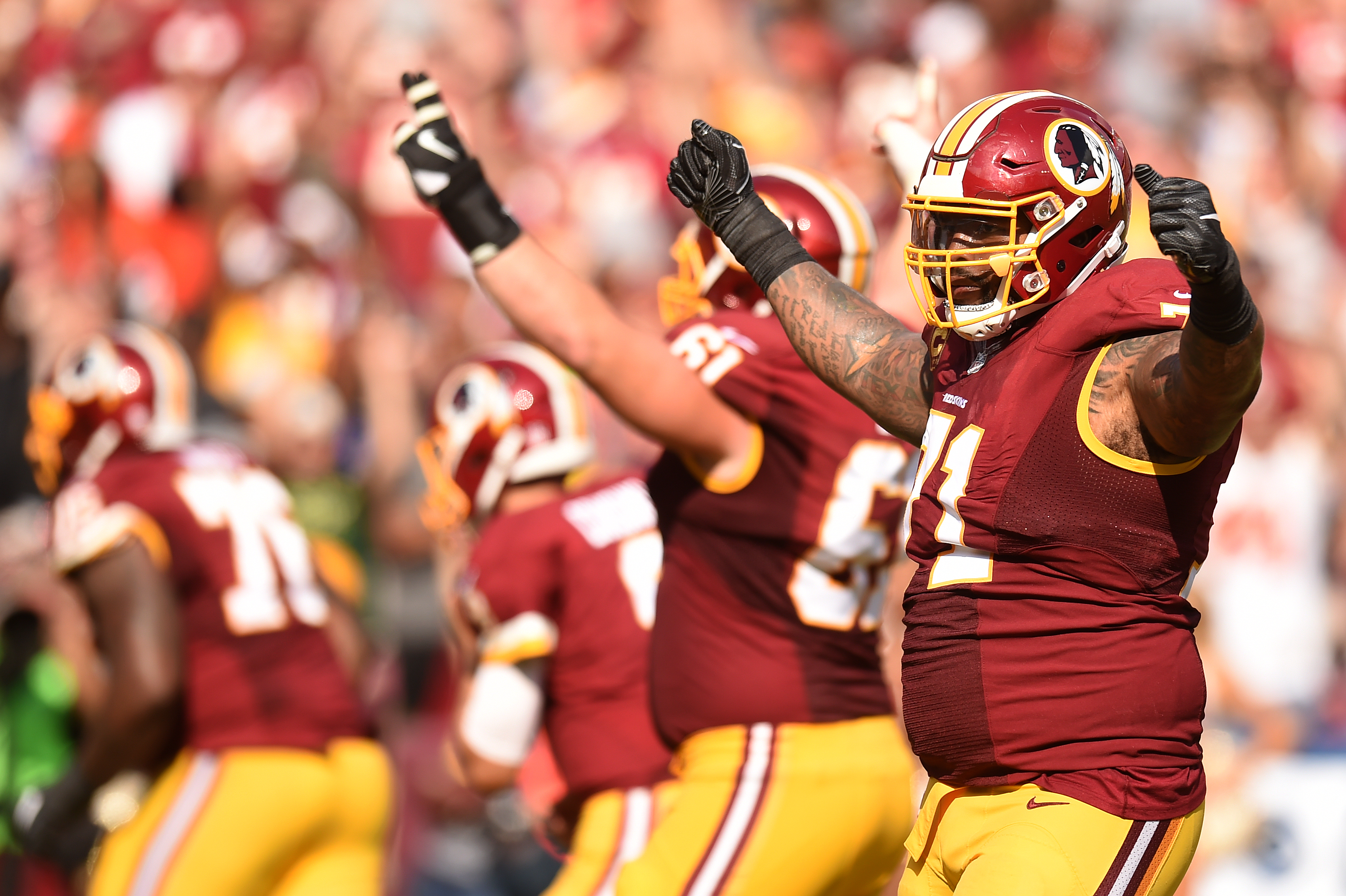 LOUDOUN COUNTY, Va. – The NFL is a business. And, the Redskins best offensive lineman is skipping the team’s mandatory minicamp for what’s being described as a business decision.

Trent Williams, the seven-time Pro Bowl left tackle, was a no-show Tuesday as the Redskins conducted a full-squad minicamp session. According to Ian Rapoport of the NFL Network, Williams is holding out for a new contract.

“I talked to him a little while ago,” Redskins head coach Jay Gruden admitted after the team’s workout. “This is personal between him and his agent and our organization, and we will handle it accordingly. Trent knows we all want him back. I want him back in the worst way and I know his teammates want him back in the worst way, but at the end of the day there is a business side of pro football and that’s what he is about right now. So, we will find out what happens. Hopefully, we’ll get it all situated soon and get him back here.”

#Redskins LT Trent Williams, not spotted in the building this morning, wants a new deal, I’m told. His deal was huge when he signed out, but the market has shifted greatly. https://t.co/12AFhn394d

With two years remaining on his contract, Williams is scheduled to bring in roughly $14.7 million both this year and next year according to CBSSports.com.

Jason La Canfora is reporting that Trent Williams has issues with how the Redskins handled his recent medical situation and that he has vowed not to play for Washington.

Trent Williams issues with Skins are not financial at all according to numerous sources with knowledge of the situation. He's told teammates he has demanded a trade or his release from the club due to their handling of his recent medical situation. Has vowed not to play for them