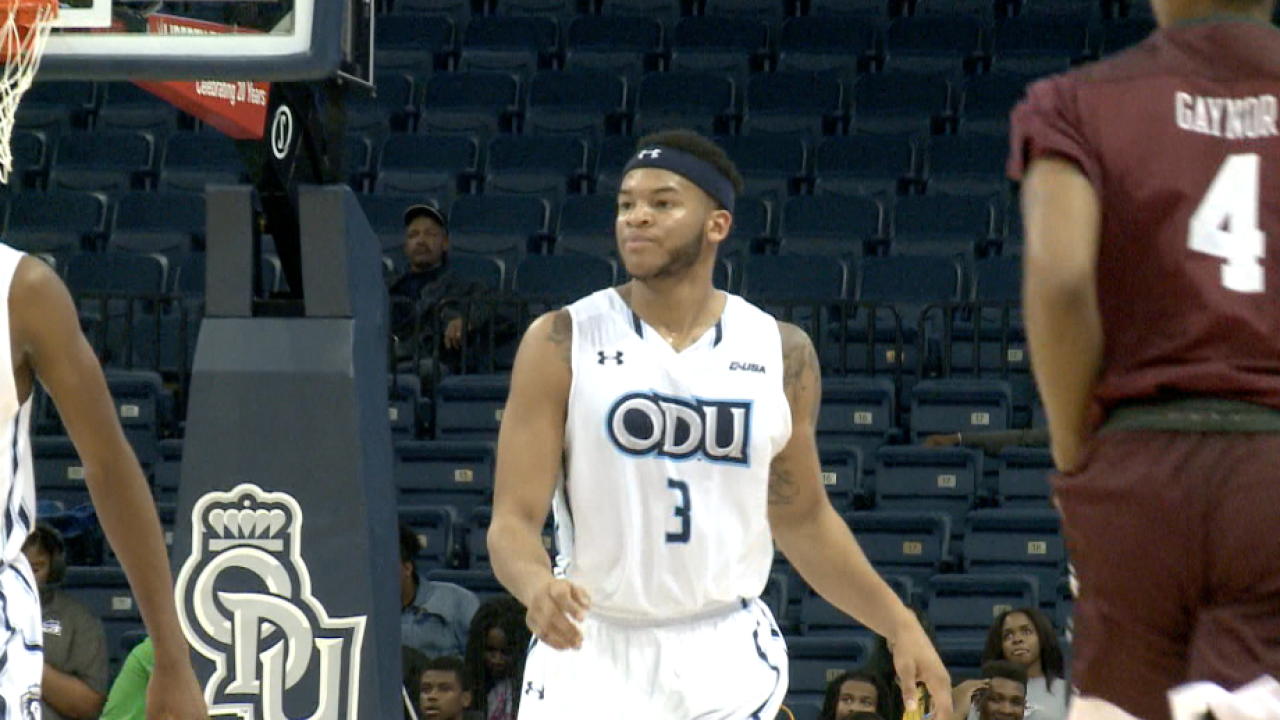 B.J. Stith on the court for ODU.

Tuesday, the Washington Wizards hosted former Old Dominion men’s hoops star B.J. Stith for a pre-NBA Draft workout. The team tweeted a photo of Stith and also included him in their behind-the-scenes video of the workout.

Stith, the 2018-19 Conference USA Player of the Year, led ODU in scoring and rebounding last season. His 7.5 rebounds per contest ranked 6th in the C-USA, while his 16.8 points per outing ranked 8th in the league. He is the ninth player in Old Dominion program history to earn a conference player of the year award and the first since Alex Loughton won the CAA’s top honor in 2005.

B.J.’s father Bryant, who is the University of Virginia’s all-time leading scorer and currently serves as an assistant coach on Jeff Jones’ staff at ODU, played 10 seasons in the NBA.

No ODU player has been selected in the NBA Draft since Cal Bowdler in 1999. The 2019 NBA Draft is Thursday June 20th.