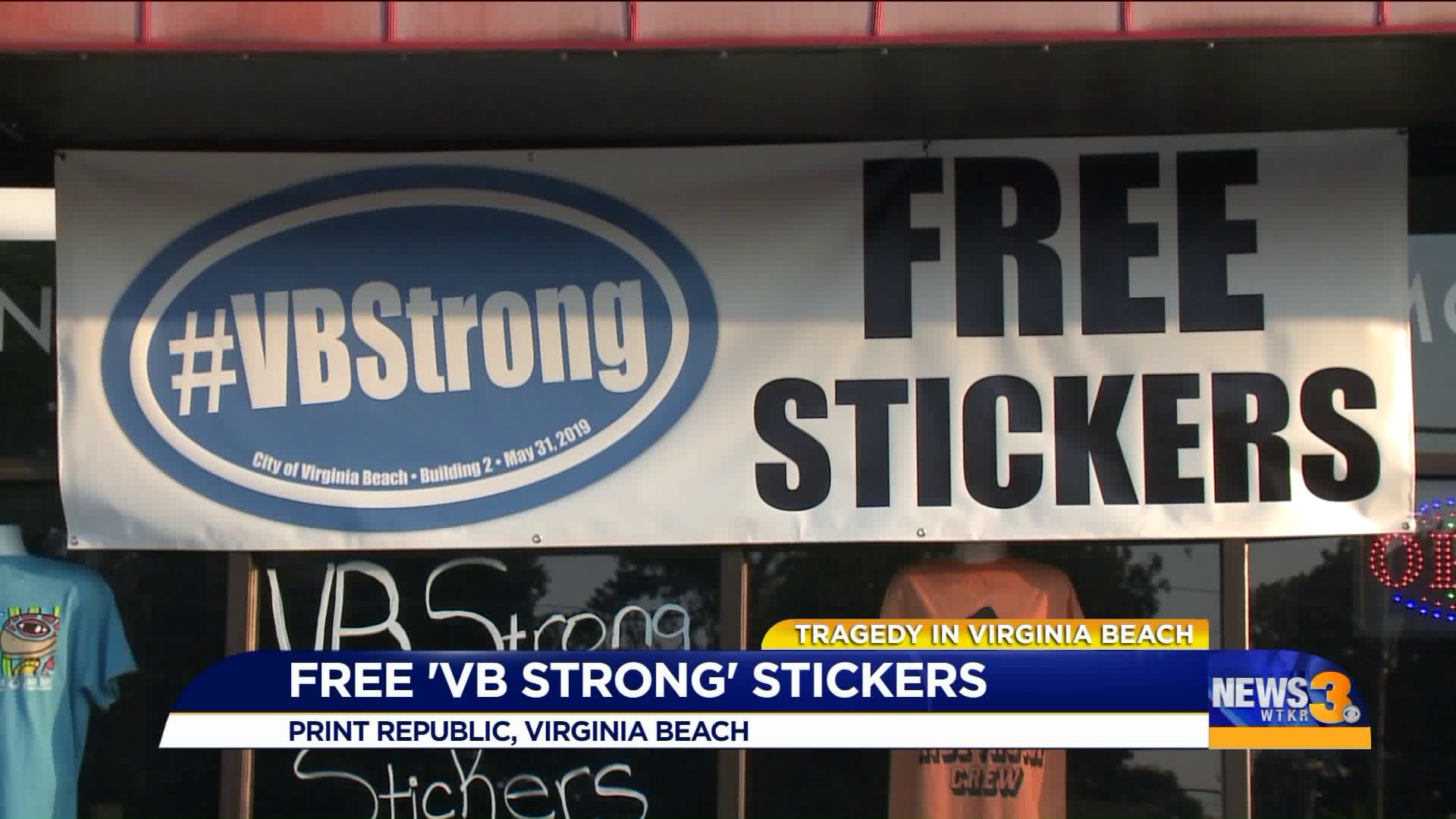 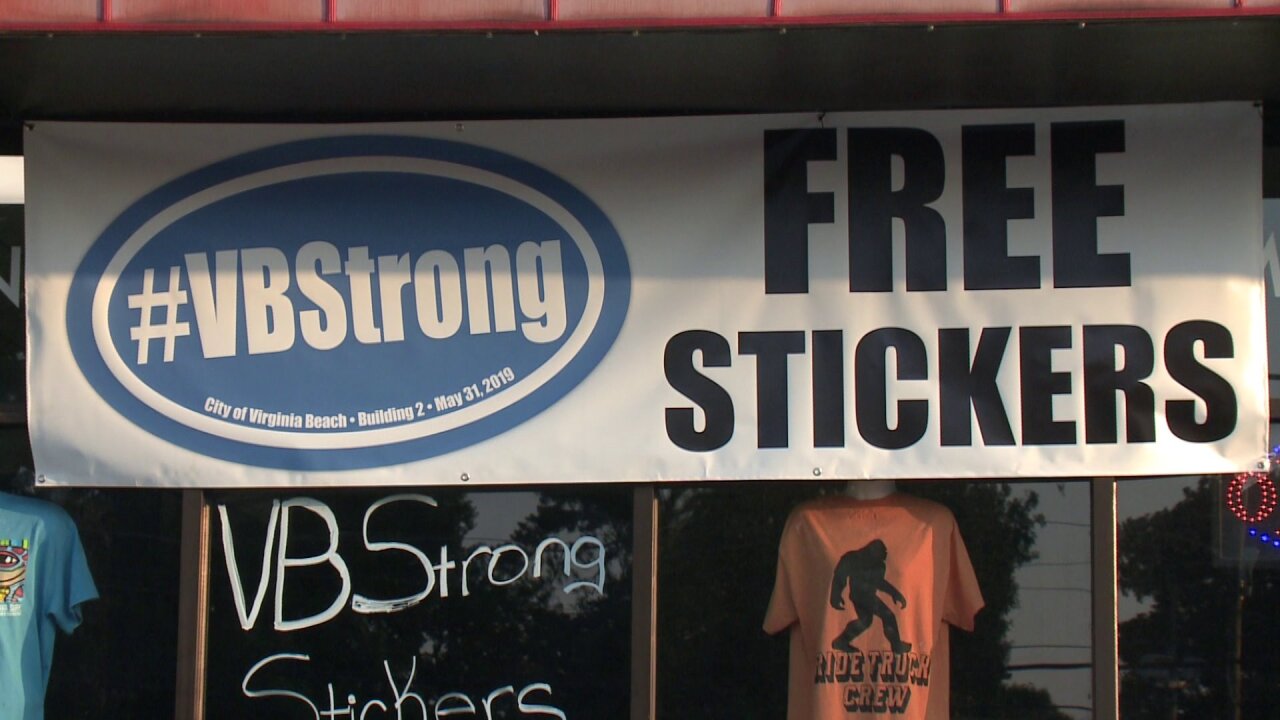 VIRGINIA BEACH, Va. - One Virginia Beach printing business is taking action to bring the city together one sticker at a time.

The printing machine at Print Republic has been cranking out stickers 24 hours a day.

They said they have already handed out 8,000 stickers to residents, first responders and anyone else who has asked for one.

Cox says her close friend was in Building 2 during the mass shooting.

She said her friend is physically doing okay but mentally is still disturbed.

She said she came up with the idea for the stickers on Sunday and went to her co-owner Stephen Snellinger with the idea.

“She posted it at 2 a.m. and I woke up and the phone's been nonstop,” said Snellinger.

“Tennessee, Texas, we’ve gotten a request from California. I think pretty much every state we’ve had people calling,” said Cox.

The response has been so intense they’ve had to limit them to five a person, and right now there are more than 1,600 people on the waiting list to get one.