Teammates react to Trent Williams’ frustration, “vow” to not play for Redskins 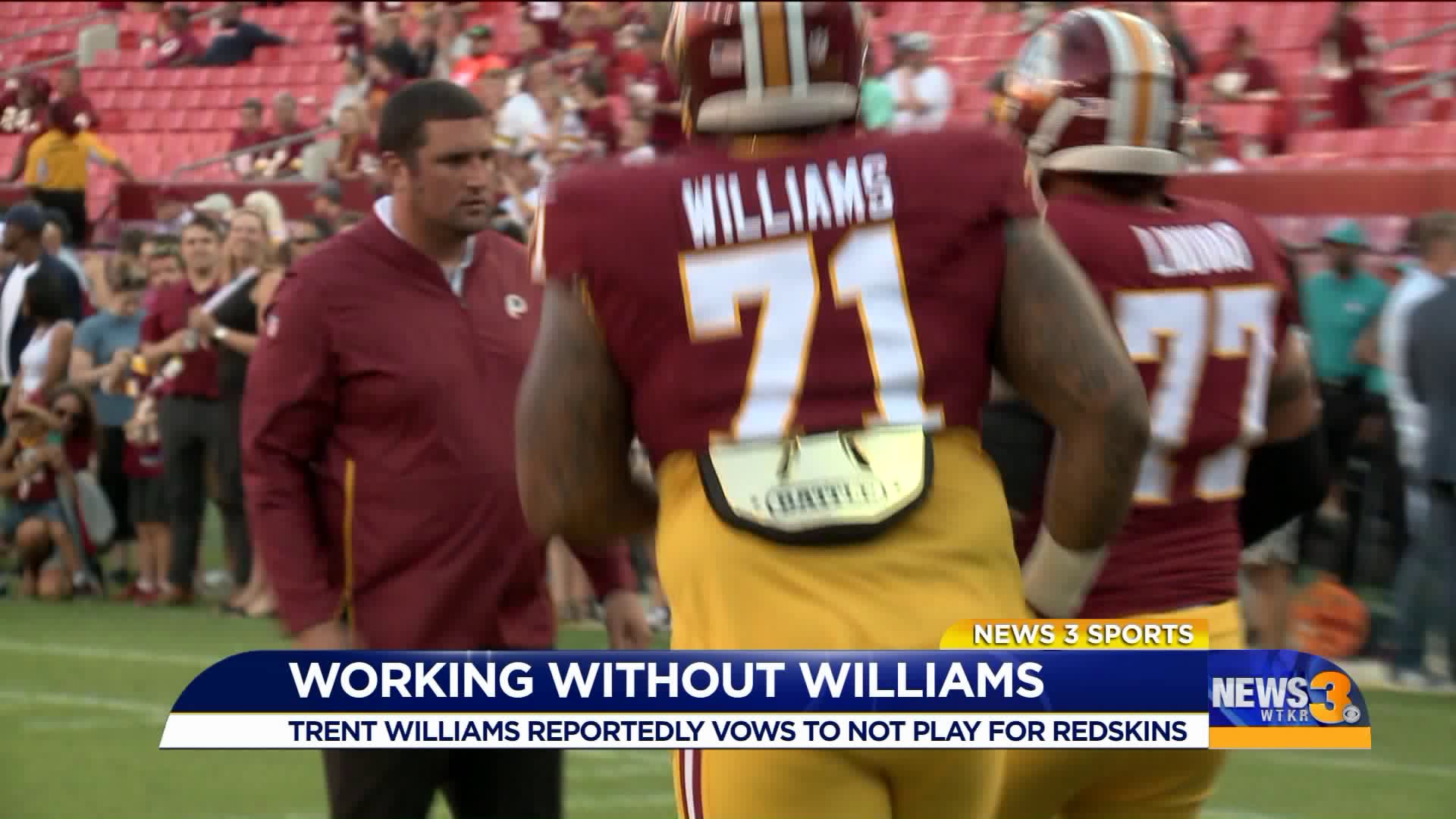 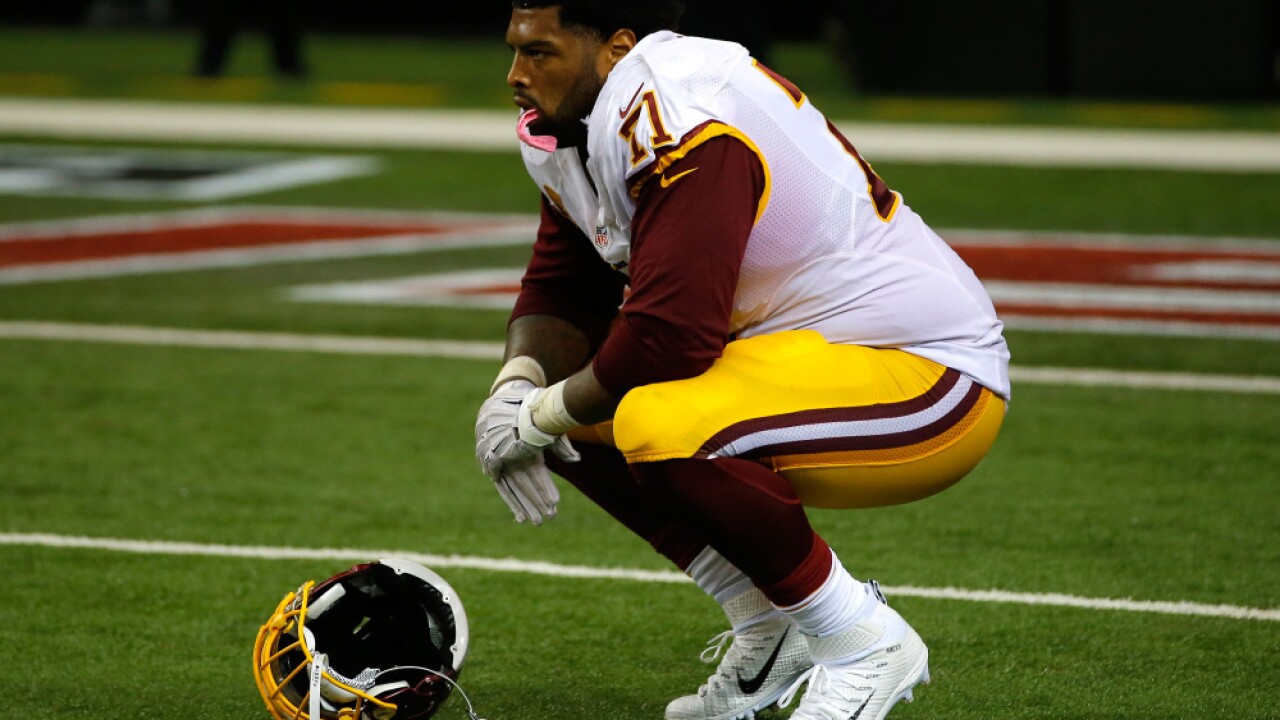 LOUDOUN COUNTY, Va. - Trent Williams is not in town. The anchor of the Redskins offensive line has not attended either of the first two days of mandatory minicamp.

Trent Williams during a game vs. the Falcons. (Photo by Kevin C. Cox/Getty Images)

According to CBS Sports NFL Insider Jason La Canfora, Williams has an issue with how the Redskins handled his recent medical situation that involved him having a growth removed from  his scalp.

Williams has been with the team since being drafted fourth overall by Washington in 2010. "He's a big part of what we do," running back Adrian Peterson said. "You know you have that security with him there."

The man on his right, Morgan Moses, says they talk often and he belives that Trent will be back with the team when he's healthy and things get handled between him and the front office.

"That's between him and upstairs," said Moses. "I know he's working hard, I know he's studying, and when he gets back it'll be like he never left."

Trent Williams issues with Skins are not financial at all according to numerous sources with knowledge of the situation. He's told teammates he has demanded a trade or his release from the club due to their handling of his recent medical situation. Has vowed not to play for them