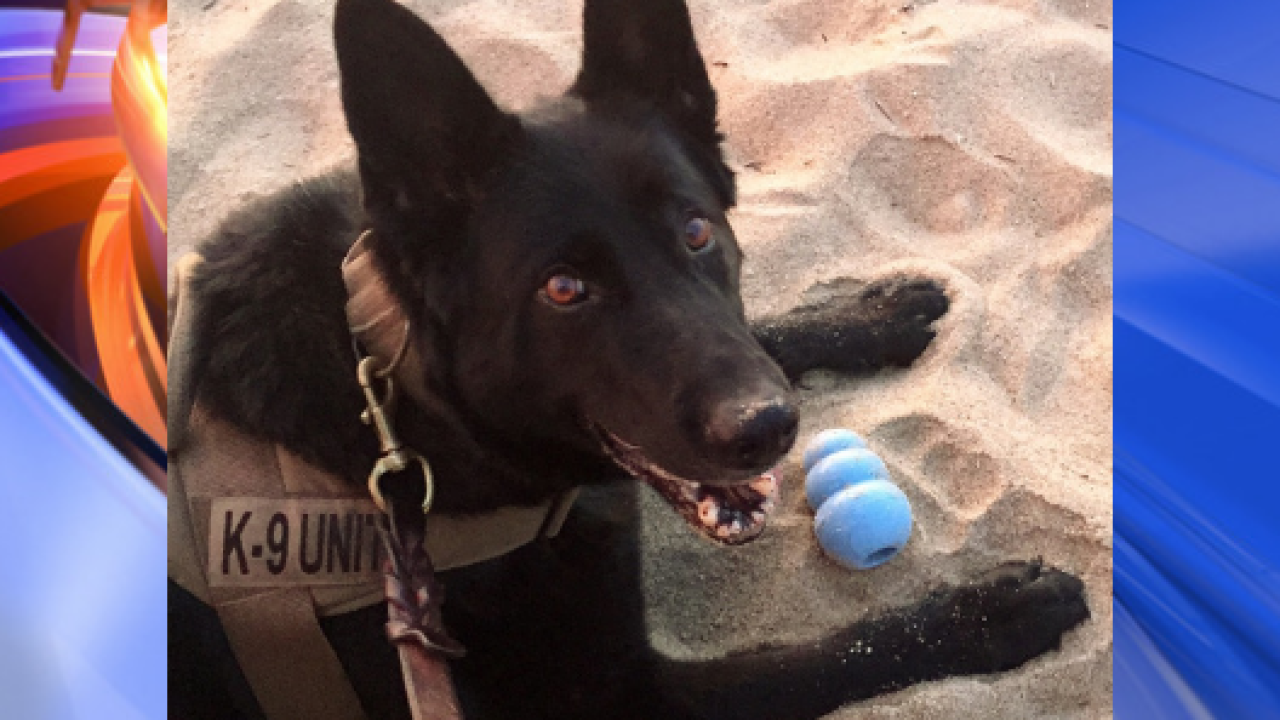 KILL DEVIL HILLS, N.C. – The Kill Devil Hills Police Department announced on Facebook that one of its former K9s died.

K9 Officer Inka had been living with her handler, former Kill Devil Hills Police Officer C. Craddock, since retiring due to an injury.

On Facebook, the department called Inka’s career “very successful,” and shared a picture of her playing in the sand.