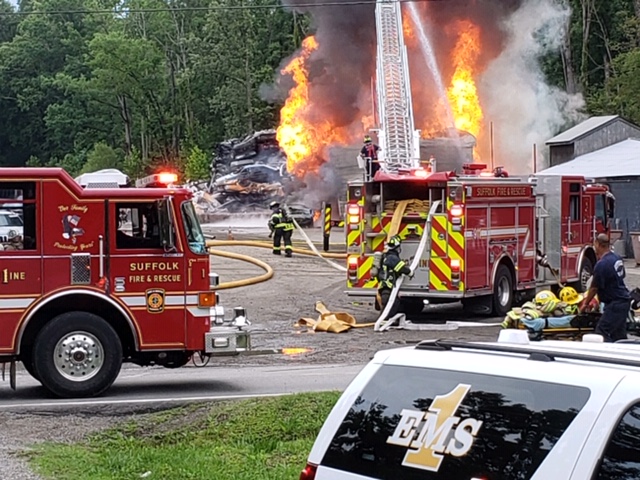 SUFFOLK, Va. – Firefighters responded to a structure fire that was reported Monday afternoon.

Around 4:30 p.m., officials received word of a fire in the 200 block of Suburban Drive.

Battalion Chief Demetri Wilson advised that firefighters found an accessory shed at the facility fully involved with several explosions when they arrived on scene.

10 to 15 vehicles to be salvaged that were in close proximity to the shed were also engulfed. Flames were threatening a large fuel dispensing tank on site.

Firefighters were able to contain the flames to avoid extension to the primary structure.

There were no injuries reported and the fire was called under control at 5:09 p.m.

The Fire Marshal’s Office will be handling the investigation to find out what caused this fire.