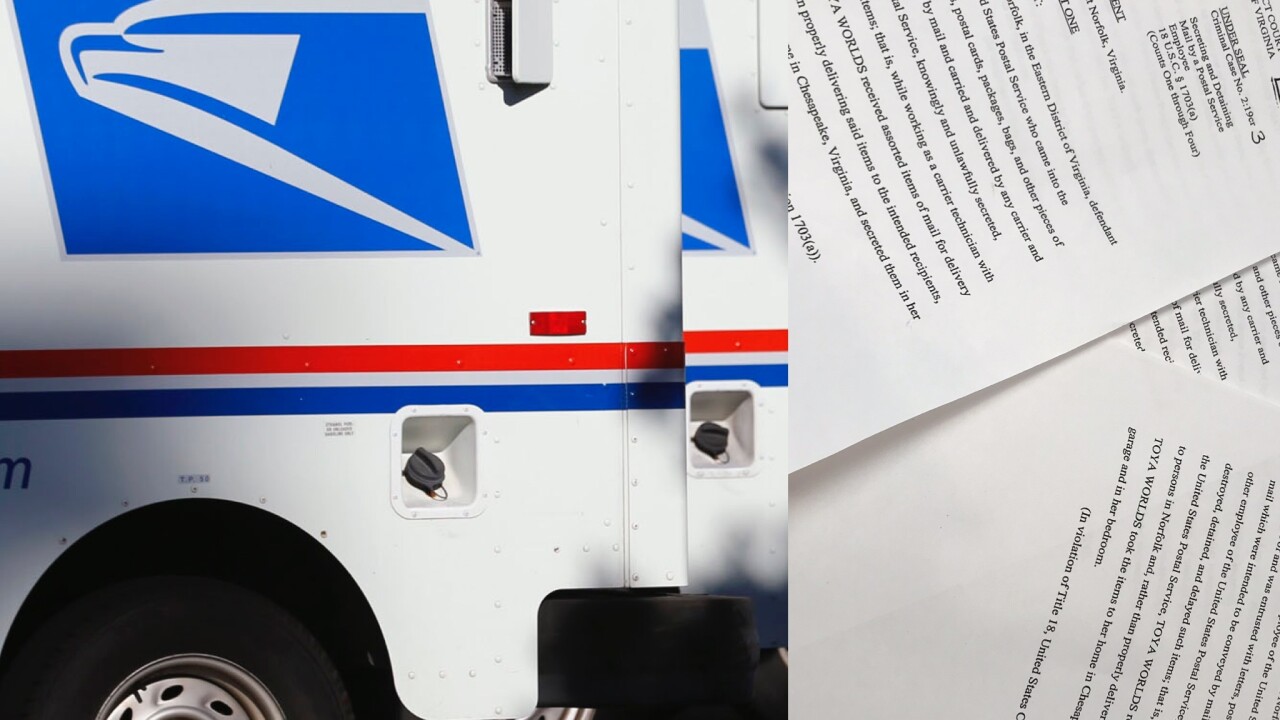 NORFOLK, Va. – A 38-year-old mail carrier was sentenced to less than a day in jail, plus three years supervised release.

Toya Worlds faced four charges from the federal government after being accused of theft during her time with the USPS in Norfolk.

Worlds secretly took items out of the mail and hid them in a garage and bedroom at her home in Chesapeake.

The federal indictment said Worlds took letters, postcards, packages, bags and boxes that she was supposed to deliver. The offenses in the documents date from December 2017 to October 2018.

News 3 attempted to make contact with the Worlds. Instead, we spoke to a friend who said Toya Worlds used to live in Norfolk; she previously served in the U.S. Navy.

We reached out to the USPS Office of the Inspector General to request more information but have not heard back.