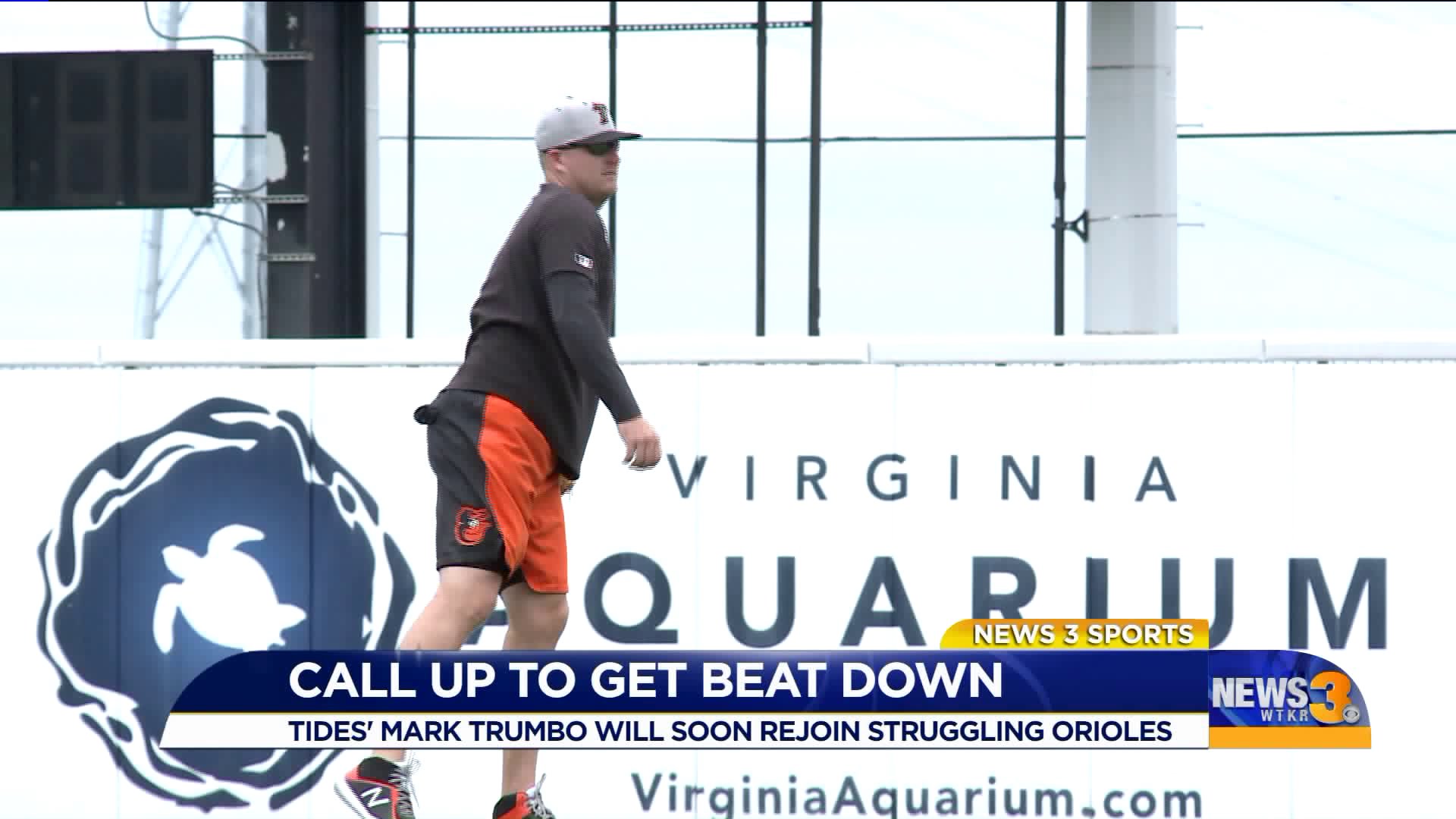 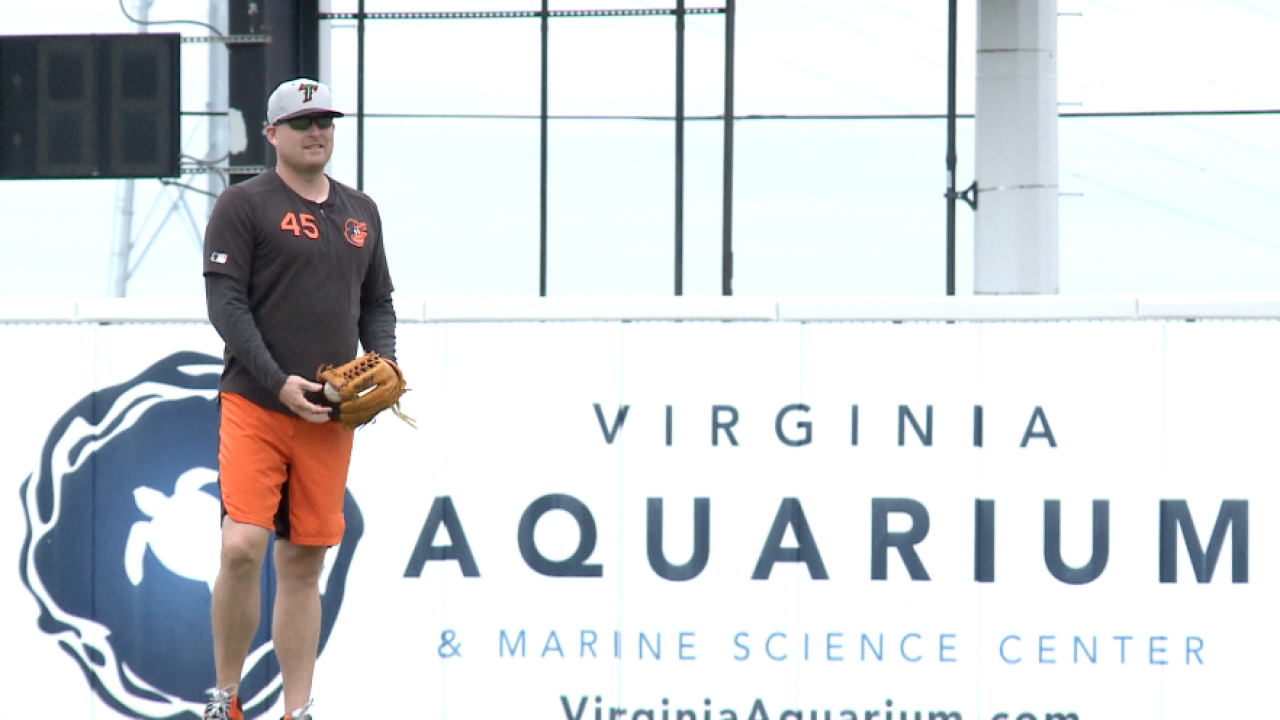 NORFOLK, Va. - Going from durable to down isn't the easiest. Mark Trumbo, a guy who was known for playing just about everyday in the MLB, hasn't played for the Orioles in nine months.

Mark Trumbo at practice with the Norfolk Tides.

The two-time MLB All-Star has been working his way back from a knee surgery last September that ended his 2018 campaign early.

Trumbo played sparingly during spring training, and wound up staying back in with the Tides as his rehab nears an end, the big leagues are within reach for Trumbo.

The playoffs, however, are not for his Orioles, who currently have the worst record in all of Major League Baseball. Yes, he'd like to be coming back to a team making a push towards the postseason, but he's getting paid to play baseball, and he say's he has a job to do.

"Most people would say they'd want to play for a contender," Trumbo said. "But where the current ball club is, I think it's important for me to set an example for the guys coming behind."

Trumbo joined the Tides on June 5th after a three-game rehab stint with the Bowie Baysox.

The Tides finish a three-game set against Scranton Thursday afternoon at Harbor Park.