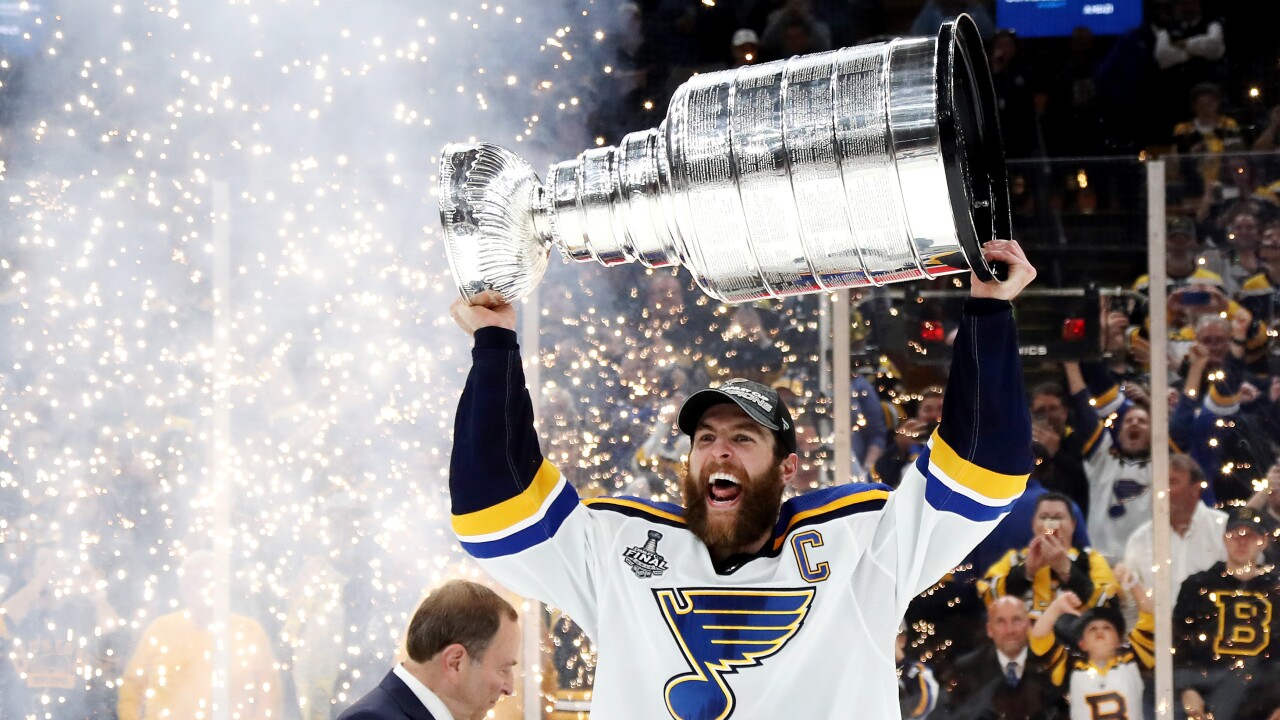 BOSTON, Mass. – The Cup is headed to The Lou.

The St. Louis Blues defeated the Boston Bruins 4-1 in game seven of the Stanley Cup Final to win their first title in franchise history. The Blues have appeared in three other Stanley Cup Final’s, last making it in 1970.

Ironically, they were swept by the Bruins in that title series 49 years ago. Blues player Ryan O’Reilly was named the Conn Smythe trophy winner for Playoff MVP.

They say good things come to those who wait.

52 years later… @StLouisBlues I’m all yours.