‘Skins scoop: Will Dwayne Haskins be QB1 week one? 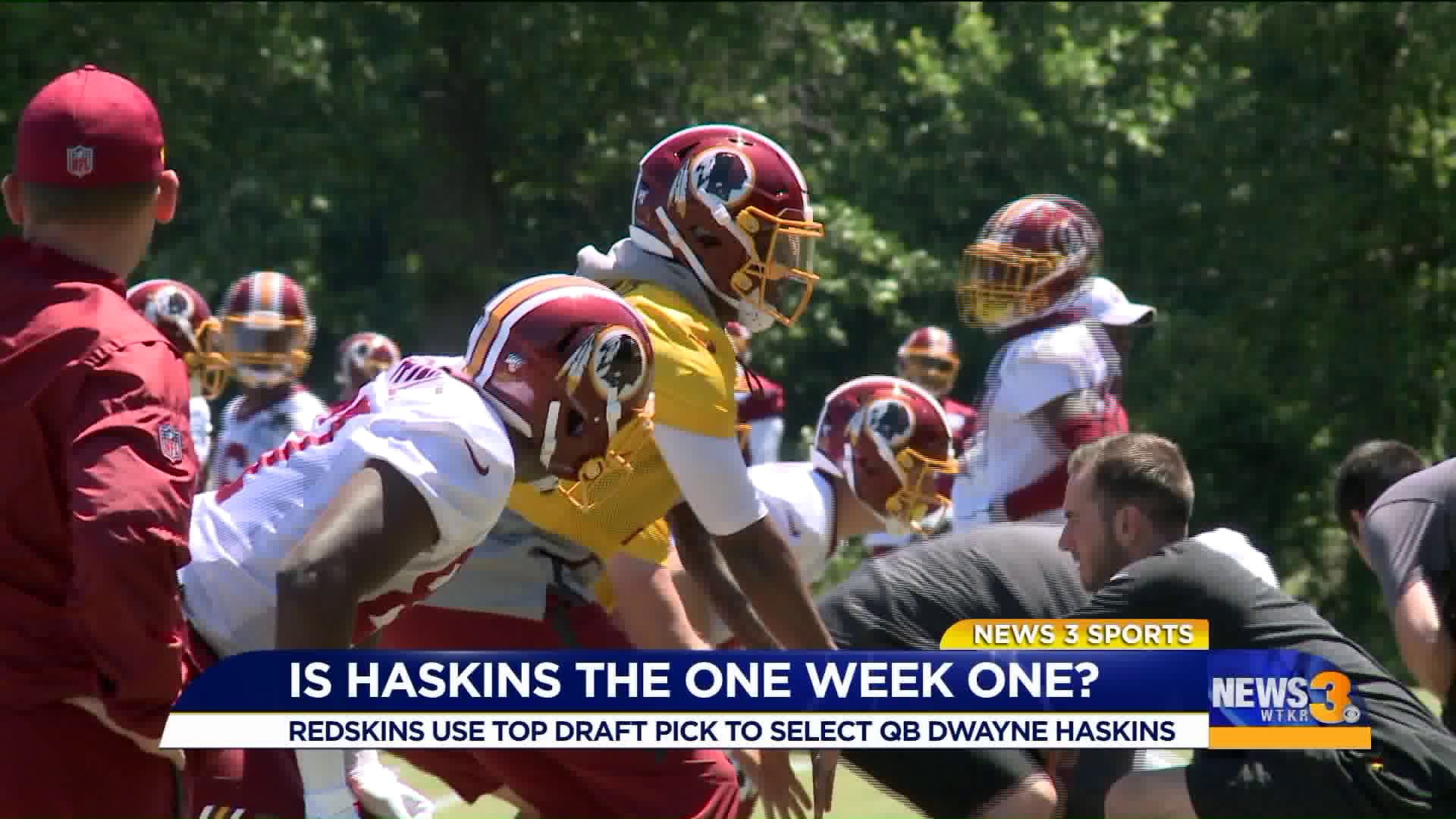 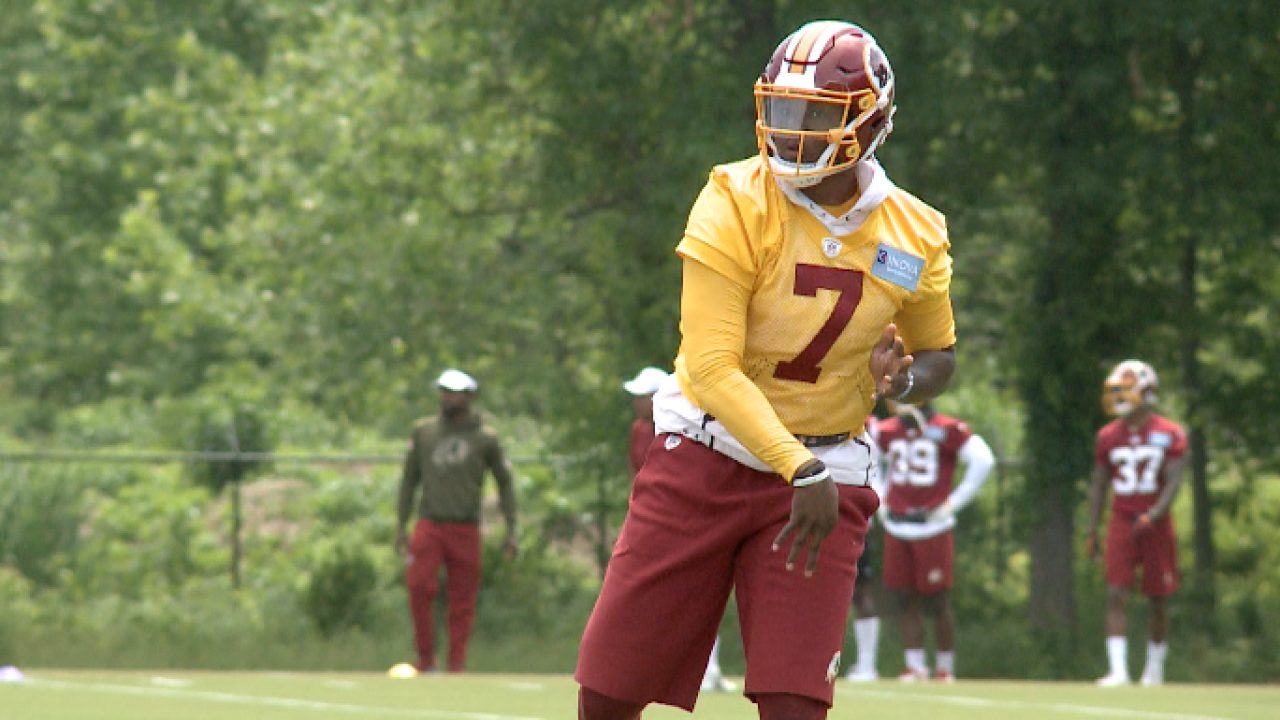 LOUDOUN COUNTY, Va. - The Washington Redskins' offseason is officially over. Now (as if we weren't before...) we can look ahead to the Redskins' regular season.

When the 'Skins start their 2019 season September 8th at Philadelphia, who will be the team's starting quarterback? Will one of the veteran signal-callers, Colt McCoy or Case Keenum, win the job? Or will it be first round rookie Dwayne Haskins?

"I don't really worry about starting week one," Haskins said following Tuesday's Organized Team Activity (OTA). "I just want to be ready to play week one - whether that's this year or next year. Whenever the time comes for me to play, I just want to make sure when I do play: I don't want to look back. That's my mindset on that."

The Redskins selected Haskins 15th overall in the 2019 NFL Draft.

Last year, four of the five quarterbacks drafted in the first round (Baker Mayfield, Sam Darnold, Josh Allen, Josh Rosen, Lamar Jackson) were starting for their teams by week four. Jackson, who played in all 16 regular season games, took over as Ravens starting QB week 11.