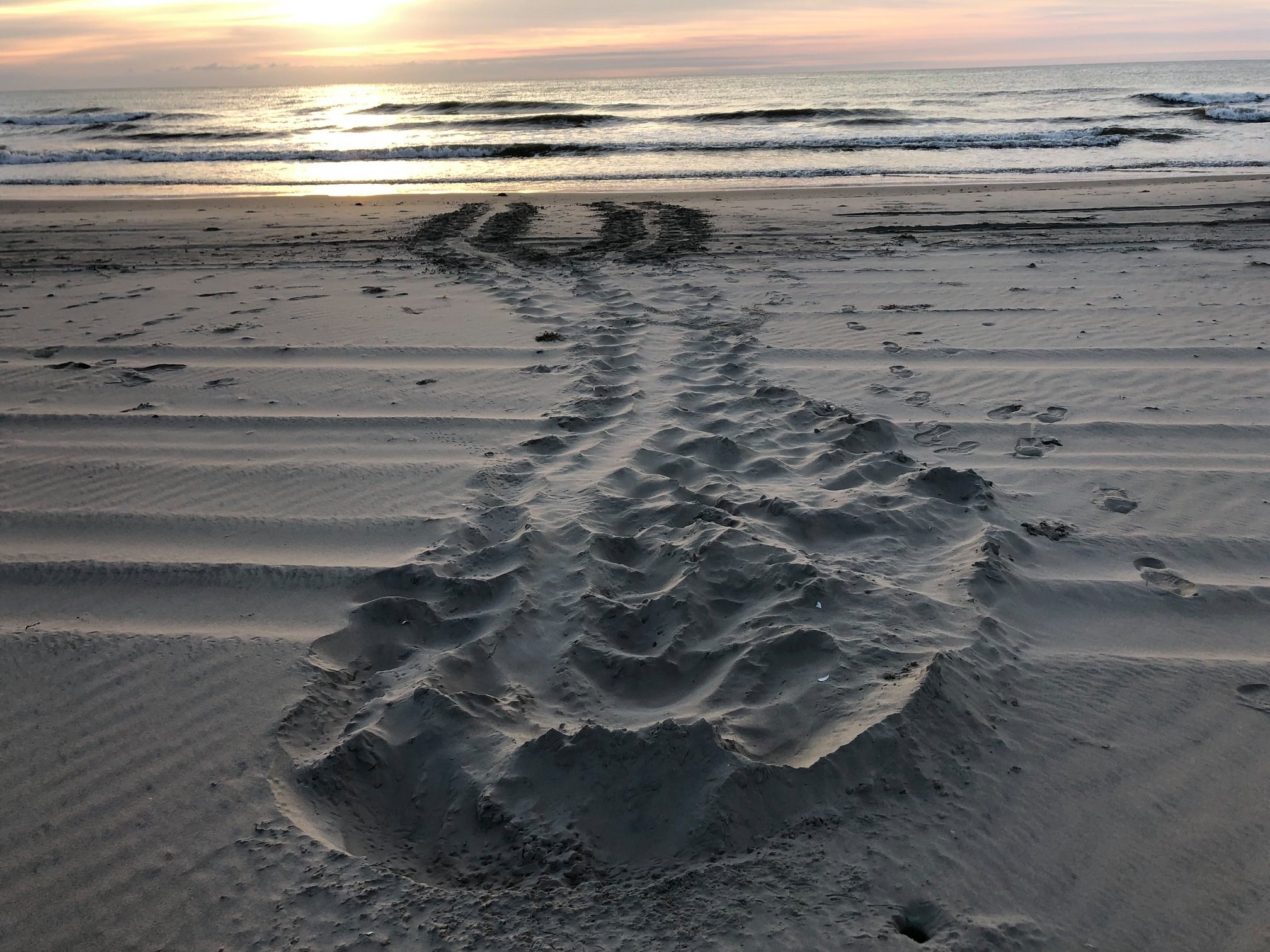 VIRGINIA BEACH, Va. – The first day of summer is Friday, June 21, and tourists are already flocking to Virginia Beach. Among them: loggerhead sea turtles.

The Back Bay National Wildlife Refuge said on Facebook that its refuge biology interns found a loggerhead sea turtle crawl Friday morning. The crawl, a set of tracks in the sand, shows that a sea turtle came up onto the beach overnight to lay eggs.

Members of the wildlife refuge found the nest about a mile north of the North Carolina border on False Cape State Park’s beach.