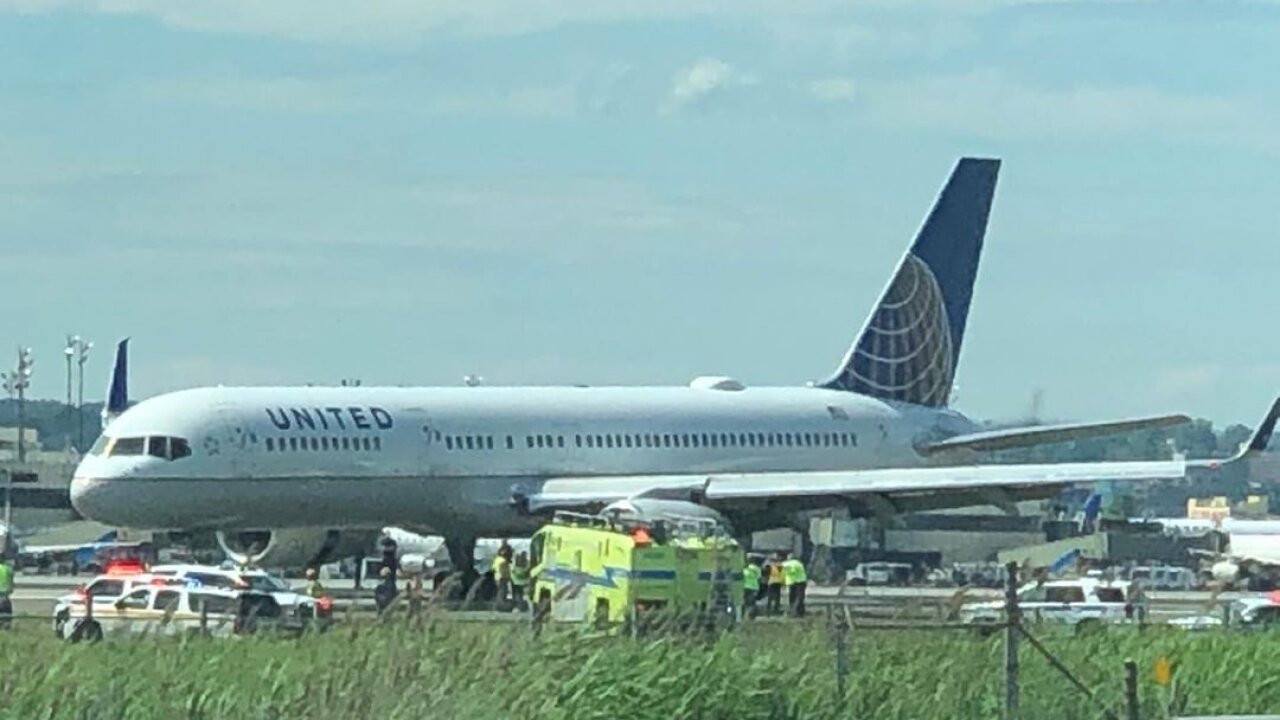 A United Airlines flight skidded off a runway Saturday at Newark Liberty International Airport in New Jersey, leading to delays while the plane was towed away, the Federal Aviation Administration said.

No injuries were reported when United Flight 627 — which originated in Denver — landed at 1 p.m. on Runway 22 Left and then skidded off the left side of the runway, according to the FAA.

United Airlines said in a statement that the plane “experienced multiple flat tires upon landing” and “became disabled.”

None of the 166 passengers on board were taken to hospitals and those with minor injuries refused medical attention, the airline said. Damage to the aircraft was being assessed.

“We’re in close touch with the FAA and airport authorities and are working expeditiously to safely remove the disabled aircraft so that operations at the airport can return to normal,” the airline said.

Newark airport later tweeted that flights had resumed but continued delays were expected.

Delays were expected until the aircraft was moved, the FAA said via Twitter.

The left main landing gear was stuck in a grassy area, authorities said. The aircraft was to be towed from the airfield after the passengers left via stairs and rode buses to a terminal.

“Passengers have been safely deplaned following an earlier incident … and the airport is working to resume flight activity,” the airport said via Twitter.

The FAA was en route to begin an investigation, the agency said in a statement via Twitter.