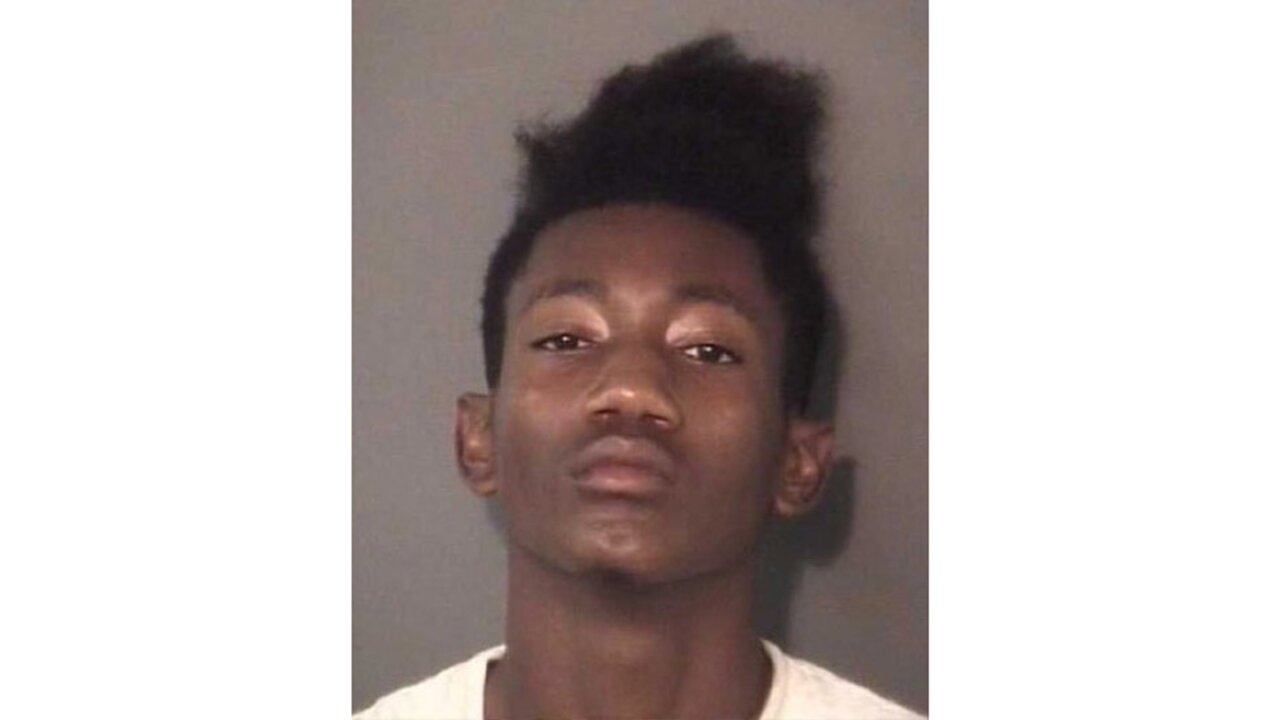 It’s been a crazy 48 hours for Jataveon Dashawn Hall.

Police say the 19-year-old broke into a Mebane, North Carolina, home Friday, where an 11-year-old boy hit him in the head with a machete. He then went to the hospital, only to escape in a gown because he knew authorities were looking for him, police said.

Police caught Hall at his mother’s apartment in Burlington after receiving an anonymous tip, according to a Facebook post from the Orange County Sheriff’s Office.

Hall has been placed under a $100,000 secure bond and is scheduled to have his first court appearance Monday, the post says.

County and state law enforcement and US Marshals were looking for him.

“When Hall left the hospital Friday evening against medical advice, we certainly should have been notified,” Orange County Chief Deputy Jamison Sykes said in a statement. “But most concerning of all is that hospital police did not even know Hall had left the premises almost 10 hours prior. Indeed, Hall’s absence was only discovered when we placed a phone call to them.”

UNC Health Care said it always intends to work closely with law enforcement, and that in such cases hospital staff will often alert authorities when a suspect is discharged.

On Friday night, however, the hospital said its staff was extremely busy taking care of multiple traumas simultaneously.

“We believe this situation highlights the issue that emergency-department nurses and physicians cannot be both caregivers and law enforcement at the same time,” the hospital said in a statement to CNN.

“Our nurses and physicians focus 100 percent of their time on providing care to patients — that is their job,” the hospital added.

UNC Health Care said in an earlier statement that the suspect was in the legal custody of the Orange County Sheriff’s Department, “which did not place an officer with him.”

“It is the responsibility of law enforcement to closely monitor the status of suspects in their custody while those patients are receiving medical treatment,” the statement said.

Johnson said she was on the phone with her son as the intruders broke into the home. Smith had told her a car had pulled into the driveway but she thought nothing of it.

Then a woman knocked on the front door of the house as a man was breaking in through a window, the sheriff’s office said. Smith told authorities another man waited by a car outside the house.

Johnson said she heard the woman yelling to the man that nobody was home, and she called her aunt who then called 911.

The man who entered through the window grabbed a pellet gun in the home and forced Smith into a bedroom closet, the sheriff’s office said.

Smith — a baseball player — left the closet, grabbed a machete and struck a blow to the intruder’s head, Johnson said. She called the experience “horrifying.”

“I don’t think I will get the sound of his voice out of my head,” Johnson said. “He was very, very brave.”

“This is very tough kid who kept his wits about him,” Orange County Sheriff Charles Blackwood said in an earlier statement.

“At the same time, I want to reflect that this youngster, his family and indeed this community, are very lucky this event did not have a tragic ending for the child.”

After being wounded, the intruder kicked Smith in the stomach and the side of the head before grabbing a PlayStation and a television, CNN affiliate WTVD reported.

But bleeding heavily, the man dropped the home electronics and fled with the other suspects, according to the sheriff’s office.

Deputies provided area hospitals with a description of the suspect and his injuries, the affiliates reported.

Hall, who is from Monroe, south of Charlotte, was connected to the case when he arrived at a hospital with a head injury, the sheriff’s office said.

He was facing charges that include breaking and entering, second-degree kidnapping and assault on a child younger than 12 when he left the hospital, according to authorities.

“Not only did this youngster thwart the larceny attempt, he created blood evidence that very well may lead to a conviction in this case,” Blackwood said.