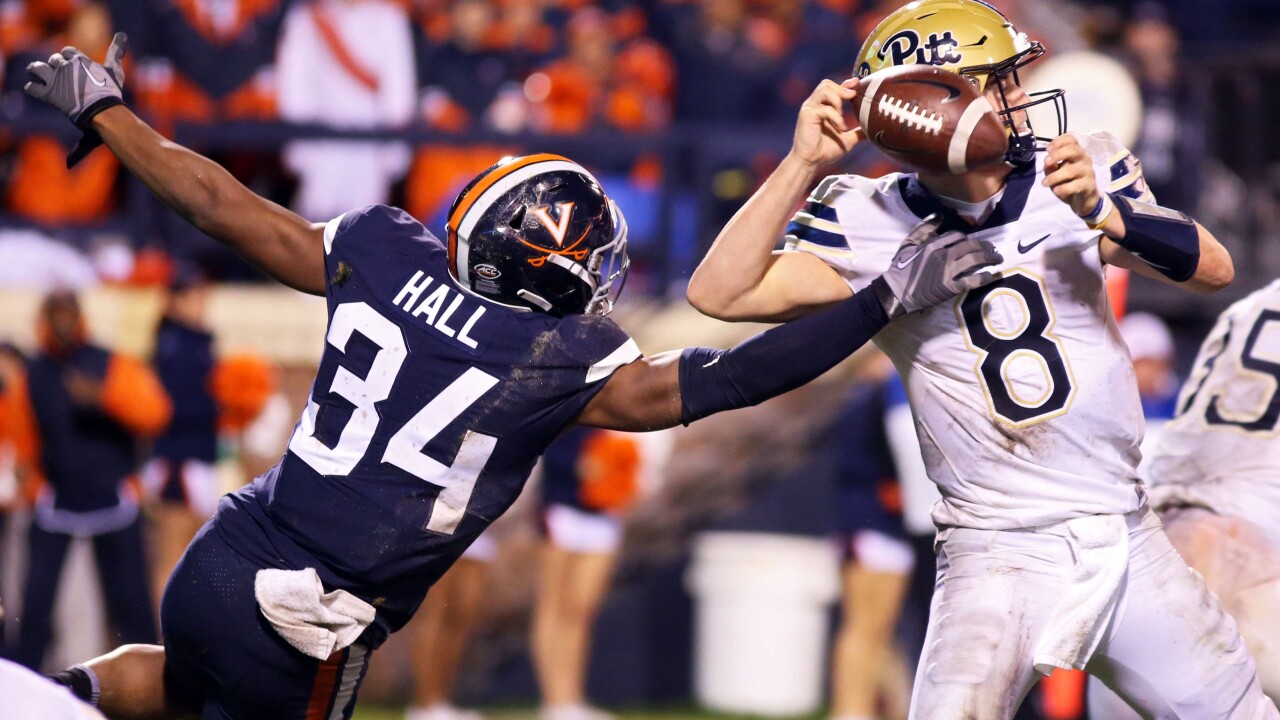 LOUDOUN COUNTY, Va. – The transition to the National Football League could be just a two hour drive away for Virginia cornerback Bryce Hall.

The Washington Redskins are an early favorite as the landing spot for the UVA star come the 2020 NFL Draft.

Hall certainly has the resume to be a first-round pick after leading the nation with 21 pass breakups in 2018, adding two interceptions, two forced fumbles and 62 total tackles.

Bringing Hall in as a replacement for Josh Norman could make financial sense as well, because cutting Norman would save the team $12.5 million while absorbing just a $3 million cap hit, according to CBSSports.com.

Norman, a 31-year-old cornerback and seven-year NFL veteran, shared the team lead with three interceptions during the 2018 season and ranked fourth on the team with 64 total tackles.