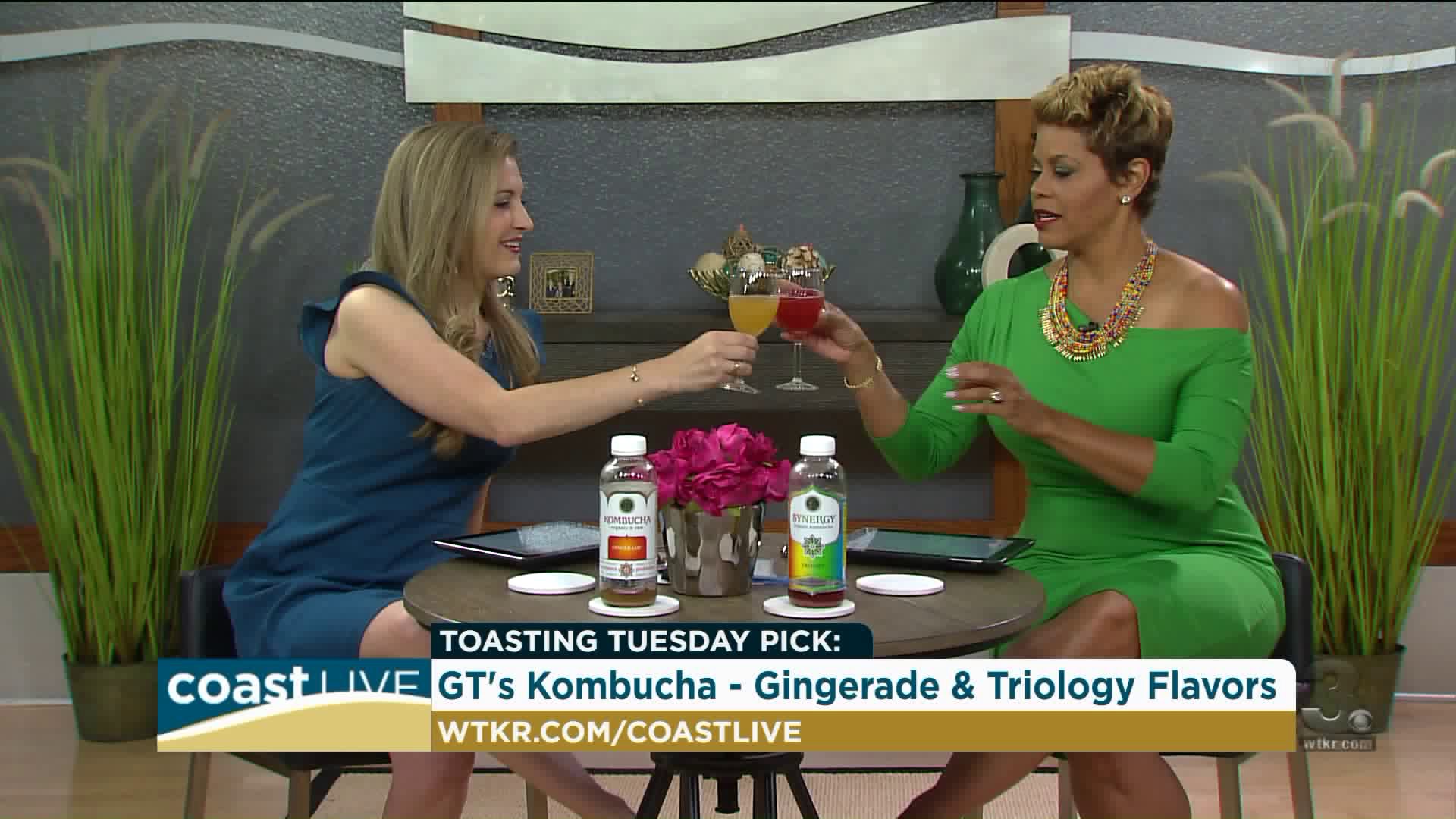 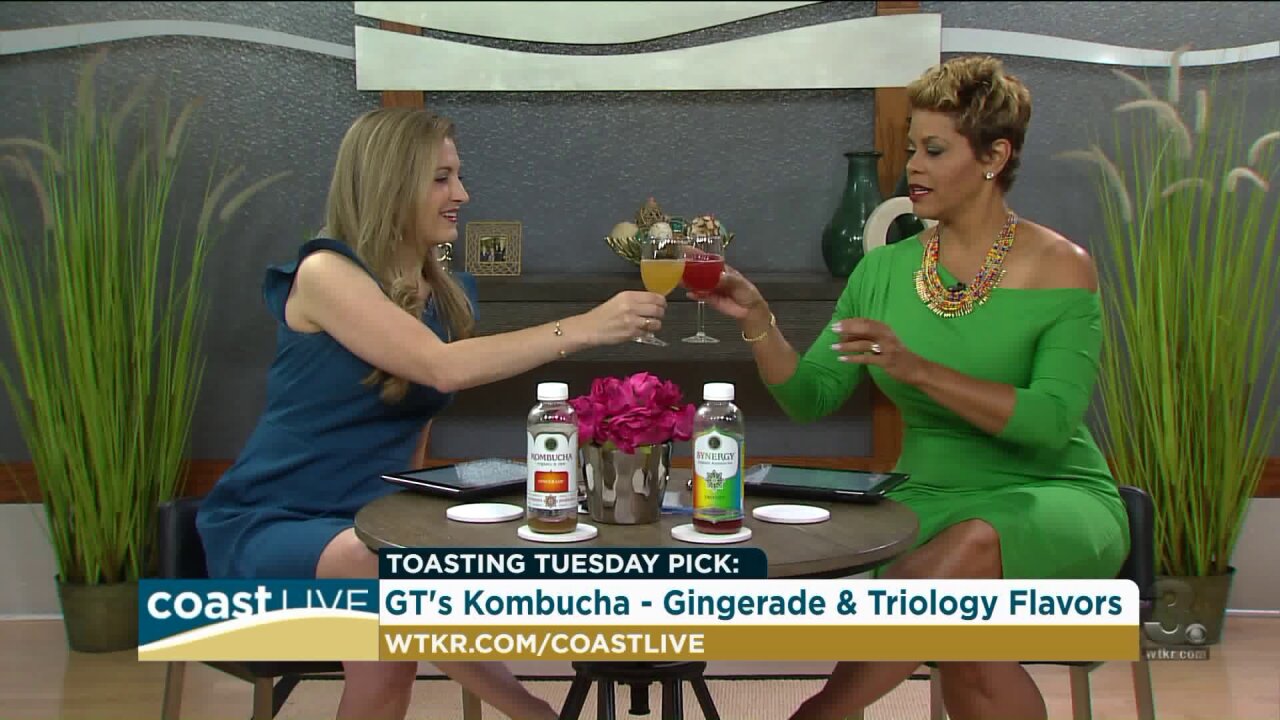 Kombucha is a fizzy, sweet-and-sour drink made from yeast, sugar, and black tea. Much of the bacteria are considered probiotics. Because it’s fermented, Kombucha contains trace amounts of alcohol- usually less than one percent.

We tried two flavors from G-T'S. Gingerade, is organic raw Kombucha made from pressed ginger. The second, is Triology- which combines lemon raspberry and spicy ginger. Both flavors are Vegan, gluten-free and organic, and coast about $3-4 a bottle.