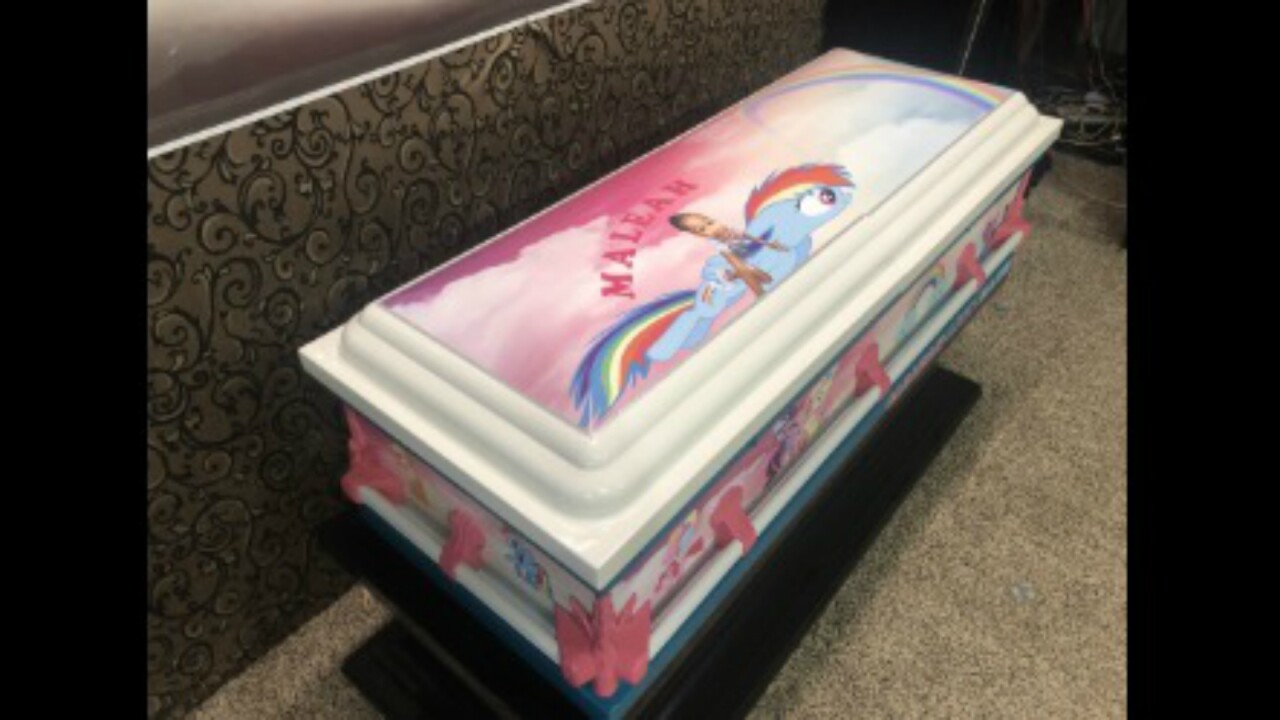 HOUSTON – Maleah Davis, the 4-year-old found dead after she went missing in early May, will be buried in a colorful, one-of-a-kind casket, a tribute to her memory and her grieving family.

The casket was built and donated by SoulShine Industries to the Davis family.

“The casket is the most important part of remembering somebody, so it should be special,” said company owner Trey Ganem told CNN.

Ganem said he received over 200 calls from the community asking him to make a casket for the Davis family. She will be buried in a private funeral Saturday.

“It was such a blessing to provide something special for this loving family,” Ganem said.

The casket designer Courtney Sublett told CNN she worked closely with the family and the theme quickly became apparent. The final product was a white casket covered with rainbows, the color pink, “My Little Pony,” and even a portrait of Maleah.

“It’s such a tragic thing, I’m glad we could bring a little light to her story,” Sublett said.

The funeral home that is hosting the funeral, Richardson Mortuary, has been collecting flowers and condolences on behalf of the family, according to CNN affiliate KTRK.

Toys and teddy bears are also being collected at the apartment complex where the Davis family lived. A sign says the items will be displayed at the funeral and then donated to the Houston Fire Department.

Maleah’s remains were found in Arkansas May 30, according to Houston Police Chief Art Acevedo. Her mother’s former fiancé, Derion Vence, is charged with tampering with a corpse in connection to Meleah’s death.