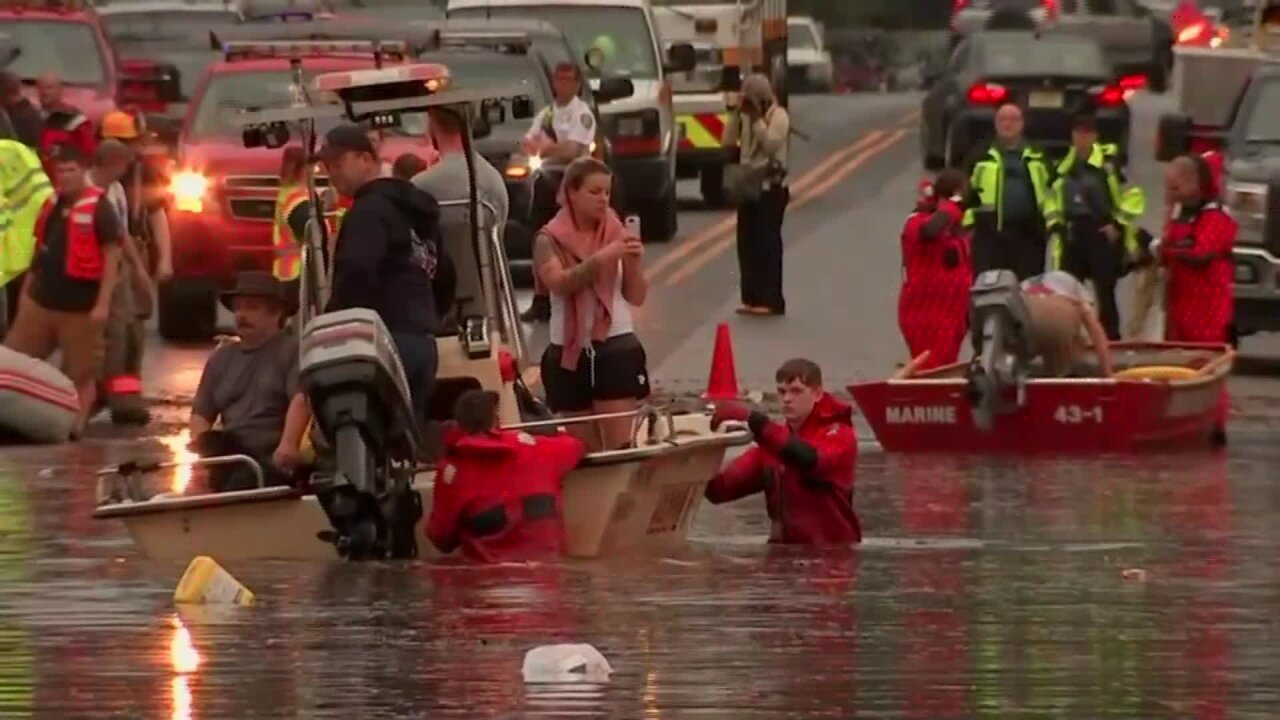 **Embargo: Philadelphia, PA** Flash flooding was prompting rescues from homes and cars in the Philadelphia area, including southern New Jersey, where high water also closed parts of Interstate 295 for hours.

Flash flooding was prompting rescues from homes and cars Thursday morning in the Philadelphia area, including southern New Jersey, where high water also closed parts of Interstate 295 for hours.

Heavy rains Wednesday into Thursday morning — up to 5 inches in some places — caused creeks and streams to flood, trapping some cars in knee-deep water on roads and seeping into homes near Westville, New Jersey, across the Delaware River from Philadelphia.

A swollen creek flooded part of I-295 near Bellmawr for hours early Thursday, trapping some motorists that had tried to drive through it.

By 6 a.m. Thursday, the trapped cars on I-295 had been towed and the floodwater was receding, but it was still too deep for cars to cross, leaving a large backup of vehicles on either side, CNN affiliate WPVI reported.

The highway reopened by 7 a.m., the station reported.

In nearby Westville, rescuers were using boats to take people from homes surrounded by floodwater.

Jessica Archer told CNN affiliate KYW that a fire department crew woke her up around 4 a.m. to tell her floodwaters were encroaching her Westville-area home.

“We come outside and it’s up to our front door. … It was seeping in. Our basement is completely flooded, so it was coming in through there,” she said.

“I grabbed my rabbit, I got the dog, I got all the food possible, and I just waited for them to bring the boats to us to get out,” she told KYW, after rescuers ferried her to dry land.

In Pennsylvania, state police said they helped rescue an unspecified number of motorists trapped on roads early Thursday in the Philadelphia area.

Rain was coming to an end in the region Thursday morning, but residual flooding is expected to continue into the afternoon, the National Weather Service said.

Flood warnings were in effect into Thursday afternoon for counties in southeastern Pennsylvania, southern New Jersey and northern Delaware.

A flash flood watch will be in effect until early Friday for a larger portion of the region, including parts of northern Delaware, northeastern Maryland, New Jersey, and eastern Pennsylvania, the weather service said.