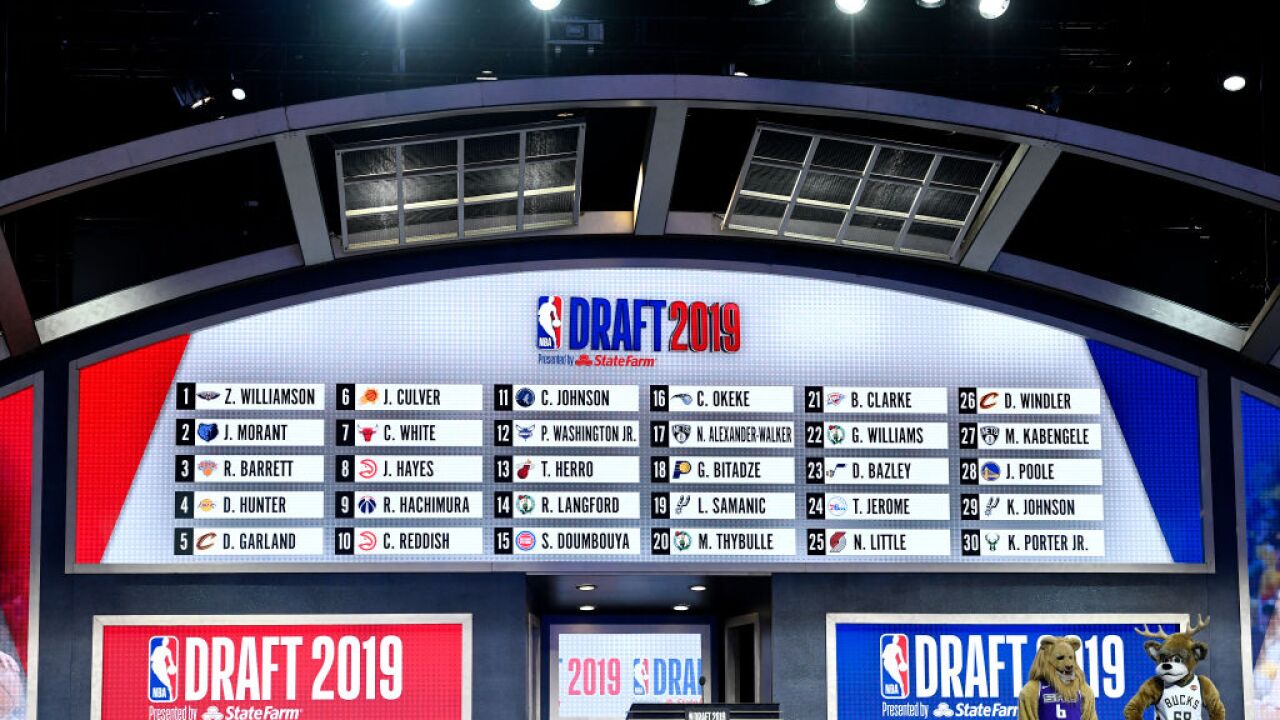 NEW YORK, NEW YORK – JUNE 20: The first round draft board is seen during the 2019 NBA Draft at the Barclays Center on June 20, 2019 in the Brooklyn borough of New York City. NOTE TO USER: User expressly acknowledges and agrees that, by downloading and or using this photograph, User is consenting to the terms and conditions of the Getty Images License Agreement. (Photo by Sarah Stier/Getty Images)

PORTSMOUTH, Va. – One of the premier scouting invitationals for professional basketball had five of its prospects taken in the 2019 NBA Draft.

Five players who participated in the 67th Portsmouth Invitational Tournament in April were taken in the second round of the draft held in Brooklyn, New York, Tuesday night.

PIT officials added that in addition to the five players drafted, 63 out of the field of 64 players from the 2019 PIT
were invited to at least one NBA tryout camp.

The Portsmouth Invitational Tournament – which is held at Churchland High School – is the United States oldest amateur basketball tournament.