NORFOLK, Va. - A man who was taken to the hospital after a Norfolk house fire on Friday passed away due to their injuries on Monday.

Norfolk Fire-Rescue responded to a two-story home in the 400 block of W. 28th Street for a fire Friday afternoon. Crews said heavy fire was showing from the house when they arrived.

Neighbor Fred Williams, who lives next door, told News 3 reporter Margaret Kavanagh he heard a loud explosion while he was watching TV.

"I thought the house was falling down. That's what it felt like to me," Williams told us.

He rushed outside to find his neighbor, 67-year-old Clinton Green, with flames coming from his shirt. Green was a resident at the address. 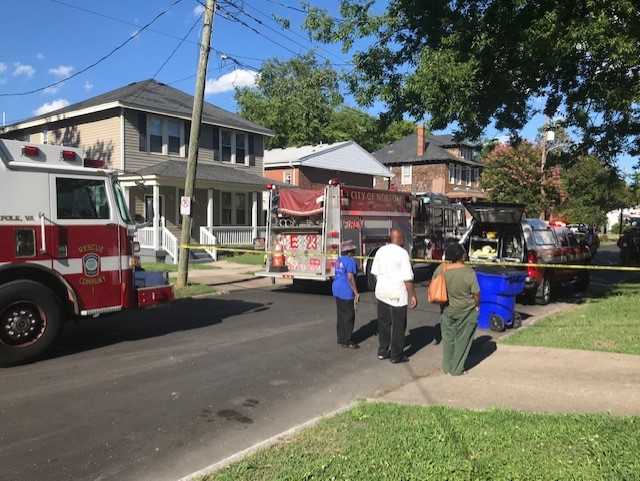 Williams called 911, and firefighters rushed to the scene. The victim was taken to Sentara Norfolk General Hospital for treatment.

The windows of Green's home were blown out, and Williams' home was also damaged.

Firefighters said the fire was under control by 5:25 p.m. Officials said one firefighter suffered minor injuries but is expected to be okay.

The fire is still under investigation but does not appear to be suspicious at this time.

The victim's condition is unknown.