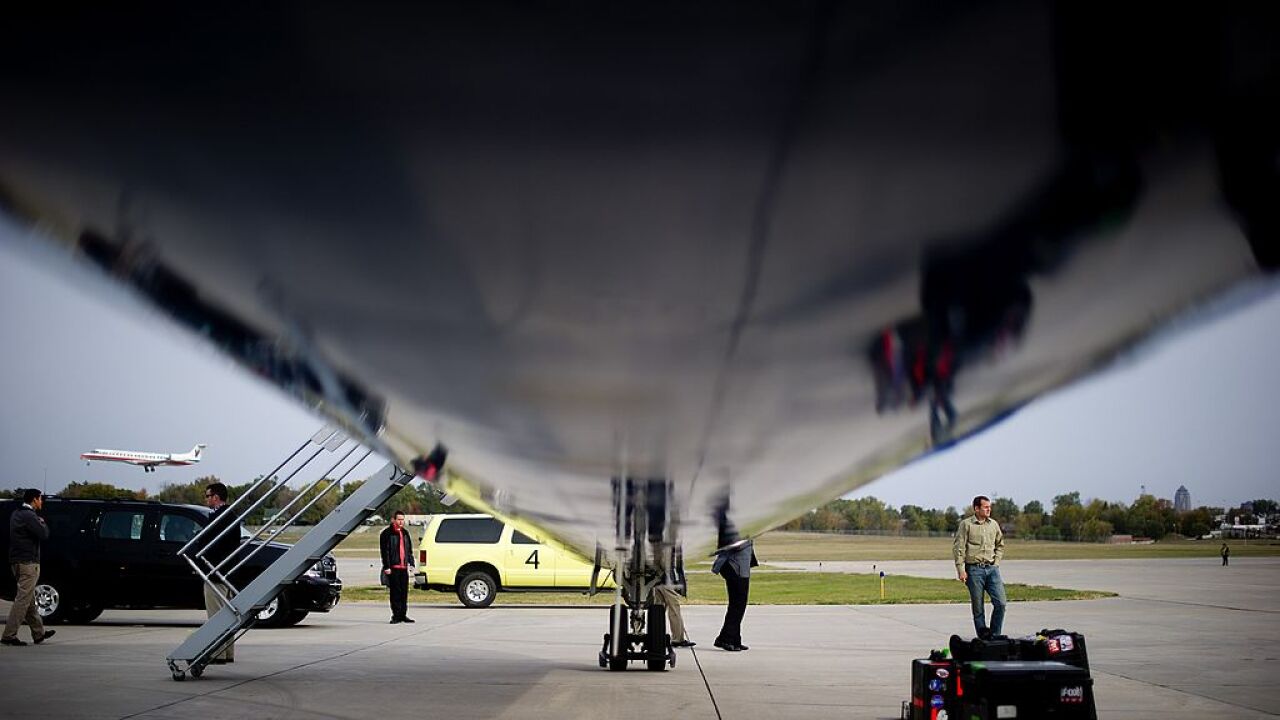 US Republican presidential candidate Mitt Romney’s staff members take equipment off the campaign plane at the Newport News – Williamsburg International Airport in Newport News, VA, October 8, 2012. As the election draws nearer, the press pool and staff member work around the clock in plain sight, as well as behind the scenes, as US Republican Presidential candidate Mitt Romeny travels across the country to deliver his message. AFP PHOTO/Jim WATSON (Photo credit should read JIM WATSON/AFP/GettyImages)

HAMPTON ROADS, Va. — The Federal Aviation Administration announced that is would be providing $2.8 million to Newport News/Williamsburg International Airport as part of $8.7 millions going to improve infrastructure at Virginia airports.

The funds from the FAA will go toward a service road for the airport.

A total of 358 grants from the FAA will benefit 327 airports nationally. The administration said some of the projects selected include runway reconstruction and rehabilitation, construction of firefighting facilities, and the maintenance of taxiways, aprons and terminals.

For other Virginia airports earning funding, Leesburg Executive Airport will be receiving $900,000 in funding for runway and taxiway improvements, while the majority of the funds for Commonwealth airports will go toward Ronald Reagan Washington National Airport in Arlington. It will be receiving $4.9 million to help reconstruct aprons at the airport.

U.S. civil aviation accounts for $1.6 trillion in total economic activity and supports nearly 11 million jobs, according to the FAA.

For more on the grants being given out by the FAA, click here.