HAMPTON, Va. – The mother of 2-year-old Hampton boy Noah Tomlin has been arrested in connection with the toddler’s disappearance, police said in a press conference Friday night.

Julia Tomlin was charged with three counts of felony child neglect, and she is currently in custody at the Hampton Police Headquarters. Police have presumed Noah to be dead.

Police say the toddler, who was last seen wearing a white and green pajama shirt and a diaper, was last seen around the Bayside Mobile Home Village around 1 a.m. Monday. Authorities also searched near that area.

In a Monday Facebook video, Sult said Noah was reported missing at 11:35 a.m. He was put to bed Sunday night, and his mother hadn’t seen him since.

After a number of searches, police were unable to find Noah and have called in additional resources. The Hampton Police Division received assistance from the Virginia Department of Emergency Management search team, and they requested help from the Virginia State Police mobile command post.

The department also called in the FBI to assist with the investigative side of the case.

“We’re turning over every stone,” Chief Sult said. “We’re doing everything we can to bring this child home safely.”

Sult added they wouldn’t rule anything out until they find Noah and said while they’re were taking this as a worst-case scenario, they were hoping for the best. 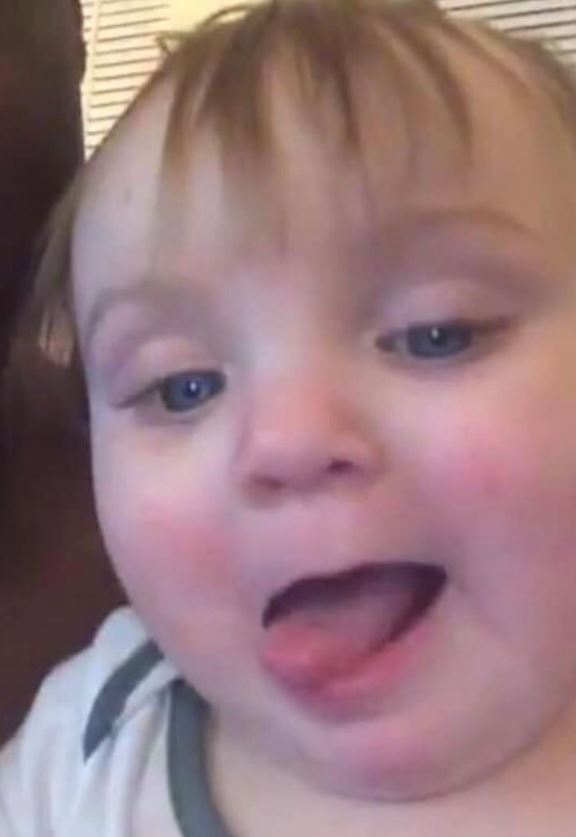 Tuesday, searches spread to the air and the water. On the ground, they focused their search on the area of Hampton between Salt Pond and a mile south of the child’s home.

In Tuesday’s briefing, police said they did not find any evidence that said whether or not the child walked away from their home or was abducted. They also did not say if the child had gotten out of the home before.

Police continued to search the area in full force through Tuesday evening. In another press briefing late Tuesday night, police said they were going to slowly shift their focus throughout different areas of the city after feeling confident they had “exhausted all reasonable efforts and all reasonable resources” in the current location.

The toddler’s parents were initially at police headquarters on a voluntary basis. At that time, there were no charges against them and they were cooperating with law enforcement, police told News 3.

“What we know today [Wednesday] has not changed much since the first announcement,” said Hampton Police Chief Terry Sult.

In Wednesday’s press conference, Sult said they were hoping for Noah’s safe return but added, “we are looking at all potential aspects that this case can lead us to.”

Sult said this included looking in the city landfill. Even though they didn’t have reason to believe Noah is there, Sult said his department and those working with them wanted to exhaust every option.

Sult also shared details of the search, such as places they have looked and that they have used drones in the effort to find Noah.

While Noah’s home was still blocked off with caution tape, police searched the landfill for any clues where the 2-year-old could be.

Wednesday, police said they were looking into the possibility that Noah could have been taken out of state or the chance that he was with another family member. They asked the public to check their surveillance cameras to see if they could have picked up on Noah’s movements.

Dozens of city employees were involved in a meticulous search for evidence at the landfill, which continued into Thursday night. It’s just down the street from the fire station, which had become a rally point for the dozens of people who geared up to search for clues that could lead investigators to the toddler.

Police say there was nothing specific that lead them to the landfill, but said it was a logical place for them to continue the search.

As word got out that Noah had disappeared, neighbors came out to help look for the boy. Soon after, police asked the community to step back and let them canvas the area to make sure no one had accidentally tampered with evidence.

Investigators did not say if they found anything of significance.

“We did four search phases in the immediate area of Buckroe Beach where Noah was last seen. The fifth stage is the landfill, so from our previous experience in previous investigations, this is one of the elements that needs to be explored for a missing person cases,” says Hampton Police Sgt. Reginald Williams.

Responding to several inquiries they had received about police presence at the landfill, the Hampton Police Division said they were “taking all efforts to search for, preserve and recover any evidence that could lead to Noah’s return.” Authorities said while they “do not have anything specific leading us to that location,” they are “making necessary efforts to preserve and identify potential areas that may be of future evidentiary value.”

A “Bring Noah Home” vigil is scheduled to take place on Saturday, June 29 at the corner of S. First Street and Seaboard Avenue. It will start with a prayer at 8 p.m., and attendees are encouraged to bring a candle for the candle lighting at 8:30 p.m.

This is still an active and fluid investigation.

Call the Hampton Police Department at (757) 727-6111 if you have any information that could help police.