NORFOLK, Va. — Thousands of Sailors across Hampton Roads are taking part in a competition this week that at the core is a demonstration of readiness.

Sponsored by Commander, Naval Surface Force Atlantic, the competition is "a long-standing tradition that showcases the readiness, proficiency, and
warfighting skills of the surface force, while also enhancing camaraderie and team building," according to the Navy.

Approximately 2,000 Sailors, Marines, and Navy civilians are expected to take part in more than 30 events over the course of the week.

Those events include shiphandling, damage control and welding.

On Tuesday, News 3 was on hand as Sailors competed in the Seamanship Olympics competition at the Navigation Seamanship and Shiphandling Trainer on Naval Station Norfolk.

"Really it’s kind of a culminating event of our training that we do as mariners in the surface warfare community," Lieutenant Rosemarie Spuhler explained to News 3 anchor Todd Corillo.

Lt. Spuhler serves as the Operations Officer on the USS Cole. The competition for her provided an opportunity to keep skills sharp, considering the Cole has been in a maintenance period.

"We’ve been in the yards for about a year, so readiness is a message we have to constantly talk about," Lt. Spuhler commented. "For me, even if it’s a simulator, it’s still me getting behind the wheel and practicing. It’s definitely one of those skills that can kind of wither away if you don’t keep up on it."

"It showcases not only the team spirit and competitive nature of our warriors, but it also speaks to the readiness of our force," Rear Admiral Wilson told Corillo.

Shiphandling has been a focus of efforts in the Navy following two collisions in the summer of 2017 involving the USS Fitzgerald and USS John S. McCain killed 17 Sailors.

"This environment gives you the opportunity to practice over and over again those sets and reps to build that operational safety," Rear Admiral Wilson commented. 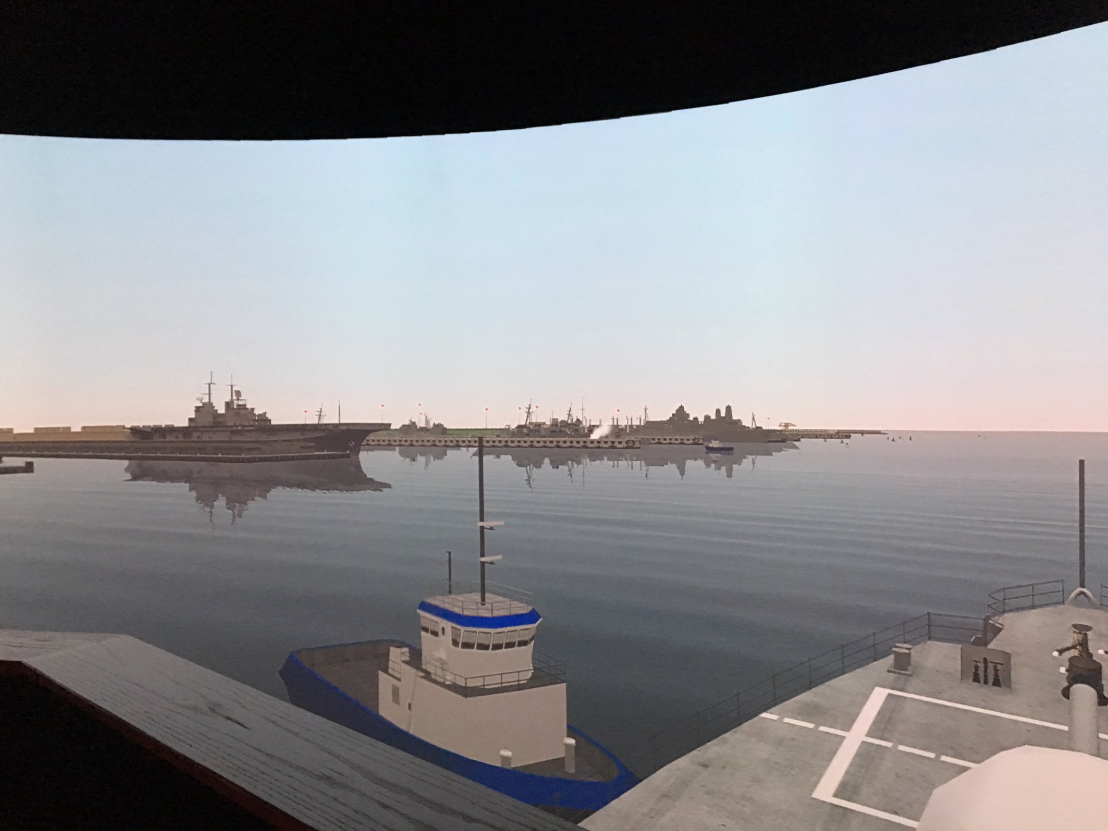