This is what an erupting volcano looks like from space 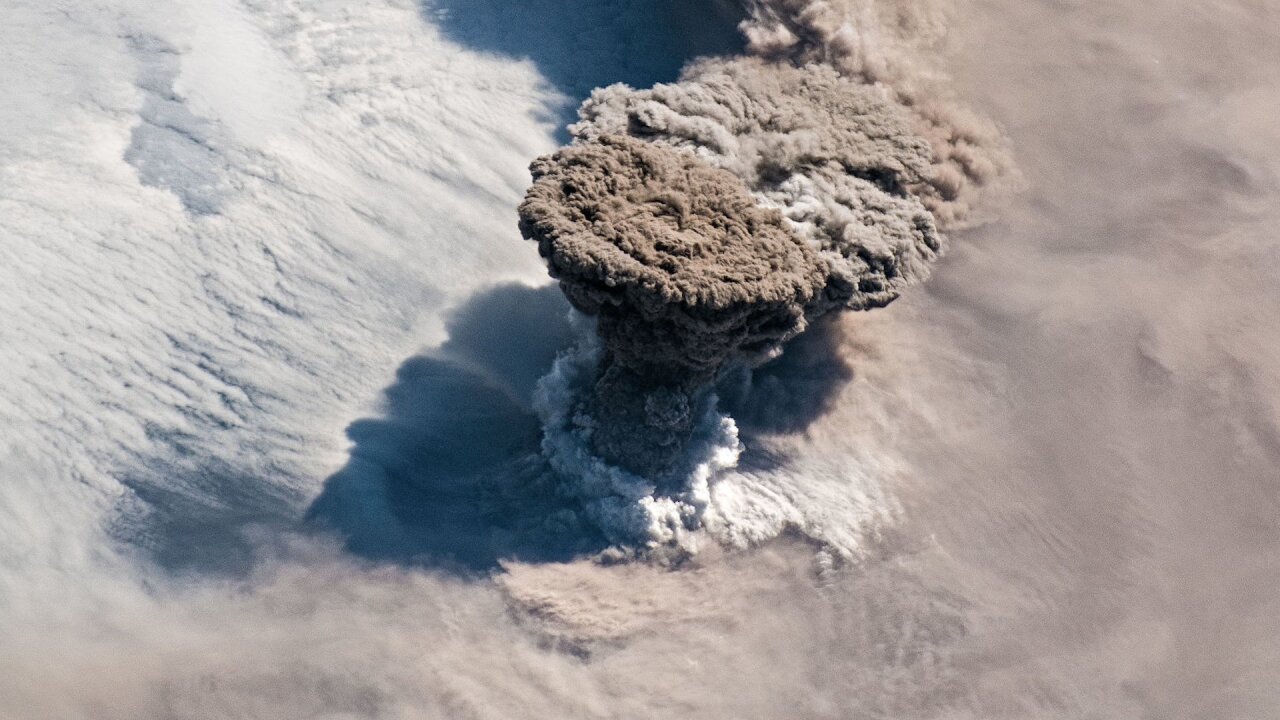 Volcanologists are keeping a close eye on a volcanic plume that reaches this high, as it can effect aviation and the climate.

The Raikoke volcano rarely ever erupts, but when it does, it goes big.

Astronauts and several satellites captured images of the volcanic eruption from space early Saturday morning. The plume from the eruption may have reached an altitude of 8 miles high, according to the Volcanic Ash Advisory Centers in Tokyo and Anchorage.

Volcanologists are keeping a close eye on a volcanic plume that reaches this high, as it can effect aviation and the climate.

Raikoke is an uninhabited volcanic island in the northwest Pacific Ocean, off the coasts of Russia and Japan. The volcano is not nearly as active as many of its neighboring islands on the Kamchatka Peninsula.

The most recent Raikoke eruption was in 1924 and before that in 1778, according to a release from NASA’s Earth Observatory.

The volcanic ash and gas rises in a narrow column and spreads out in the upper part of the plume in the shape of an umbrella, as seen in images taken by astronauts at the International Space Station.

“What a spectacular image,” Simon Carn, a volcanologist at Michigan Technological University, said in the NASA press release. “It reminds me of the classic Sarychev Peak astronaut photograph of an eruption in the Kuriles from about ten years ago.”

According to NASA, the ring of clouds at the base of this column appear to be water vapor.

Volcanologists keep a close eye on plumes that reach this level of the stratosphere, as they can have a large effect on both aviation and climate.