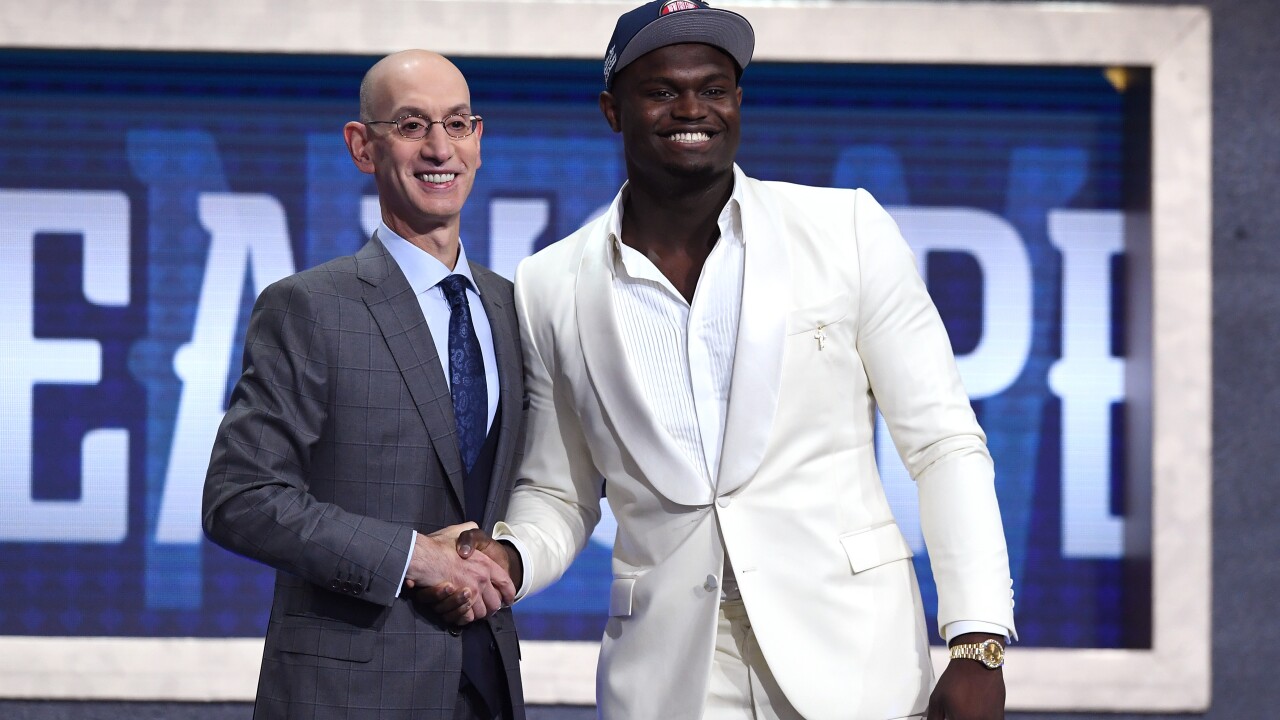 NEW ORLEANS, La. – The NBA has never seen a rookie like Zion Williamson – and he hasn’t played a game yet.

The former Duke star, who is potentially the most-hyped NBA prospect since LeBron James, is shattering NBA rookie jersey sales records. According to the website Fanatics.com, Zion’s jersey/tee-shirt sales since being selected number one overall by the New Orleans Pelicans in last week’s NBA Draft, have surpassed the total sales for every 2018 first round pick…combined.

The New York Post reports Zion’s jerseys are selling for $110 and his t-shirts are going for $32.

A consensus first-team All-American and the AP, USBWA and NABC Player of the Year, the ACC Player of the Year and the ACC Tournament Most Valuable Player, Williamson was a force on both ends of the floor last season for the Blue Devils. He finishing tied for the ACC lead in scoring with 22.6 ppg, third in rebounding (8.9 rpg), second in steals (2.1) and fifth in blocks (1.8). His .680 field goal percentage led the ACC and ranked second nationally.